If you aren’t installing Cumulative Updates for SCCM 2012 SP1/R2, you are setting yourself up for a lot of extra work! Issues that you have with SCCM are likely fixed with one of these updates. This is especially true if you plan to start using a role in SCCM (for example, operating system deployments). Instead of spending hours troubleshooting a problem, keep your SCCM infrastructure updated and avoid the problem altogether!

Cumulative Updates should not be thought of as a standard single issue hotfix. Rather, they are a collection of fixes and feature enhancements. Today, we are going to install Cumulative Update (CU) 3 for SCCM 2012 R2. These steps are the same for 2012 SP1 and are identical for nearly all CU installations. 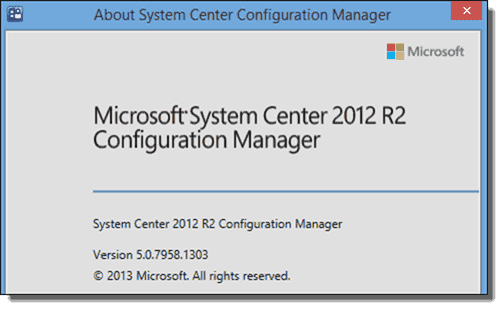 A SCCM 2012 R2 environment without the current Cumulative Update

Getting the correct SCCM Cumulative Update and installation checklist

CU3 for SCCM 2012 R2 can be downloaded from here. If you are unsure of the latest available CU for your product, check out the Configuration Manager Team Blog. All CUs are announced there.

Before installing the update, you need to check your site status, back up your database, and ensure all pending reboots are cleared. Launch the Configuration Manager console and navigate to Monitoring/System Status/Site Status. All roles should be normal. If you have any roles in a warning or error state, resolve those issues now. 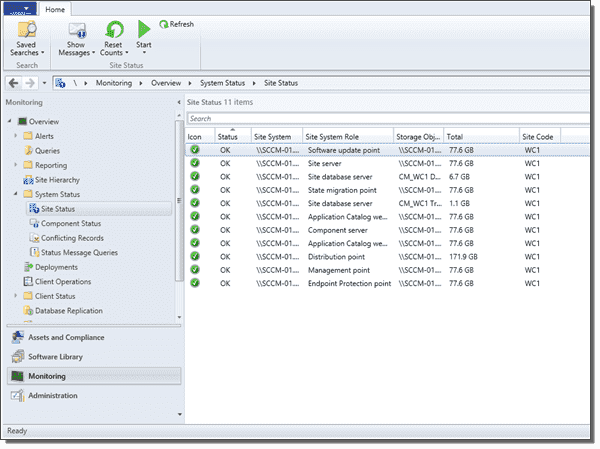 Ensure that you have a recent backup of your SQL database, as this CU will make changes to the database. If you do not currently back up your SQL database, read more about backups in Configuration Manager 2012 here. Finally, check your servers for pending reboots, or reboot your servers manually. I use Server Manager to achieve this. Servers with a pending reboot will report their manageability as Online – Pending Reboot. 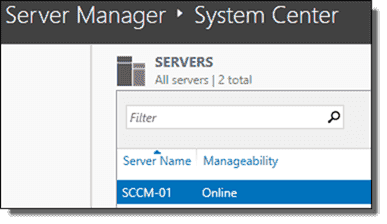 The SCCM Cumulative Update process has three major steps. First, you apply the update to the site server. Next, you install the updated console on administrative machines. Finally, you deploy the updated Configuration Manager client packages.

For safety, close the Configuration Manager console on any administrative machine. On your site server, launch the CU install and proceed through the wizard. 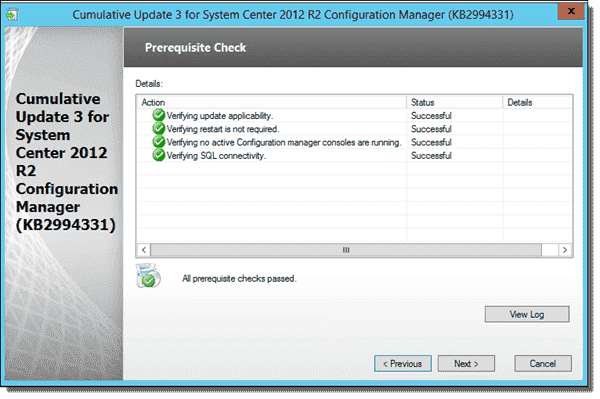 The CU update will create new client and console packages for deployment. By default, these installs are stored in \\SITE-Server\SMS_SITECODE\hotfix\. 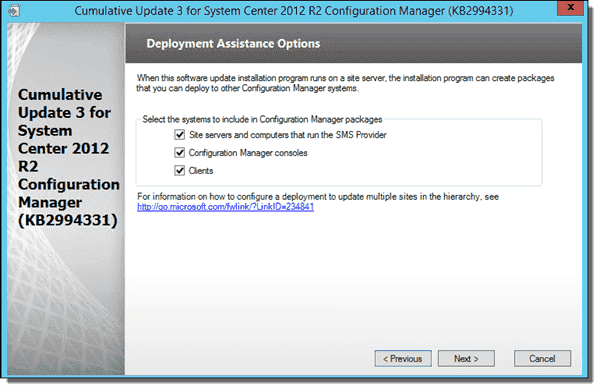 Creating packages for each update component in SCCM 2012

In my environment, the install took about 15 minutes. If you have any issues, you can view the installation log in C:\Windows\Temp. 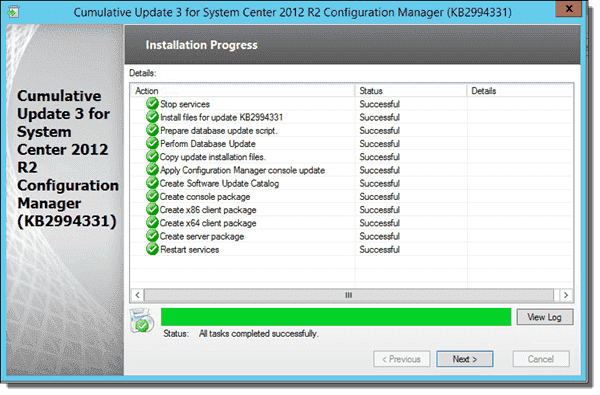 Site server that has been successfully updated to the current CU

You will need to repeat this process for all site servers in your Configuration Manager hierarchy. Restart your site server(s) before proceeding to the next part of this guide. Once your server is back up, you can verify the installation by navigating to HKEY_LOCAL_MACHINE\SOFTWARE\Microsoft\SMS\Setup and checking the value of CULevel. For CU3, the value should be 3. 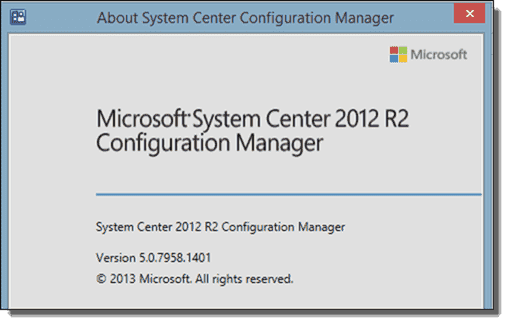 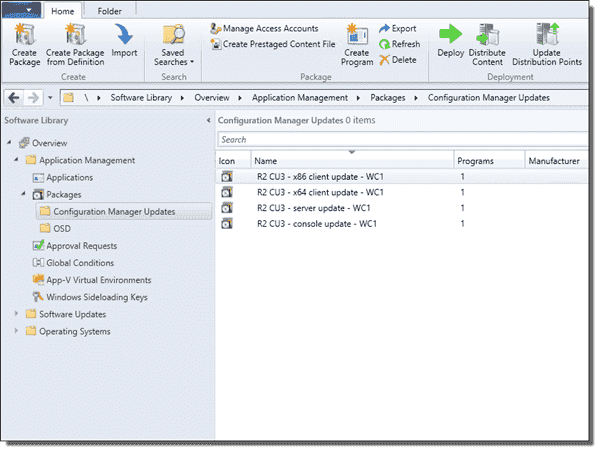 Start by deploying the console update to any machine with the Configuration Manager console. You can use this query to create a collection that targets just those machines:

Be sure to edit the DisplayName line to reflect the console name used in your environment.

Finally, deploy the client packages to their correct architecture. If needed, you can use this query to create a collection for x64 clients or to modify it for x86 clients:

With your client updates being deployed, you have successfully updated your Configuration Manager infrastructure to the latest Cumulative Update! If you ran into any issues or have any other update tips, be sure to post a comment below.