Please edit this document if you spot an error or if you want to add information.

The Windows PowerShell Compatibility Pack is already available in the PowerShell Gallery. It allows you to import existing modules in PowerShell 6.x and use them like if you are in a PowerShell for Windows console. However, you must be aware that this works fine with a lot of modules but not with all of them. It's up to you to try which modules can be used with this method or not.

To download and install the module on a computer

After that, you just have to import the WindowsCompatibility module once per session and use the Import-WinModule cmdlet for every non-compatible module you want to run on PowerShell 6.x

If you want to know what PowerShell version you are using, you can run the $PSVersionTable command.

This also works with PowerShell Core on different operating systems. 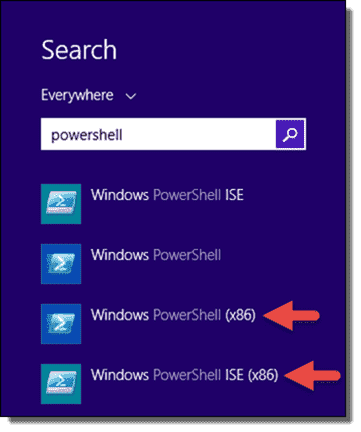 By and large, the 64-bit and 32-bit PowerShell versions are compatible, and you shouldn’t notice much of a difference. Problems can arise if binaries are involved. For instance, if you want to extend PowerShell with snap-ins (compiled cmdlets), you have to ensure that you download the correct version. You can also run into problems if you want to instantiate an object of a 32-bit application (Microsoft Office, for example) with the 64-bit version of PowerShell.

You can check whether you are in 32-bit or 64-bit shell with [Environment]::Is64BitProcess. If you are running PowerShell 64-bit, you will receive True as output; otherwise, you’ll receive False.

Does Windows PowerShell have a future?

No, the future belongs to PowerShell Core. As things stand now, Microsoft will only provide bug fixes and security updates for Windows PowerShell. Only PowerShell Core will receive feature updates.

Should I still work with Windows PowerShell or switch to PowerShell 7 now?

This depends on your environment. If all of your systems have PowerShell 7  installed, you might consider moving now. However, PowerShell 7 still has compatibility issues with some modules. Thus, you should have to make sure first that all required modules are available. For more information read this article:

Can I run Windows PowerShell and PowerShell 7 on the same Windows computer?

No, use Visual Studio Code instead for PowerShell Core.

Previous PowerShell updates were fully backward compatible. This only applies partly to PowerShell 7. Because PowerShell 7 is a cross-platform edition of PowerShell, Microsoft made a few compromises. This means you have to test each and every Windows PowerShell script to make sure it also works on PowerShell 7.

Will all scripts I write for PowerShell 7 run on all supported platforms?

Basic scripts will run on all platforms. However, considering the huge differences between the supported platforms, you have to test each script on all platforms it is supposed to run on.

No, many complex modules have to be adapted for PowerShell 7. In some cases, different module versions exist for both PowerShell editions.

Why can't I launch PowerShell 7 with powershell.exe on a Windows computer?

I can't find the official documentation for PowerShell 7. Where is it?


I have an unanswered question about the differences between PowerShell 7 and Windows PowerShell. Where can I ask it?

Ask in the PowerShell forum.

Should I extend this FAQ by editing this wiki doc?

You can download PowerShell for every operating system here.

How to install PowerShell 7 on Windows and Linux

How to install and upgrade to PowerShell 7.1

PowerShell 7.2: New features in the Preview