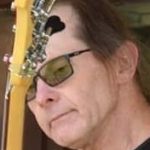 Started in a local HMO in 1983-84, as paid internship before earning associates in data processing. HMO work: saves on IBM S/34, work on migration to new system on VAX 11/780, wiring building, managing Tellabs mux’s. Moved to current position in 1986 as system administrator. Continued working in VAX/VMS environment, branching into networking of lab computers on campus. Responsible for logon name creation/removal, along with printer configurations on campus.  Evaluated and selected Novell NetWare to continue networking desktop computers around campus, starting with NW2.0a and continuing through to NW6.5 through the years, then Active Directory became a requirement, creating a migration effort from eDIrectory to AD. User logons are mostly automated and integrated with the Banner system.  Printer management has transitioned from using PCounter, since it supported both Netware and AD, to using Papercut MF. Most servers are guests in vSphere hosts, running Windows and a number of linux flavors. User accounting and better management of Windows computers is the next major effort. Now one of 5 sysadmins, each with specialty, mine being mostly Windows Servers, printing, configuration and management of user accounts, using powershell where possible. Shifting to Powershell 7 to update the Windows Powershell scripts written over the past several years. Always learning more, hoping to displace vbs scripts that are still in use.