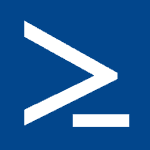 Unable to retrieve full list of AD users with PowerShell

This topic is resolved