If I had to compare Work Folders to another product, it’s probably most like Dropbox, SkyDrive, or SkyDrive Pro in that it allows you to synchronize a folder across multiple devices. The biggest difference between Work Folders and other third-party cloud-based solutions is that Work Folders can run off your existing infrastructure (assuming you’ve upgraded to 2012 R2) using your file server as the repository and that it doesn’t rely on a service provider. 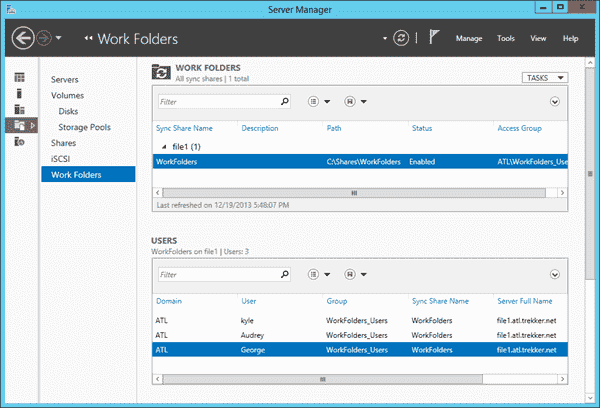 If there are cloud-based services for syncing files between multiple devices, why would someone want to implement Work Folders? Services like DropBox and SkyDrive are consumer services and lack quite a few of the management features that many IT departments require. SkyDrive Pro is an Enterprise product, but it requires you to run SharePoint 2013 (and the required server infrastructure) or host it offsite with Office 365 or a service provider.

Work Folders allows you as an IT admin to keep control over your organization’s data by running it on your own infrastructure without having to implement additional on or off-site services. All you need to get it up and running is a server running Windows Server 2012 R2.

When configuring Work Folders, you can require encryption on the remote device as well as when the data is in transit. You also have the ability to require a lock screen password on user devices even if the devices aren’t domain-joined or remotely managed. And, by having the data syncing to your server, you control backup, quotas, and the ability to classify data when it is synced to the data center.

As of the writing of this article, Work Folders only supports Windows 8.1 RT, Windows 8.1, Windows 8.1 Pro, and Windows 8.1 Enterprise. There have been no official announcements or timelines released for the support of additional operating systems or devices. The choice to ship this feature without support for earlier versions of Windows, iOS, and Android confusing to say the least.

As Microsoft continues their move to become a ‘devices and services’ company, I don’t understand how they can ignore such huge parts of the device market and still want customers to embrace a new feature like Work Folders when there are other established cross-platform alternatives on the market. It’s pretty easy to make the argument that the devices that already exist in the Enterprise should be supported early, if not first. 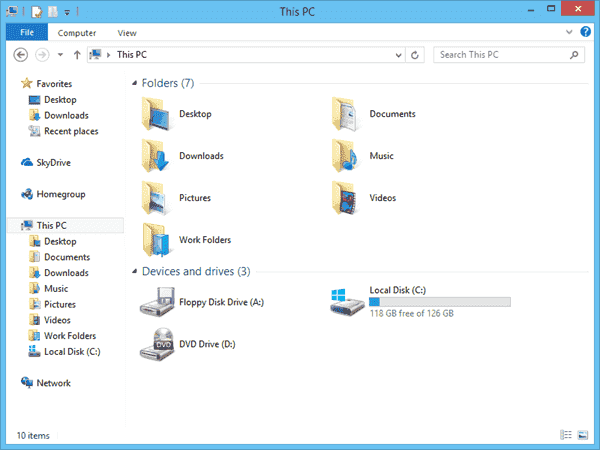 But, there is good news on the device support front: During an interview at TechEd North America 2013 in New Orleans (), Nir Ben-Zvi from Microsoft did say that support for Windows 7, 8, and iPad would be coming in the future, but didn’t give any kind of timeline. In a follow-up TechNet Forum post he confirmed that information, but also said that there wasn’t “anything firm” on Android, Mac, or the phone form-factor. So, there are updates coming, we just don’t know when quite yet.

In Part 2 of this series on Work Folders, we’ll discuss setting up Work Folders on the server side.