Kyle Beckman  Mon, Apr 20 2015Sat, Apr 18 2015  apple, file tools  3
On April 3, 2015, the Work Folders app for iOS was updated in the Apple App Store to a Universal App, with support for both iPad and iPhone. In this article, I’ll review the iPhone version of the app and show some of its features.

As you may remember from our previous coverage, Work Folders allows organizations to run a local folder-sync service similar to Dropbox or OneDrive, using a plain vanilla copy of Windows Server 2012 R2, without having to buy any extra software or subscribe to services such as Office 365. Users with Windows 8.1, Windows 7 (note: Windows 7 computers must be domain-joined), and iOS (both iPad and now iPhone) devices can sync those devices with a server that the corporate IT department manages. 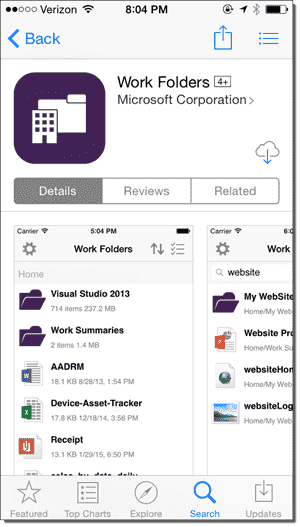 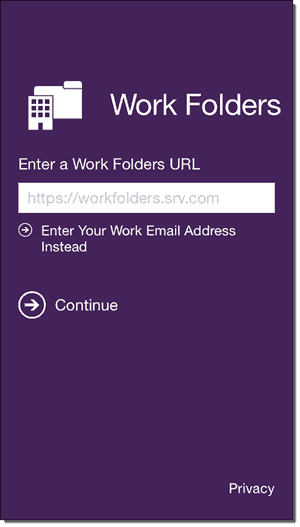 If your setup has users on multiple Work Folders servers, or if, for whatever reason, you can’t set up the required DNS records, the user can tap Enter a Work Folders URL Instead to manually enter the URL of the server. 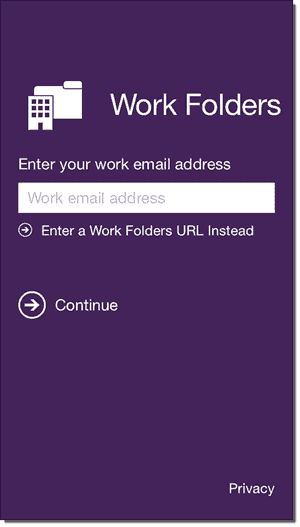 After the app determines the server URL via the user’s email address or the user manually enters the server information, the app prompts the user to sign in with credentials. As with the previous version, I didn’t need to enter DOMAIN\ in front of my username to get Work Folders to start synchronizing. But the same warning applies as before: your mileage may vary depending on the complexity of your Active Directory environment. 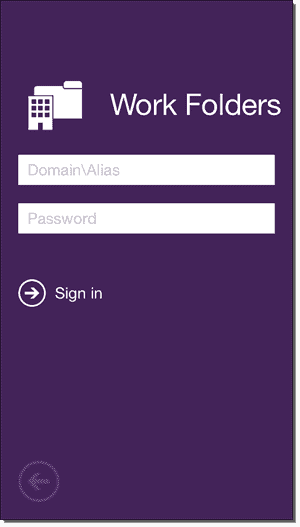 After proving AD credentials, the user is required to add a passcode used to access files in the Work Folders app. The passcode is independent of the device PIN and should probably be different from the primary PIN. 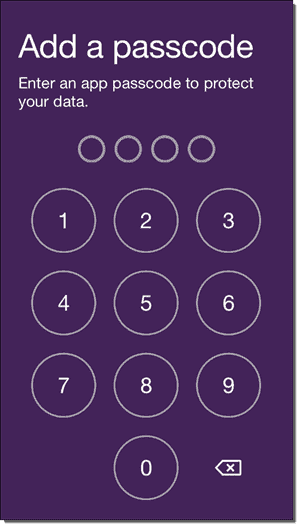 If the user forgets the passcode, there’s no need for the Help Desk or anyone from IT to assist with a reset. The Work Folders app allows five failed passcode entries before wiping the data stored in the app and requiring the end user to set up the app again. 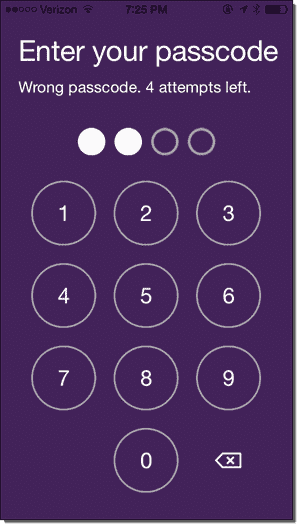 After entering the passcode, users have online access to their files as long as their iPhone has connectivity to the Work Folders server. Considering that most iPhones are going to have more consistent access to data than iPads do, this is probably the preferable configuration for most users. It will ensure that they both have the most recent copy of the file and minimize the storage space the app uses. As with the iPad app, files can also be “pinned” for offline access. 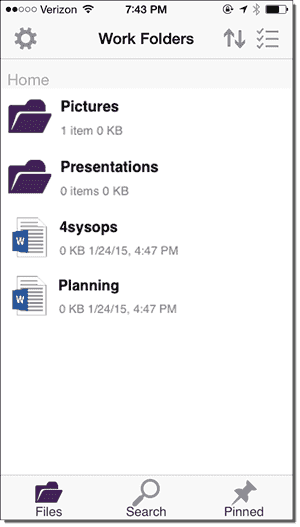 Work Folders on iPhone (like on iPad) also supports viewing the most common file types (PDF, Office documents, etc.) from inside the app. You can open files in other apps, but I’ve found that viewing a document is usually more important on my small-screen devices than is the ability to edit a file. But, the option is there if someone wants it. 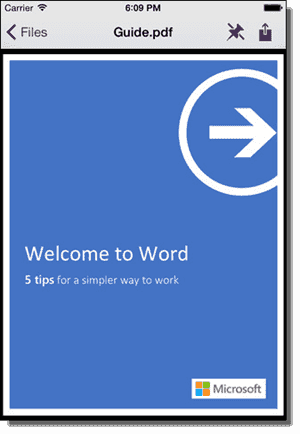 The Work Folders team is slowly starting to make progress on getting support for more devices, but they’re still lagging behind the OneDrive for Business team now that a Mac client has been released for that service. They’re also well behind other competing products if you start comparing features. Still, if you need a simple file sync solution and you only need support for Windows 8.1, iOS, or a domain-joined Windows 7, Work Folders is a simple solution to that problem that only costs you a Server 2012 R2 license and some CALs.