And as I just noted, the current version of Office – Microsoft Office System 2007 – runs great on Windows XP.

What about future versions? There's no doubt that, eventually, Microsoft may try to target Vista exclusively. However, finding features and functions that Vista supports and XP doesn't is not as easy as it sounds. Remember, much of Vista's "newness" is only skin deep. 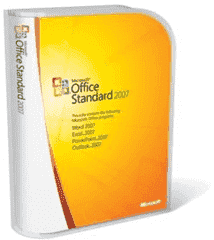 It is certainly true that Office 2007 runs perfectly on Windows XP and this also applies to most of Microsoft’s desktop apps. I am not as sure as Kennedy about the future though. I think Kennedy underestimates the newness of Vista. Why do we have all these compatibility problems? Obviously, Microsoft changed a lot under the hood. And they will soon want to reap the fruits of more than five years of work.

I also believe that Microsoft will try to push Vista by delivering new tools that will only work on Vista. RSAT was the first one. It doesn’t even work under Vista RTM. It seems to me that Microsoft is less cautious in such things than in former times. I was quite surprised that SCVMM 2008 only runs on Windows Server 2008. Perhaps they wanted to push Server 2008, maybe it was too expensive to adopt VMM 2008 for Windows Server 2003 or maybe both. Of course, Office and other end user apps will work for quite some time under XP.

You won’t believe it, but I think Kennedy is too Microsoft friendly with respect to third party software compatibility. Most of what he wrote might be interesting from a developer’s point of view, but as an admin I see things a bit different. Here is what he said:

ISVs go where the money is, and right now that's still the generic Win32 API (plus MFC/ATL) running on the range of Windows platforms. The only exceptions to this rule are tools or utilities that target Vista-specific functions such as the new boot loader and sidebar widgets. The risk of missing out on important third-party application functionality by sticking with Windows XP is next to nil.

He only discussed the future, but didn’t say a word about the problems many organizations face today. Vista’s biggest disadvantage is that there are still many legacy apps that don’t work properly. I find it quite strange that a downright Vista opponent lets go of this chance to bash Vista heartily. Many organizations have Vista incompatible applications that will never be updated, whether the software vendor doesn’t exist anymore or because it was programmed by a company-owned developer who resigned years ago and nobody else has the slightest idea how to change his spaghetti code. If you are in such a situation, then Vista is a no-go area, maybe for a long time.

I agree with Kennedy about the future though. ISVs will certainly not dare to put XP incompatible apps onto the market for quite some time. Of course, most of them will make sure that their apps will work on Vista too. I don’t have to say much about developer tools. The situation is pretty much the same as it is with all other Windows apps. I am curious to see if the next version of Visual Studio will still run on XP though.

However, if I were a Windows developer, Vista would have been the operating system of my choice long ago. I would like to know how Vista feels like from a user’s perspective and, of course, I would be curious to learn everything about the foundation of my work. Of course, this also applies to Windows administrators, especially to those who hate Vista. Just imagine all the ammunition you will get to shoot at Vista. 😉