We have seen three rounds so far, and Vista clearly won two of them (Security, Manageability) with knock outs and lost the last one (Reliability) on points, mostly because the old champion XP just picked up lots of experience in its countless fights over the last 7 years. Let’s see if the old man can also outlast the young challenger when it comes to elasticity and smoothness. We are talking now about usability.

This is my summary of referee Kennedy’s judgment of the fourth round: 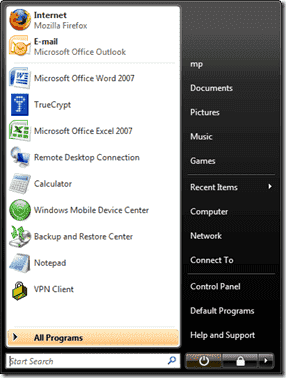 Aero’s changes are only superficial. Many settings were moved to other places which makes it difficult for XP veterans to find their way on Vista. Most modifications of the user interface were just made for the sake of change and didn’t improve usability. Some modifications are even a change for the worse. The “up a level button” in Explorer is missing, the Search field shows up much too often, and the backup tool doesn’t provide enough feedback about the success of backups.

Even though Kennedy says that “the jury's still out on whether [usability is] better,” it has become quite obvious that he really dislikes Vista’s user interface. The problem certainly is that it is quite difficult to find objective measures with regard to usability. The quality of user interface is to a large extent a matter of taste. However, I find the examples given by Kennedy to be quite revealing. Let me address just one of them. 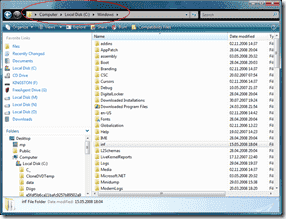 He misses the “up a level” button in Explorer and the new “foreign-looking” address bar doesn’t compensate for this big loss. This is very hard to understand for me because I think that this new feature of Vista’s Explorer is indeed an improvement. You can still navigate to a higher level with just a mouse click. All you have to do is click on the name of the corresponding folder in the address bar. The good thing about this change is that you can also reach all other upper levels this way with only a mouse click. If you often use the Explorer, then this will certainly speed up your work significantly.

I have said that Kennedy’s judgment is revealing. I think he gave away his secret when he let himself be carried away by using the term “foreign-looking.” Isn’t any change foreign-looking? I mean, if it looks familiar it is not really a change worth mentioning, is it? So, could it be that he belongs to those who just dislike any kind of change? Another explanation is that the he didn’t really spend much time with Vista to explore the new capabilities of its user interface. The other examples he gives lead me to assume the latter.

I have met quite a few Vista opponents who have complained about the many changes in the user interface, which in their opinion seems to make no sense. But every time I pumped them for more details, it became clear that they simply didn’t want to invest time to find out how they could benefit from the changes. The best way to learn to value the new user interface is to logon to an XP machine after working with Vista for a couple of months. Only then will you realize how clumsy XP’s old-fashioned interface really is.

In my view, the new Start Search prompt which lets you launch applications quickly and easily is reason enough to let Vista win this round. Yeah, I know, there are numerous free extensions that offer the same feature for Windows XP. And yes, there are free third-party desktop search tools, free Explorer replacements, and so on. But let’s face it; you don’t have the time to deploy them all in your network, do you?