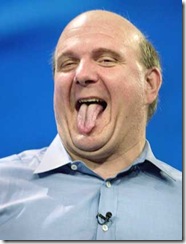 Neowin.net claims to “have managed to get hands on the internal schedule for the release” of Windows XP SP3. According to their information, Service Pack 3 will be available for volume license customers and on TechNet and MSDN on April 21. After the usual respectful time gap of a week, SP3 will show up at the Download Center and Windows Update so ordinary people can get it, too.

Neowin doesn’t say anything about its source. Usually, such information comes from employees who don’t belong to the HRDC (Holy Release Date Circle). I didn’t count the number of release dates that were published for Vistas SP1 this way. So I am not yet convinced that this information about XP SP3 is really correct.

Sometimes it seems to me that Microsoft doesn’t even have such an “internal schedule” for the release of anything. If there was such a schedule why wouldn’t they just publish it? Because they fear they won’t be able to keep it? Yes, large software projects are very difficult to schedule. There is no doubt about it.

However, my guess about Microsoft’s way to plan release dates is more like this: Mr. Ballmer or someone else from the HRDC gets up after a peaceful night, looks out of the window, enjoys the morning sun, and while stretching he says to himself: “Today is a good day to release a service pack”. Okay, maybe he will read the latest bug statistics about the release candidate that came in last night while drinking his morning coffee to reconfirm his earlier assessment. But if the sun is still shining while he drives to his office, he probably won’t change his mind anyway.

Well, that is the only explanation I have for the fact that Microsoft announces the release date on the very same day they release the service pack. Do you have a better one? You know from internal sources that Mr. Ballmer prefers chamomile tea instead of coffee? Let me know…