Compatibility has been Vista’s weakest point since its release. Hardware compatibility was even more problematic than software compatibility, because Microsoft mostly depends on third-parties here. The fact that they have changed the driver model will pay off in the long run, but if you have to decide now whether to deploy Vista or not, this doesn’t help much if you can’t find device drivers. Kennedy boiled it down into two sentences:

When's the last time you worried about driver support under Windows XP? With an installed base into the hundreds of millions, chances are you'll still be finding XP drivers long after Vista's grandchildren are being put out to pasture. 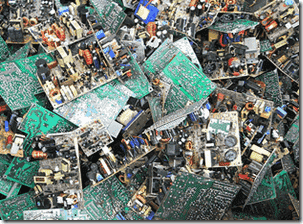 Let me think, when was the last time I worried about driver support for Windows XP? Hmm, it must have been a year or so after its release. Agreed, there are far more device drivers available for XP than for Vista. There is no doubt about that. It is also a matter of fact that XP will lead in this discipline for quite some time to come. However, I seriously doubt that it will be long “after Vista's grandchildren are being put out to pasture.” Windows 2000 is a “Windows XP child”, but finding drivers for new hardware might not be that easy, anymore. And try finding drivers for “XPs grandchildren” Windows NT and Windows ME. The IT world is moving fast, faster than many believe.

But when it comes to driver support, the sheer number of available drivers is not the only thing that is important, at least, in corporate environments. It is also crucial to know whether the latest drivers are already included in the operating system. Windows XP SP3 is certainly also leading in this discipline, but since SP3 is the last service pack for XP, this will change rapidly. Yes, you will get drivers via Windows Update or you can download drivers for new devices from the vendor’s website. But managing drivers that are not included in the OS always costs time and nerves.

I have already encountered a few such incidents with Windows XP SP2 and Vista RTM. For example, when I connected a new Windows Mobile phone, Vista immediately recognized it while XP just reported “unknown device”. I suppose this driver is included in Windows XP SP3 by now. However, it is a matter of fact that time works for Vista here. But as things stand now, this round certainly goes to Windows XP. Even though the situation is much better now than it was 18 months ago, there are still many devices that are not supported by Vista. If you can’t find a driver for an old device, you are lost with Vista. Then, XP simply is the only choice.