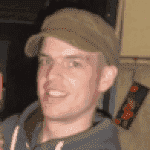 Geoff Kendal
Geoff Kendal is a Windows/Linux systems administrator, scripter and problem solver, with over 12 years experience, based in Leeds, UK.

This feature goes by the name of “Windows To Go.” Windows To Go is intended for systems administrators to build system images that are then loaded onto a USB disk. End users can then take the USB disk and boot any system from it.

We can build the images in the exact same way as we would do if we were deploying any other Windows 8 system. We can also preload the image with any specific business applications or resources that our users may require, and we can still manage it via our usual tools.

There are many scenarios where I can see a good use for Windows To Go.

To keep things simple and similar to the environment end users are used to, when we boot a system from a Windows To Go disk, any drives in the host system are automatically hidden; just a single drive (C:) for the Windows To Go system is shown. Things are similar the other way around too. If we insert the Windows To Go disk into a system that is already running Windows, the disk will not show because drive letters are not assigned by default.

While on the topic of keeping things simple for end users, I thought that showing people how to reconfigure your BIOS boot order across a huge array of varying hardware might be a bit of a mammoth task! For host computers that are running Windows 8, this seems to have been taken care of for us, as there is a new “change Windows To Go startup options” applet in Control Panel. By using this applet, we can essentially change our boot order to try USB devices first.

While running Windows To Go, removing the USB disk is essentially the same as pulling your hard drive out of a regular system (not a good idea!). If this does happen for any reason, the kernel will freeze the system for up to 60 seconds, allowing you to reinsert the USB drive and continue working without any loss of data. If it is not reinserted within this time, the system shuts down. This is a security measure in case you have left confidential information displayed on the screen.

Windows To Go looks at each system’s SMBIOS UUID when it starts. When it sees a new system that it has not booted on before, it detects devices and installs drivers as required, similar to when you boot the first time from a sysprepped image. Once it has finished this process, it will remember that system; therefore, when you return to a system you have previously booted from, the startup times should be much faster.

In my next article, I will explain how to install Windows To Go on a USB drive.