You may remember that with the release of Windows Server 2016, Microsoft also released a new server "version" called Nano Server. Nano Server was an ultrasmall, headless operating system (OS) that appeared to be the future of providing the host OS for Hyper-V and other use cases.

You may not realize it because Microsoft doesn't address it directly like they did in Windows Server 2016, but the Nano Server version of Windows Server 2019 does exist; however, it is tied to a very specific use case: containers. This really is a very fitting use case for such a tiny Windows Server OS.

Core features and enhancements include the following: 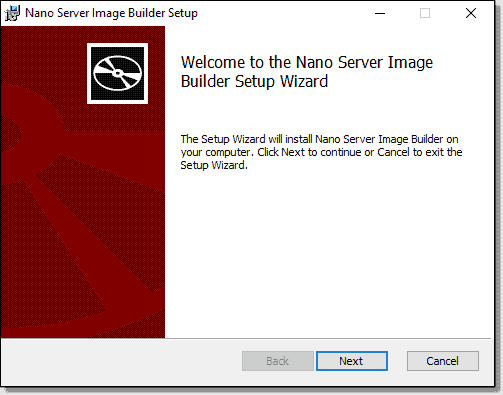 Once you installed the Nano Server Image Builder, you could then create a new Nano Server image using the utility. 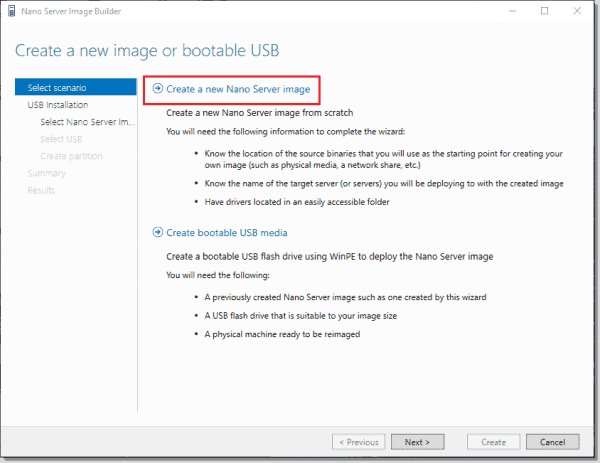 However, this option has disappeared from Windows Server 2019. Now Microsoft's focus with the Nano Server image is solely containers. It is easy to see why Microsoft had containers in mind with Nano Server, especially since they've decreased the image size to a smaller size than ever before.

With containers, you need a base set of code and kernel on top of which you then build your applications. Windows Server 2019 gives you two options for deploying Windows containers: Nano Server and Windows Server Core.

When it comes to containers though, Nano Server is much more desirable than even Windows Server Core due to its size. While Server Core is still in the low gigabytes in size (very small compared to Windows with the Desktop Experience), Nano Server is only a few hundred megabytes. By today's standards, that is extremely small.

As noted, one of the Windows Server 2019 enhancements to Nano Server is the removal of the servicing stack. This means there is no real way to update Nano Server. However, this is not really a limitation due to its extremely small size. Instead of updating it with new patches or enhancements, you simply build out a new container image using the new Nano Server container build. This helps keep the Nano Server size extremely small and allows IT admins to build on the idea of immutable infrastructure.

There may be a discussion around when to use Nano Server as opposed to Server Core. When it comes to containers, Nano Server is unquestionably the most efficient option to use for building out your container infrastructure. Would there be an instance where you would choose to use Server Core over Nano Server for containers?

The only real reason to do so is to have better application compatibility. Since Nano Server comprises the absolute bare minimum of Windows Server components to allow applications to run, there is the real possibility you will not have all the components your specific custom application requires. In that case, Server Core could be a better option for your base code or kernel.

Since Microsoft has removed the servicing stack, updating Nano Server in its Windows Server 2019 form means you simply redeploy a new Nano Server container with the updated container code. Nano Server is here to stay; however, its role and focus will most definitely be on containers and nothing else moving forward.