Sander Berkouwer  Mon, Jan 14 2013Wed, Jan 16 2013  server core, windows server 2012  1
In this series about Windows Server 2012 Server Core, I will describe in detail how to install and configure Server Core. Part 1 covers the benefits compared to the GUI version of Windows Server. 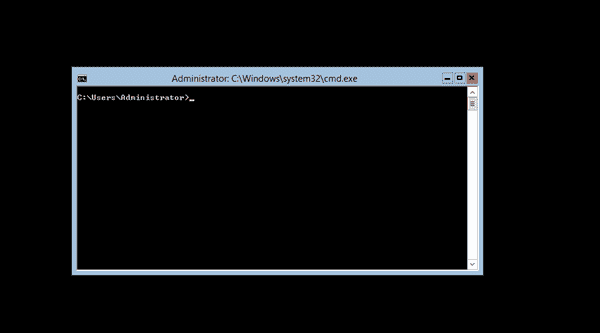 While this sight might seem daunting at first, a lot of the same tools from the Server with a GUI are available to you by default. Many of the Server Roles and Features are also available. I will cover all that in my next posts, but today I want to discuss why you would want to choose Server Core instead of Server with a GUI.

When you choose Server Core instead of Server with a GUI, you will benefit in the following ways:

Although a smaller disk foot print is not a goal in itself, it does mean a smaller attack surface. Also, in today’s virtual world, a Server Core installation is deployed and backed up faster than a Server with a GUI. This makes deploying new servers a breeze.

While data deduplication might make the previous argument irrelevant, a Server Core installation also requires less Random Access Memory (RAM) to run. Although any Windows Server 2012 installation needs to be equipped with 512MB of RAM for installation, you can throttle back the amount of RAM toward the actual amount of RAM required. I’ve been running virtual Server Core Domain Controllers with 185MB of RAM. Now imagine what you could do with your virtual environment when you have loads of RAM available.

Because non-essential Windows components are absent, these components do not need to be patched. Microsoft releases updates on the second Tuesday of each month during its “Patch Tuesday,” but many of these updates apply to non-essential components like Internet Explorer instead of the Windows kernel.

Not interesting to malware writers ^

Server Core installations are not interesting to malware writers. Most of the attack vectors used by malware are Internet Explorer, ActiveX, JavaScript, Adobe Flash, and Adobe Reader based. You don’t have any of these technologies on a Server Core installation, by default. Malware requiring you to click on something won’t stand a chance on the Operating System where you need to type to get anything done. What’s there to click on? 😉

You need to know what to do ^

If you don’t know how to work the command line in Windows, you’ll have a hard time getting anything done on a Windows Server 2012-based Server Core installation. Although many blogs and websites will tell you where to click to get something configured or installed, only a handful of websites actually show you how to perform the same steps on the command line. Even in these cases, the equivalent of these command line tools might not be available on your Server Core installation because they were deemed non-essential.

Benefits put to good use ^

Microsoft has thought long and hard on these benefits; they wanted to make sure each one would be useful to the everyday admin. So, when you install Server Core, you’ll see that most of the uses for it are “fire and forget” scenarios, ranging from DHCP Servers to Windows Server Update Servers and from Domain Controllers to Hyper-V hosts.

All of the available roles fall into the category of infrastructure plumbing and offer a higher availability than a Server with a GUI. The Hyper-V host scenario is a scenario where Server Core really shines. When security is an issue, Server Core, again, is the most viable option. If your organization wants to deploy highly secure websites or FTP sites, Server Core should be on the top of your list. For hosting companies or organizations with a large Internet presence, Server Core installations offer the highest density web server capacity of all Windows Server installations.

If you were waiting for version 3 of Server Core, now is the time to pay attention. In this series, I will tell you everything you need to know about Server Core to swap out a lot of those full installations with lean, mean Server Core machines.

In Part 2 I will outline the recommended preparations for Server Core installations.