With Windows Server 2008, Microsoft introduced the most important changes regarding administration. The role model and the new Server Manager were the main changes. Also in Windows Server 2008, R2 componentization is a bit more fine-grained and Server Manager supports remote administration. Other highlights are the new power management features, the PowerShell support for Server Core, and DHCP Failover. 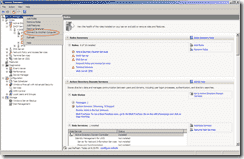 Windows Server 2008 R2 will be delivered with PowerShell 2.0. I believe the main features are:

Of course, there also many language-specific enhancements and other new features, but since PowerShell 2.0 will also be available for other platforms, I don’t want to go into the details here. More information about PowerShell 2.0 can be found here and here.