The aforementioned list isn’t comprehensive; instead, I choose to focus on the new features and enhancements that give the Windows systems administrator maximum practical benefit.

One tremendous disappointment that puzzles me is there is no support for PowerShell with WDS. Therefore, we cannot configure WDS by using PowerShell. The two primary management tools remain the Windows Deployment Services MMC console and the WDSUTIL command-line client.

NOTE: We can install or uninstall WDS by using PowerShell by invoking the WDS installation package with the Install-WindowsFeature or Remove-WindowsFeature cmdlets.

In my opinion, Microsoft’s decision to support Windows on ARM processer architectures squarely resides on the availability of Windows 8 on ARM-equipped tablet devices. Businesses that choose to embrace the Surface Pro tablet, for instance, will be happy to learn that they can centrally manage Windows 8 deployments to those tablet devices and not have to “touch” each machine individually.

When you configure your WDS server properties, for instance, you’ll observe that ARM is listed in the options to target different processor architectures. This is shown in the following screenshot: 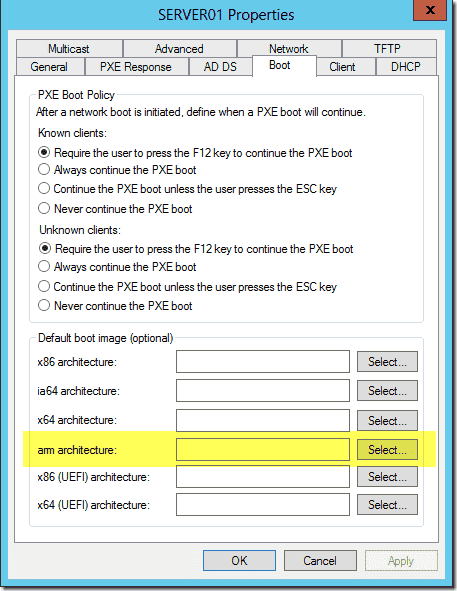 Targeting the ARM platform with WDS

When we speak of “deployment payload,” we are simply referring to the operating system image (.WIM or .VHD) being deployed, as well as any optional driver packages we want to include.

The Windows Server 2012 edition of WDS brings on board two features that historically required the administrator to use separate Microsoft tools. First, we have the Approve Pending Device wizard. In previous editions of WDS, we needed to pre-stage WDS client machines through Active Directory Users & Computers. Nowadays we can take care of the pre-stage process end-to-end within the Windows Server 2012 Windows Deployment Services console. 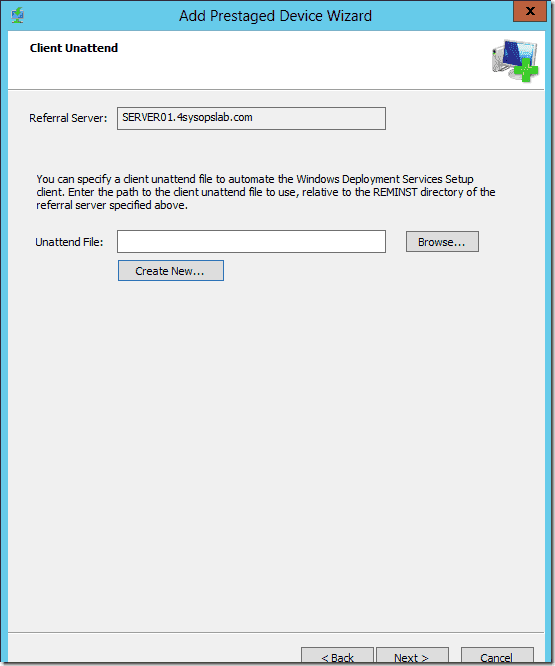 Second, we have the Create Client Unattend option. This option enables us to define an unattended installation file directly from within the WDS deployment wizards. Thus, we don’t need to horse around with Windows System Image Manager (SIM) or manually edit Extensible Markup Language (XML) files. 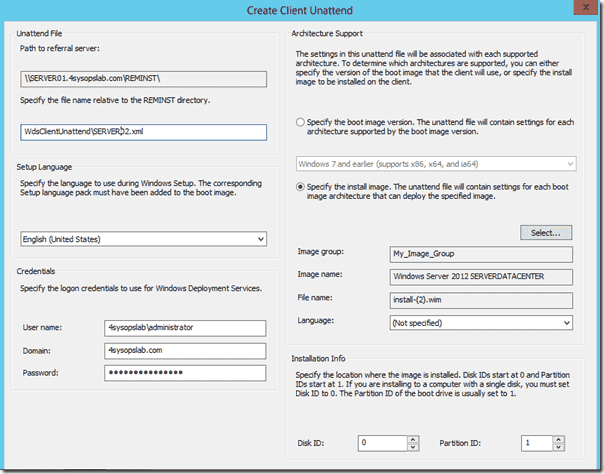 Defining an unattended answer file from within WDS management

WDS historically required that you have a number of network services online and operational in your business network:

We specify Active Directory-integrated or standalone server mode during the initial configuration of our new WDS server. A relevant screen capture from the Windows Deployment Services Configuration Wizard is presented next: 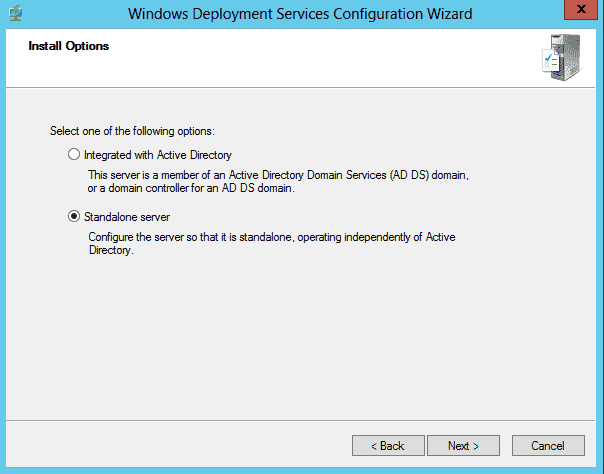 One of the PowerShell 3 features that I enjoy the most is the -whatif switch, which allows you to view the results of your PowerShell code before actually running it in production.

NOTE: You can read more about the -whatif switch by consulting Microsoft’s PowerShell v3 documentation.

Similarly, Microsoft gives us the Expected Deployment Results wizard in Windows Server 2012 WDS to enable us to preview a WDS operation before committing to the action.

We can kick off a “what if” analysis for any pre-staged device by right-clicking the target in the Windows Deployment Services MMC console and selecting Get Expected Deployment Results from the context menu. This is shown in the following interface screenshot. 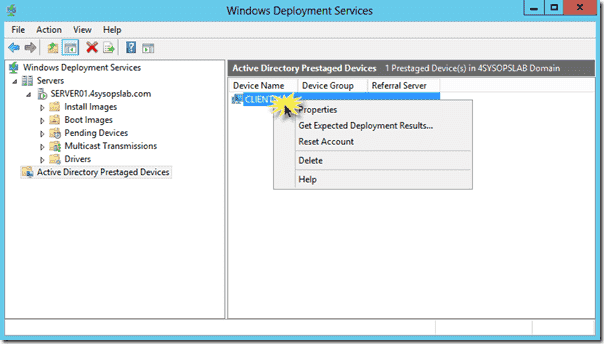 Overall, I think you’ll agree with me that WDS operates the same way in Windows Server 2012 as it did in Windows Server 2008. The new features that Microsoft added to the server role are enhancements that are intended to streamline the OS deployment workflow.

For further information on WDS in Windows Server 2012, consult the following Microsoft resources that I hand-picked for you: