Windows ADK for Windows 8.1 came with the quite a list of changes and updates! In this post I summarized the most important new features.

As you can see in the feature screenshot above, ADK is a massive toolkit that tops 5 GB of space. Certain programs, like the Volume Activation Management Tool (VAMT), received few (if any) changes. Others, like Windows PE or USMT, are completely new versions is this release. The easiest way to tackle this update is just to head down the list. We will skip over ACT as no new features were announced.

If you’ve followed the MDT 2013 update, then you would expect ADK to stop supporting Windows XP and Vista. Not surprisingly, full functionality has been removed from Windows Server 2008 SP2 when used as a hosting platform. Because Vista was no longer supported, I expected support for Server 2008 SP2 to be dropped as well.

The final big update to the deployment tools is that every advanced image feature can be done with the PowerShell DISM module! This includes actions related to capturing or applying an image. If you know of any unique features to the DISM module, let me know in the comments below.

This comes as a huge relief for me! My X64 clients were maxing out at the 128GB limit and really slowing my imaging process now. Anybody else as relieved as me? J

The big change to Sysprep ^

The tool we love has one big change in Windows 8.1. The Sysprep user interface is now deprecated! Here is Microsoft’s official quote on this tool:

“The Sysprep UI will continue to be supported in this release however it may be removed in a future release.”

Microsoft goes on to explain how your deployment workflows should begin to incorporate Sysprep in the command line state. If you use the native Windows 7 or Windows 8 WIM as your image (without modification), this change doesn’t apply to you as your image is pre-sysprepped. If you are interested in deploying your image this way, this guide will show you how.

USMT made a major version leap going from 5.0 to 6.3. Of course, USMT supports Windows 8.1. It now natively supports Office 2013. With USMT 5.0, a hotfix was needed to add Office 2013 support. As pointed out on Deployment Research, migrating user settings from XP to Windows 8.1 is not supported.

VAMT was only updated to support Windows 8.1, Windows Server 2012, and Office 2013. Along with that support, a few minor bugs were fixed. 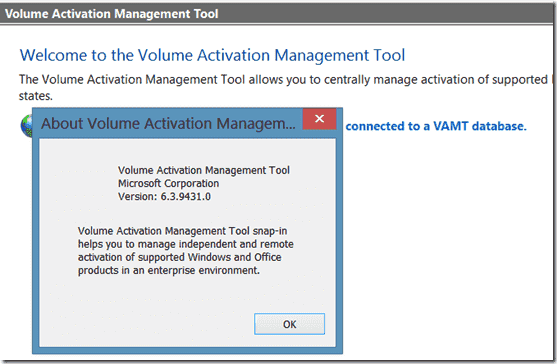 In this Windows ADK update, Microsoft concentrated efforts on the deployment portions of the toolkit. Whereas the updated tools and reduced redundancy are nice, I was hoping that the new ADK included major updates of the Windows Performance Toolkit and the Application Compatibility Toolkit.