Microsoft has announced that they will not support MED-V past Windows 7. Microsoft hasn’t said much about XP Mode on Windows 8, but considering the phase out of MED-V along with the inclusion of Client Hyper-V in Windows 8, it is probably safe to assume that XP Mode is gone as well.

So where does that leave you when you still need to bring up an old application or an older version of Internet Explorer alongside Windows 8 seamlessly like in XP Mode in Windows 7? VDI is always an option, but may be overkill if you need occasional access to a legacy application or only have a handful of users needing the application. The good news is that if you liked XP Mode, doing the same thing in Windows 8 is actually pretty easy with Client Hyper-V.

To begin, you’ll need a computer running Windows 8 (Professional or higher) with 4 GB of RAM and a 64-bit SLAT capable processor. Install the Hyper-V roleand reboot.

Unlike XP Mode, there’s a little more work to set things up with client Hyper-V. Out of the box, Client Hyper-V won’t have any virtual machines configured. After bringing up the Hyper-V Manager, you’ll need to click on New > Virtual Machine to create a new VM. 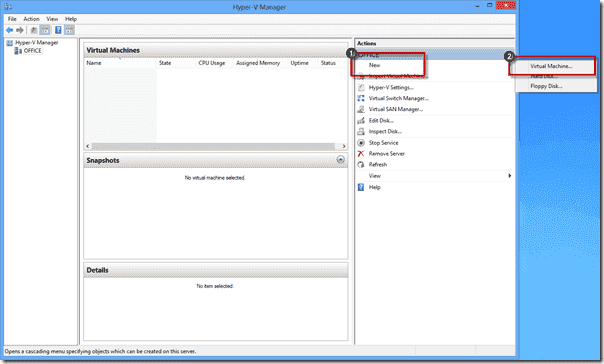 This will bring up the New Virtual Machine Wizard. If you’ve used Hyper-V in Windows Server, this will likely look very familiar. If not, it is very similar to other virtualization products on the market that you may be familiar with. In the first screen of the wizard, you’ll want to pick a name for your VM. 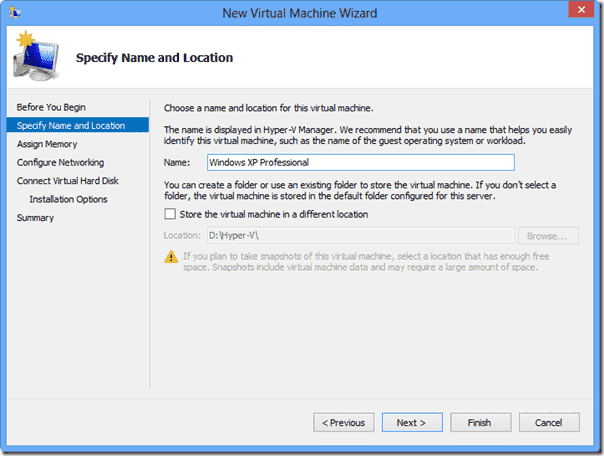 In the following screens, decide how much memory to assign, select which virtual switch you want to connect to, configure the virtual hard disk, and point Hyper-V to installation media for Windows XP Professional. Click Finish on the last screen. 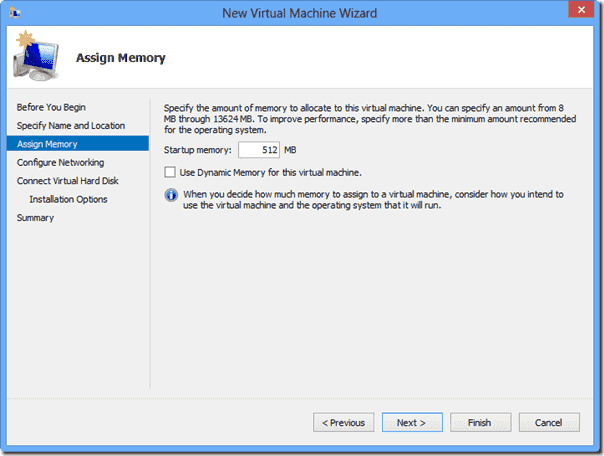 Back in the Hyper-V Manager, highlight your new virtual machine and click the Connect button. 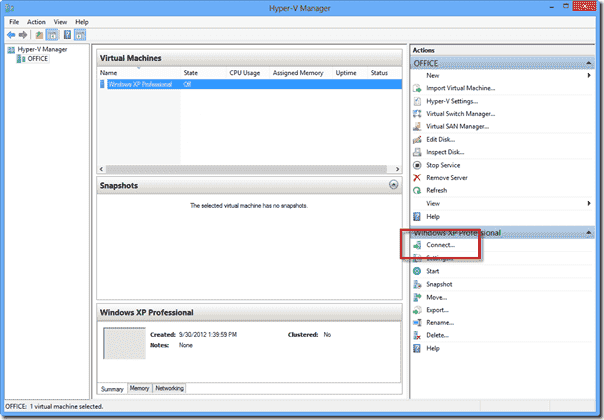 When your VM opens, click the green Start button to turn on your new VM and install Windows XP. 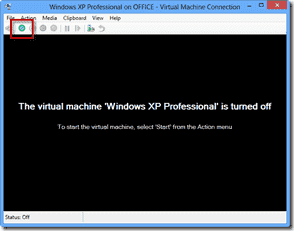 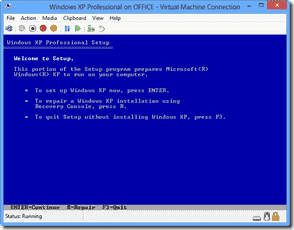 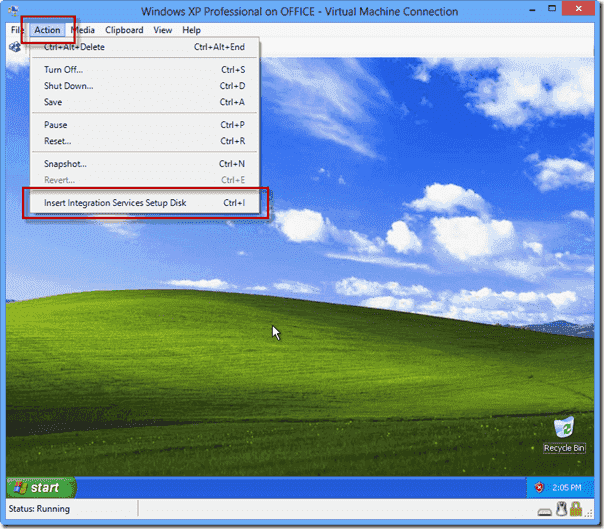 In my next post I will describe how to set up Windows XP in Windows 8 Hyper-V.