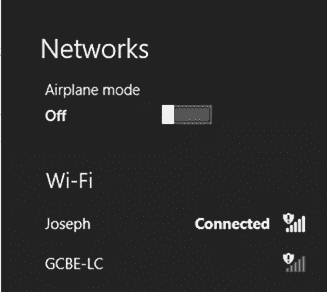 This side pane allows for connections to Wi-Fi and cellular networks. Within the same pane, you can turn off all wireless adapters.

One issue many administrators had with Windows 7 and below is the way network precedence was selected between mobile, wireless, and wired networks. With Windows 8, wireless networks (by default) will always be used before cellular network. Windows 8 will even automatically turn off other mobile hardware if you are connected to a wireless network.

Finally, wired networks can be configured to always have a higher precedence than any other network. This ensures that data always uses the fastest, most reliable, and cheapest interface.

Microsoft touted the speed at which a Windows 7 device would reconnect to a network, the average taking about 8 seconds. This was certainly a huge deal seeing as some Windows XP clients seemed to take 30 or 40 seconds! Windows 8 took that 8 seconds delay of Windows 7 down to just over a single second. 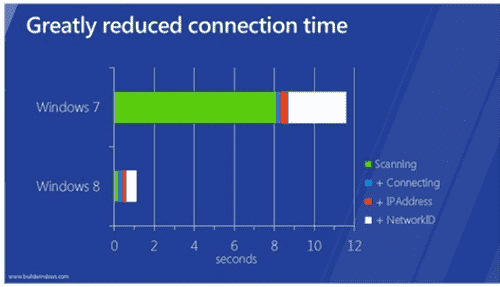 Microsoft was able to achieve this great reduction by prestaging connection information with the Wi-Fi adapter. Though this benefit is only available when you are around known networks, it is still a great improvement.

An issue with Windows 7 was the lack native drivers for cellular devices. This can be a real problem if you have no internet connection and need to download a network device driver. In Windows 8, all broadband devices use the same built-in driver. This allows you to simply plug in a network device without the need to install the vendor's driver. 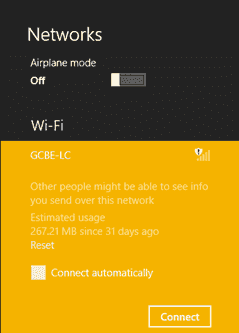 In my next post, I will be exploring the enterprise administration improvements of Windows 8 wireless network management.

For a demonstration of the new wireless networking features, you can watch the video below. It also mentions a few more improvements I didn't cover in this article.