Michael Pietroforte  Tue, Aug 28 2012Sat, Sep 15 2012  windows 8  4
Windows 8 sports some fundamental user interface changes. However, Windows 8 also offers a variety of new features that have been rarely mentioned in the media so far. This post is an attempt to list all new Windows 8 features with a short description and reference links.

At the time of this writing, the feature list is probably not yet complete. If you know of a new Windows 8 feature that is not listed here, please leave a comment or send me an email. I will then update the list. It would be great if you add a short description of the feature and, if available, a reference where the feature has been described in more detail.

Please notice that this list not ordered. I will add new features I find at the top of the list.

I think File History will become my favorite new Windows 8 feature. Not that I intend to use it often. I will probably stay with Oops!Backup. File History will have another important function for me. Whenever I tell a Mac user that I mostly work with Microsoft technology, he usually starts immediately working on me and raves about the superiority of Macs.

The first feature the Mac user usually then puts forward is Time Machine. Of course, as usual, Apple fans will now claim that, with File History, Microsoft just copied another Mac feature, but that is alright with me. (I wouldn't insist that it is just the other way around, as Paul Thurrott did, because I value my health. ;-))

A better backup tool for Windows is long overdue. The nicest feature of File History is that you can access backups right at the source location in Windows Explorer through an icon in the new Windows Explorer ribbon. Contrary to the Previous Versions feature of Windows 7, you can (and you have to) use a second drive for your backups. 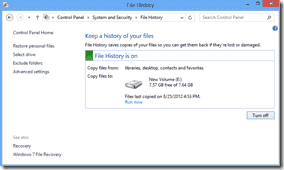 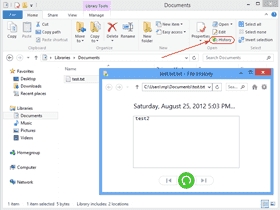 I find it amazing that so many people still prefer paper to transport information, but I guess that won't change until Windows 10 or 11. Microsoft improved many things in Windows 8 printing, but most of these improvements happen under the hood and users probably won't notice them much. But that's the point. Printing should just work without the need to take care of drivers and settings.

What I like most is that Microsoft appears to be determined to ensure that printer manufacturers don't blow up Windows unnecessarily with often useless software. Printer applications can no longer be a part of the driver, and this will probably make it easier to avoid their installation. The overall footprint of so-called inbox drivers will be significantly reduced in Windows 8 and, thanks to the print class driver framework, many printers (even those that have not yet been designed) will work without the need to install a driver. 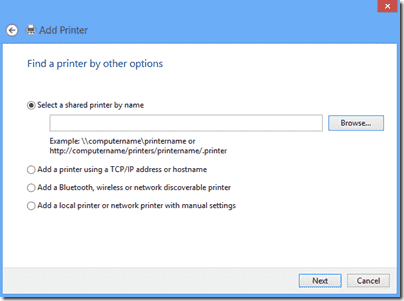 In my previous post, I linked to a PCWorld test that confirms that Windows 8 is significantly faster than Windows 7. They didn't explicitly mention graphics performance, but if Microsoft's claims are correct, Windows 8 will boost the speed of many graphics applications. Windows 8 can divide graphics calculation efficiently between CPU and GPU. Microsoft also optimized the redrawing of portions of the screen, which improves performance and increases battery life. 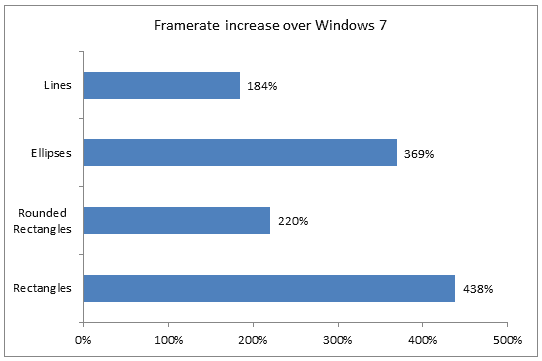 There is no doubt that the new Metro UI, which some of us know already from Windows Phone, is the most prominent and controversial enhancement. The main point about Metro is that its user interface and the corresponding apps are optimized for touch screens. Cche 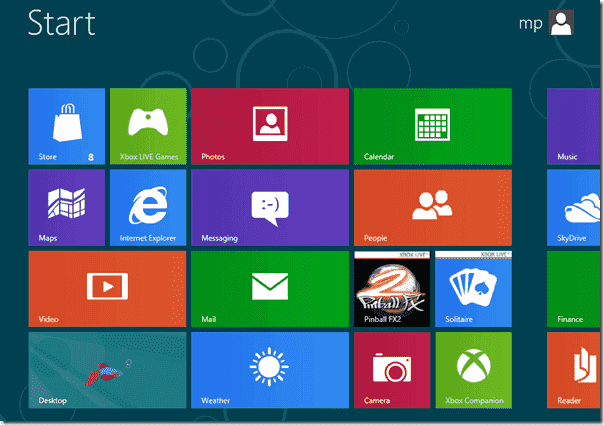 Designing for Metro style and the desktop

Designing search for the Start screen

Reflecting on your comments on the Start screen 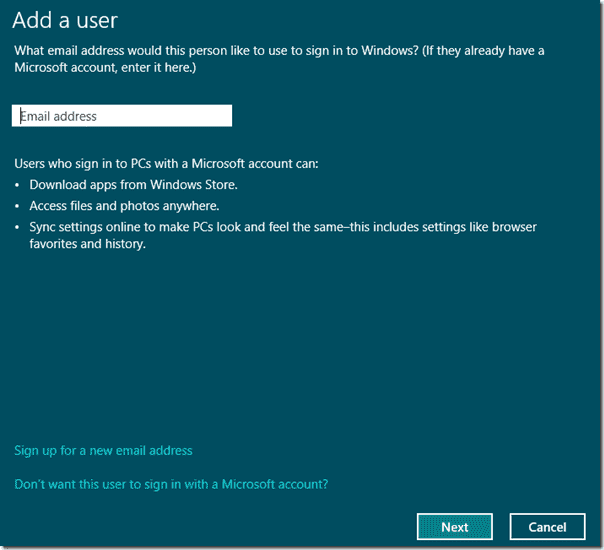 Signing in to Windows 8 with a Windows Live ID

Most visible is the new ribbon, which Microsoft introduced with Office 2007. What may be more interesting are the new file management features, such as improved duplicate file identification, multiple channel support in the Server Message Block (SMB) protocol, and better handling of confirmations and interrupts. IT pros in particular will love that they can now mount ISO and VHD files directly in Windows Explorer. There are many more new Windows Explorer features. 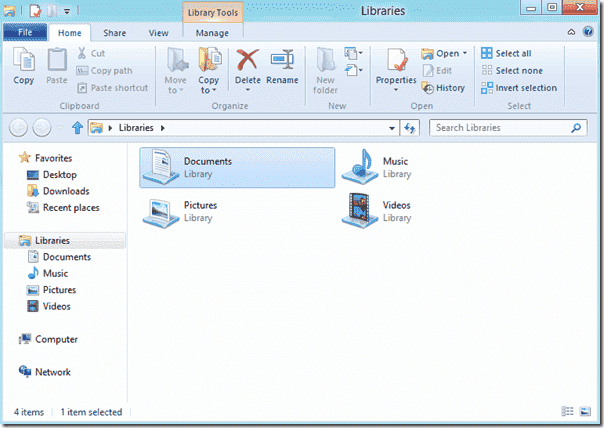 Windows To Go allows you to boot up Windows 8 from a flash drive. This feature is more powerful than you might think. Geoff Kendal reviewed Windows To Go in Windows 8 for 4sysops.

Microsoft claims that Windows 8 boots up 30-70% faster than Windows 7. This is still not instant-on, but it is certainly a great improvement. I have been working with Windows 8 on a netbook for a few weeks and Microsoft’s claim appears to be true.

Reports indicate that Windows 8 is considerably faster than Windows 7. In the 4sysops Windows 8 feature request poll, more than 4000 people chose better performance as the most important new feature. Good that Microsoft listens to their customers. 😉

I could have added this feature to the Windows Explorer or the Microsoft account sections. But I think the integration of Microsoft’s cloud storage service SkyDrive in Windows 8 is important enough to have its own heading. If you still think that “the cloud” is only a buzz word, think again. Or as Steve Ballmer would put it: "We will all be in."

Connecting your apps, files, PCs and devices to the cloud with SkyDrive and Windows 8

This feature caused a lot of stir in the Linux community because many Open Source guardians feared that Unified Extensible Firmware Interface (UEFI) would prevent people from installing Linux on computers that are delivered with Windows 8. These fears were unjustified. Essentially, UEFI uses public key cryptography to allow secure boot-ups by reducing the risk of boot loader attacks.

Protecting the pre-OS environment with UEFI

Hard times are to come for malware programmers (and third-party antivirus vendors). It appears that Microsoft Security Essentials won’t be integrated into Windows 8. However, Windows Defender will become full-blown antivirus software as it will not only protect Windows 8 from spyware, as in Windows 7, but also from viruses and worms. It will also feature real-time protection. SmartScreen, Microsoft’s reputation-based malware protection, will now protect not only Internet Explorer but also Windows 8. Windows 8 will also be hardened with an enhanced Address Space Layout Randomization (ASLR), kernel improvements, and a new Windows heap. 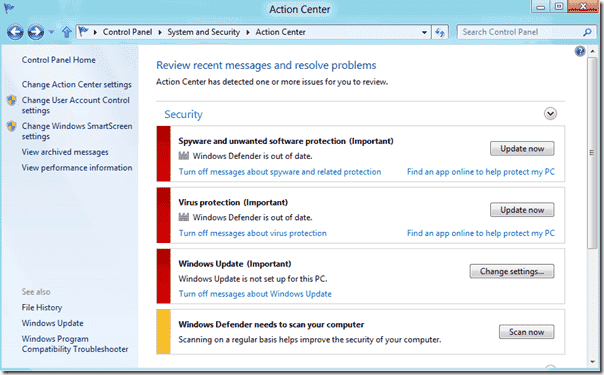 Protecting you from malware

Windows 8 will support partitions larger than 2TB, which will be important for the next netbook and tablet generation. 😉 There are ways to use more than 2TB volumes in Windows 7, for instance with RAID, but I guess this wouldn’t be an option in tablets.

Storages Spaces allow you to combine multiple disks into one storage pool. The new technology is comparable to RAID, but it is more flexible and easier to configure. Probably the coolest thing is that disks can be of different size and connected through USB, SATA, and SAS (Serial Attached SCSI). Storage pools support thin provisioning (physical space is only used when the capacity is needed) and resiliency (mirroring for fault tolerance). 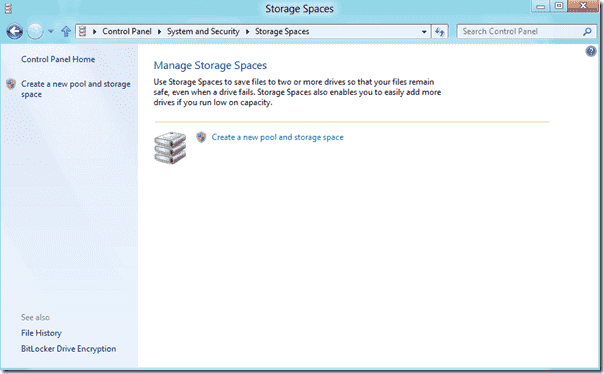 I already covered the main new features of the Windows 8 setup process. Certainly most interesting is the new web setup, which allows you to install Windows 8 through the Internet.

If you ever lost data because of an automatic restart, you might be interested to know what Microsoft has to say about this kind of “user experience” (link below). The major improvement in Windows 8 is that security-related restarts will happen only once a month (on the second Tuesday). The only exceptions are critical security updates—for example, if a computer worm is spreading. Microsoft also introduces a few changes in the way users will be informed about updates and restarts.

In every Windows version, Microsoft tries to improve power management. However, major advances in recent years were developed by the hardware industry—in particular, the battery makers. But Windows 8 comes with a promising new concept that is known from smartphones. Apps in the background are suspended, thereby consuming no more energy. This feature will only work for Metro apps and not for legacy Windows desktop applications.

The new Task Manager in Windows 8 is nice, but I guess most IT pros will barely appreciate it considering that free tools like Process Explorer and Process Hacker have much more to offer. However, whenever you have to troubleshoot a Windows machine and you didn’t bring your tool box, you will like new features such as resource usage light-ups, process type grouping (applications, background processes, Windows processes), friendly names for background processes, and top-level grouping windows by app. Interesting for server admins is the new heat map of logical processors. 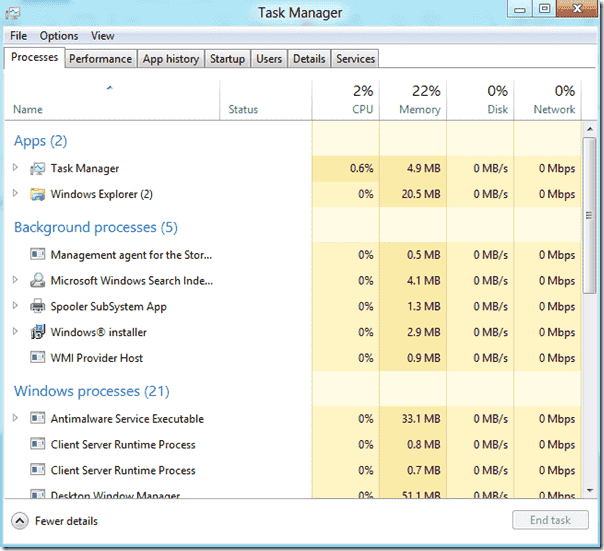 The new Windows Store for Metro apps is certainly a Windows 8 highlight. The fact that you won’t be able to buy and update legacy desktop applications through the Windows Store could be the major driving force for software vendors to focus on Metro and give up the old Windows application paradigm altogether. 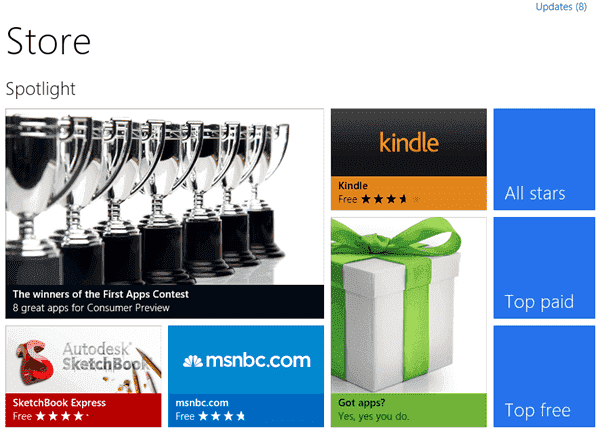 I hate it when people say they hate something, but I really do hate passwords. Secure passwords are hard to memorize. And, even if you use a password management tool, you need to at least be able to log on to your Windows machine before you can use it. With Windows 8, you can perform gestures on a picture of your choice to log in. Such a gesture is probably easier to memorize but still hard to crack with a brute force attack. The only problem I see is that gestures are easy to spot by someone at your back.

Many PC vendors have their own tool to reset a PC to the state it was delivered. It is good that Microsoft integrates this functionality now into Windows because it standardizes PC troubleshooting. However, more interesting is the PC Refresh feature of Windows 8, which allows you to keep specific settings such as user names and passwords, data, and installed apps. You can create a base image to which users can go back if they have messed up their PC. 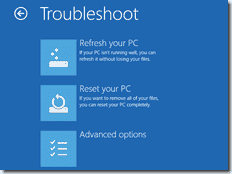 Refresh and reset your PC

A better tablet user experience is certainly a key functionality in Windows 8. Support for sensors such as accelerometers is therefore a must.

There has been lots of confusion since information leaked that Windows 8 will run on ARM devices. I am not sure if the term “Windows on ARM” still makes sense because ARM devices will only support Metro apps and no Windows desktop applications. I am afraid that the confusion will continue once the first Windows ARM tablets become available. Many will notice only when they unpack the device that it is not really a Windows machine since the vast majority of Windows applications won’t run on it. The awkward name “Windows RT” for the corresponding OS doesn’t make things better. For ISVs, this will be another reason to dump Windows desktop mode and concentrate on Metro.

Windows 8 also has some enhancements to offer for people with disabilities: Narrator with improved performance, more languages and voices for the Narrator, and more Windows components and applications that can make use of the Narrator. 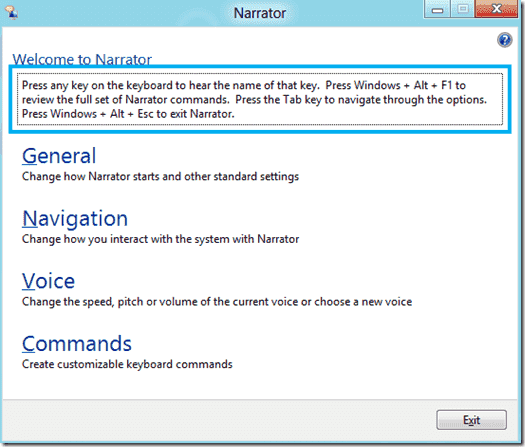 The most noteworthy Internet Explorer enhancement is the new Metro version. It is optimized for touch and comes with many of the features you know from the browser of your smartphone: double tap, default full screen mode, touch keyboard, and touch optimized tab bar. Of course, the old style desktop Internet Explorer is still available in Windows 8. This could be a role model for many software vendors. I think many ISVs will have to offer two versions of their applications. I wonder if it wouldn’t have been better if Microsoft introduced a new abstraction layer that allowed applications with two types of user interfaces. 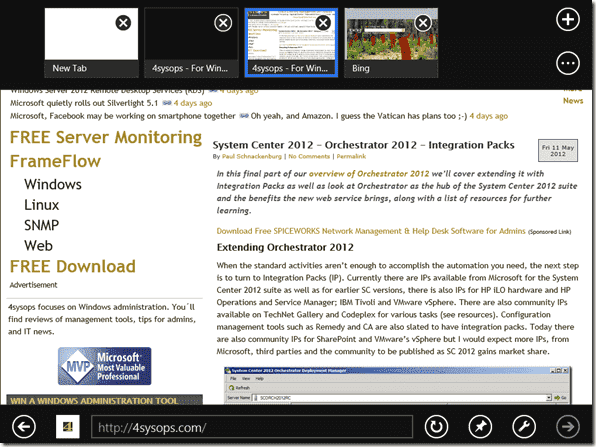 Leave a reply to Chris128 Click here to cancel the reply