Timothy Warner  Mon, Apr 23 2012Sat, Apr 21 2012  windows server 2012, windows 8  3
In this article we will review some of the advantages and disadvantages of the Windows 8 Metro user interface for systems administrators. We’ll also learn how to disable the Metro UI by using Windows Server 8 Beta (aka Windows Server 2012) Group Policy.

What do you think of the new Start Screen in Windows 8? Does the touch-centric Metro user interface (UI) throw you for a loop, are you a fan, or do you really care at all?

Those of us who have used Windows for several years remember the days before the Start Screen or even the Start menu. For instance, who recalls the Program Manager in Windows 3.1? 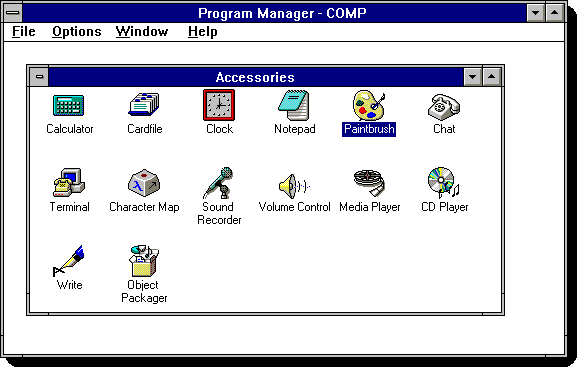 The Windows 3.1 Program Manager was problematic for many of us because we could wind up with a screenful of overlapping windows with just a few mouse clicks. This was pretty messy, confusing stuff.

The release of Windows 95 on August 24, 1995 marked a watershed moment in user interface design. The Start menu aggregated installed programs and user data into a single, easy-to-navigate menu system. The Start menu existed in one form or another in every version of Windows ever since. That is, until Windows 8 came along. 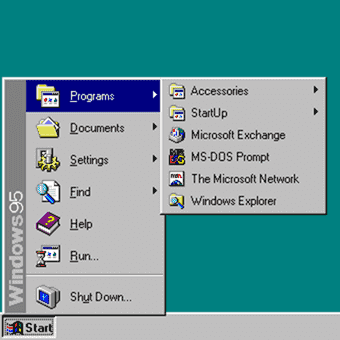 In this blog post we will review some advantages and disadvantages of the Metro UI. We will then examine a Windows Server 8 Group Policy control to restrict Metro UI access for Active Directory Domain Services (AD DS) member systems.

Some advantages of the Metro UI ^

For some reason, the Metro UI, with its Start menu successor Start Screen, tends to strike techie types in one of the following two ways:

Personally, I feel that much of the Metro hate is based in simple human nature. For most people, once we learn computer navigation tasks and become settled into those patterns, any drastic revision of those long-established habits (especially when the previous path is removed from the system) is bound to produce resistance. 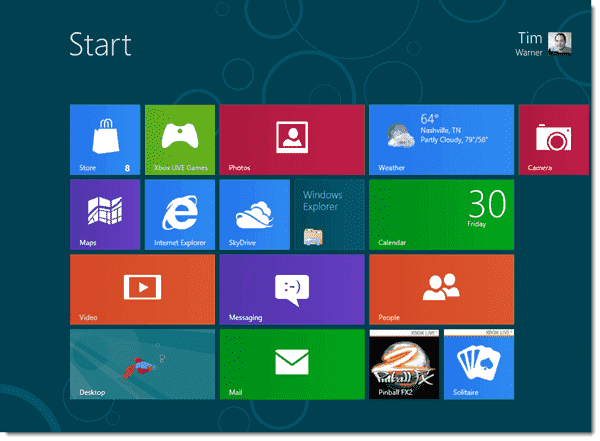 The Metro UI is optimized for touch interfaces. Metro’s touch navigation focus produces some initial head-scratching by folks accessing Windows 8 by using traditional desktop PCs with keyboards and mice. However, the bottom line is that Metro Live Tiles look and behave exceptionally well in a tablet PC environment. Moreover, Microsoft is bound to improve Metro screen navigation for keyboard and mouse users as the Windows 8 code evolves over time.

Live Tiles provide a true dashboard environment. It is important to note that those pretty, colorful tiles that represent applications and services in Metro don’t exist simply to provide the user with eye candy. In Windows 8 Consumer Preview, for instance, the Weather Live Tile displays the current temperature for your location. The Mail Live Tile gives you a running total of unread e-mail messages. (You can see some of this in action in Figure 3.)

By contrast, in Windows Server 8 Beta we can use Live Tiles to obtain real-time server status reporting. In my view, we Windows systems administrators must become comfortable with the fact that touch interfaces and tablet PCs are here to stay; they are not a passing fancy. The day of our managing our server farms by using a tablet device are not too far off. In point of fact, some administrators are leveraging this technology now.

NOTE: To me it is problematic and incongruous that Windows 8 Active Directory, at least as of this writing, is not supported on Windows on ARM (WOA) tablet devices. How much sense does Microsoft’s decision NOT make, given what’s we’ve been discussing in this article?

Some disadvantages of the Metro UI ^

Did you encounter any user learning curve issues when you migrated your organization from Office 2003 to Office 2010? Yeah, I thought so. Significant application user interface changes strike fear into the hearts of systems administrators because we know that we will be flooded with user support requests. “I knew how to get around with the old version. Now I can’t do my work! Help!”

The Metro UI represents a significant learning curve for users. In my previous example, you probably embraced the learning curve and end-user training opportunities inherent in an Office 2003 – Office 2010 migration because the benefits of the new software features outweighed the increased support load.

On the other hand, we must ask the question, “Does the Metro UI really represent a worthwhile step forward for our business users?” This issue is especially pertinent if your users have no touch-aware hardware available to them.

Metro apps require a new development paradigm. Metro-style apps are constructed by an altogether different technology stack and design focus than are traditional Windows desktop apps. Thus, businesses who develop internal (or commercial, for that matter) line-of-business software need to buy into a brand-new programming paradigm. 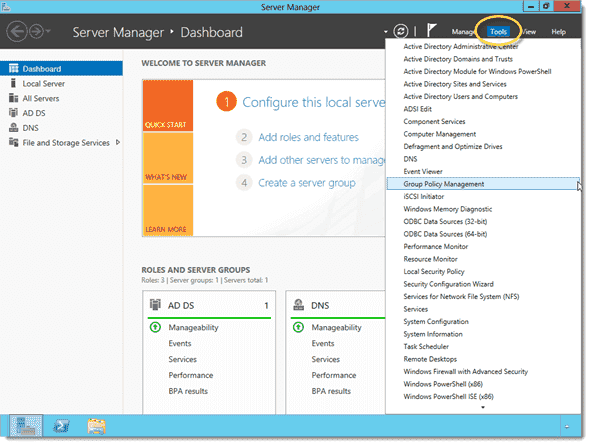 Open up a new or existing Group Policy Object (GPO) and navigate to the Do not show the Start Menu when the user logs in policy, located in the following path:

This Group Policy appears to affect the DontShowStartMenuOnLogin DWORD value in the Windows Registry; the relevant Registry path is:

Fasten your seat belts, friends: this is where the “Beta” in Windows Server 8 Beta becomes apparent. Take a look at the Do not show the Start Menu when the user logs in policy setting in Figure 5. Although the Supported on: field lists At least Windows 8 Consumer Preview, the text in the Help: dialog says:

This group policy only applies to the Windows Server 8 Beta with the Desktop Experience Pack installed. 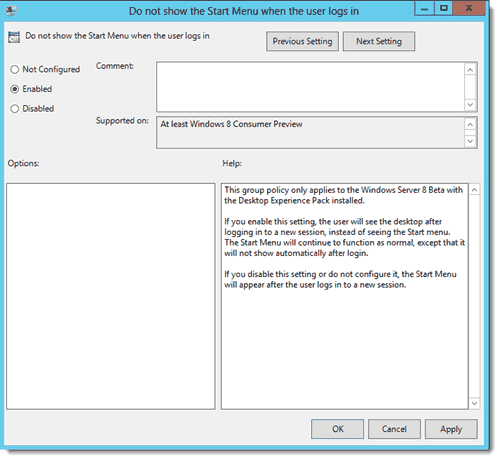 What in the world is going on here? Does this Group Policy setting disable the Metro UI in Windows 8 Consumer Preview domain workstations? No (I tested this).

To test this Group Policy setting in Windows Server 8 Beta, let’s fire up Server Manager, start the Add Roles and Features Wizard, and install the Desktop Experience feature. This is shown in Figure 6: 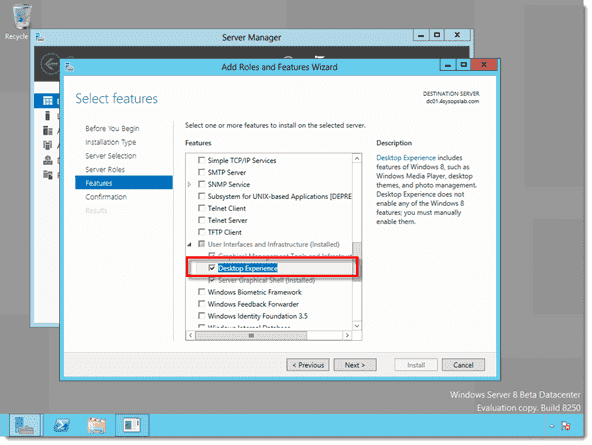 In my testing, I found that even with the Desktop Experience feature installed, disabling this Group Policy setting in Windows Server 8 Beta still resulted in the machine booting to the standard Desktop.

NOTE: Don’t be put off by the reference to “Start Menu” in this and several other Windows Server 8 Beta Group Policy settings. Microsoft may adjust this terminology in the final release code of Windows Server 2012. By contrast, Microsoft may want us to think of the Metro environment as the “new” Start menu.

In conclusion, I found that Windows Server 8 Beta always bypassed the Start Screen and booted to the traditional Desktop, regardless of how that particular Group Policy setting was configured. It remains to be seen whether Microsoft will broaden the scope of this policy such that it affects Windows 8 client systems.

In this blog post we listed some advantages and disadvantages to the Windows 8 Metro user interface. We are interested to gather your feedback on the subject. To that end, please feel free to leave your thoughts in the comments portion of this post. Thanks for reading!