Windows 8 - Is Microsoft listening to customers?

Michael Pietroforte  Thu, Apr 7 2011Fri, Apr 15 2011  microsoft  9
The success of every new software product is dependent on whether customers like the new features or not. Thus, I think it makes sense to listen to customers as early as possible.

You might have heard the news that some sites that were posting rumors about Windows 8 features were shut down. It appears to be unclear who is behind this, but it is obvious that Redmond does not really like it when possible Windows 8 features are discussed in public at this time. I believe that this strategy is wrong, and in this post I explain why. 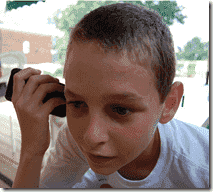 In my opinion, these rumors are very important. They trigger discussion on the web, and I believe that this helps Microsoft find out what Windows customers really want. This is one of the reasons why I started the Windows 8 poll with its somewhat surprising outcome.

Of course, the downside is that wrong expectations will turn into disappointment if the rumors turn out to be hoaxes or if features have to be axed because of time constraints. The Vista marketing debacle was partly caused by these dashed hopes. However, Microsoft survived, and those discussions after the public release of Vista led to Windows 7, which obviously is a big success.

I think Apple-like behavior that keeps simple new features a state secret until the final product is released is not only ridiculous but is also not helpful in creating a software product for the masses. A smart software company makes use of the new many-to-many communication feature of the web to create a software product that the masses want.

One of the most popular sentences in product manager blogs is "We listen to our customers." I wonder how this is possible if you keep features a secret until the first beta is released to the public. At this stage, it is already too late to "listen to customers." I think that asking a few CIOs of big organizations and "partners" what kind of features they would like to have in a future product release, or how they like an early alpha version, is not listening to customers. It is listening to a few experts and nothing more.

This kind of "listening" was appropriate in a world without many-to-many communication. Rumors and cancelled features were one reason for the Vista debacle, but the main reason was that many just wanted a different kind of product (not me). How could this be possible, after a development period of more than five years, if Microsoft listened to customers? Did all those customers lie? Or didn't they know what they wanted? Or did Microsoft just listen to the wrong customers? The truth is that only a handful of software engineers guessed what kind of features people wanted in Vista, and they simply guessed wrong.

If you have very "good guessers" (like Apple, at the moment), this can work quite well for a while. However, guessing always involves luck, and every run of luck ends sooner or later. And what happens if the good guesser has to retire (Steve Jobs) or leaves the company for a higher purpose (Bill Gates)?

Vista's long beta phase was not really helpful either. By nature of a beta product, only minor changes can be made. However, those minor changes are sometimes not enough to create a successful product. Listening to customers nowadays means to extensively monitor the discussion on the web. I believe that it is necessary to discuss new Windows features openly on the web long before the first line of code is written.

Companies may think that this open discussion poses a risk that competitors will get ideas for their products, but this risk has to be accepted. In the end, the company who has the best listeners will prevail. But if you hide in the back or even hunt down journalists who dare to do their job (like the Cupertino paranoiacs), you only demonstrate that you are not really interested in listening to customers. Not listening to what people want has become dangerous not only for software companies but also for governments who underestimated the new power of many-to-many communication on the web.