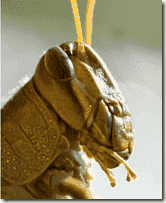 In my last post, I gave an overview of the new Windows Troubleshooting Platform. Today, I will discuss the limitations of this new Windows 7 feature.

With this Platform, users won't allegedly be bothering you any more with trivial issues so you can focus on the more interesting stuff, and CIOs can save costs by reducing help desk staff. It all sounds too good to be true. Unfortunately, these implicit promises in Microsoft's paper are a bit exaggerated, at least in my experiences with the Windows 7 Troubleshooting Platform.

In my last post, I mentioned two examples where Windows was indeed able to solve two common user problems. However, the Troubleshooting Platform also has some severe limitations. One problem is related to security. Quite a few of the built-in Troubleshooting Packs require admin rights. In such cases the Troubleshooting Wizard will prompt the user for an account with administrator privileges. This is even the case in the simple example of the muted speakers I gave in my last article. Would you really give an end user admin privileges just to unmute speakers? 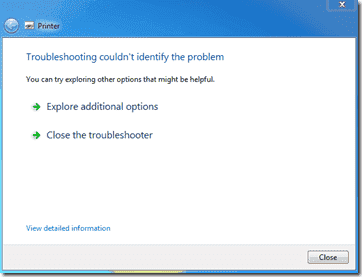 I suppose, these problems could be solved with more sophisticated Troubleshooting Packs. Many typical user problems can be fixed with standard users rights. However, this is not my main complaint. I have serious doubts that script-based troubleshooting works for the majority of computer problems. Computers have become far too complex to be mastered with some simple scripts. When I played with the Troubleshooting Platform I immediately encountered simple problems that couldn't be solved. For example, the Printer Troubleshooting Pack didn't recognize that my printer simply wasn't connected. The Networking pack was confused by the fact that I had a third-party VPN solution running, which made it think I have a networking problem.

Since I use Windows 7, the Action Center discovered four different issues. Two of them were not problems at all, and the other two couldn't be solved by the Troubleshooting Platform. You might argue that this new feature doesn't have to solve all problems and that it would be already helpful if it can solve a few issues. However, I think, this argument is only valid if the Troubleshooting Platform could solve a significant number of problems.

As long as only a few simple Troubleshooting Packs exist, it is not worth wasting your time with a wizard if you know in advance that the wizard won’t be helpful in 99.99% of all cases, anyway. As things stand now, the Troubleshooting Platform might even increase costs if end users start messing with their systems without being able to solve the problem in most cases.

I think, the approach of the FixWin tool, I discussed a few days ago, is much more promising. Instead of letting a script spot computer problems, human intelligence is used to identify a very specific problem and then the script takes over to only change the configuration.

It is not Microsoft's first attempt to introduce AI-based helpers in their products. Do you remember the funny Office assistants that were dropped in Office 2007 because they were good only for distracting users from their work? I think, it is much too early to introduce problem-solving software in such complex environments.

According to Ray Kurzweil, it will take  another 20 years or so until a common PC is as intelligent as a human being. And this is the minimum of what it takes to be capable of "trial and error computer troubleshooting." It is common knowledge that even some humans have problems mastering their computers after years of training. So how could software that is far less complex than a grasshopper brain be any better?