In this article of my Windows 7 feature series, I will blog about the changes in applications that are delivered with Windows and I will also write about functional enhancements. The most notable new application certainly is Internet Explorer 8 and the most important functional change is the new MinWin kernel. The better power management is also quite important. Vista has been criticized for shortening the battery life in laptops; this is significantly shorter than in Windows XP. The improvements sound interesting, but reality will show if Windows 7 is improved here. 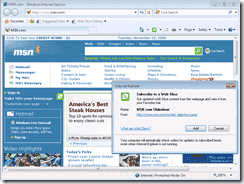 I will only discuss the major changes here. 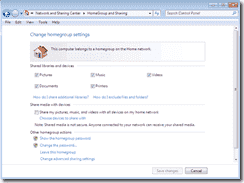 The most comprehensive source about MinWin, the new mini kernel in Windows 7, is this interview with Mark Russinowich. Robert McLaws translated the main part for non-developers.

In Windows 7, the CPU and the GPU create a co-processing environment. Check out this article at Microsoft's Windows blog for more information. 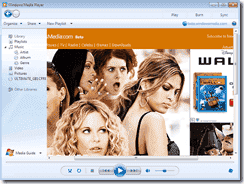 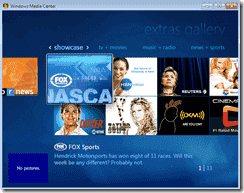 The new fault tolerant heap is supposed to reduce the number of crashes significantly.

Microsoft removed Windows apps such as Windows Mail and or Windows Photo Gallery from Windows and offers them as free downloads as a part of the Live Essentials suite. The Windows Live Services are web-based apps like Windows Live Hotmail or Windows Live Spaces. As useful as these tools are, I didn't include them here because I think that downloadable apps and web apps shouldn't be considered as part of the operating system.

If you know of a missing or dropped feature, please leave a comment below or send me a message. Of course, any other response is welcome too. Please, let me know if you described one of the features in your blog or know of a more detailed source. I will then add a link.