Windows 7 end of mainstream support – Should you upgrade now?

Michael Pietroforte  Tue, Jan 13 2015Wed, Jan 14 2015  microsoft, windows 7  16
Oh, yes, you should! Even though some news sites claim that the end of mainstream support doesn’t really affect Windows 7 customers, the truth is that if you still have this five-year-old OS running in your network, you might run into problems soon.

Today ends the mainstream support of Windows 7. That’s a good thing. A bad thing is that some news sites downplay the importance of this date. For instance, Neowin claims that this just means no new features will be added to Windows 7. Well, I haven’t seen a noteworthy new feature for Windows 7 for quite a while. It is a truly outdated operating system. 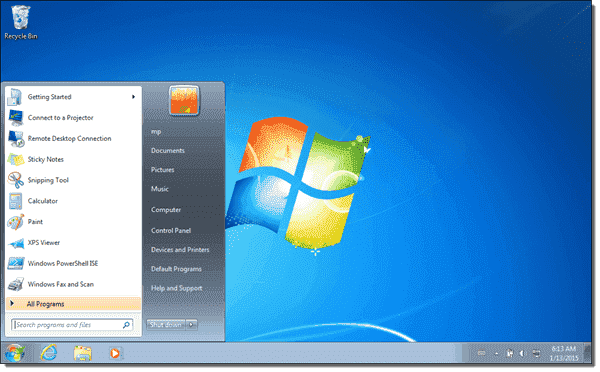 However, the main point about this date is not that Microsoft will no longer extend the functionality of this legacy OS, but that non-security hotfixes will no longer be available for free. This is why January 13 is such an important date for businesses that run Windows 7 and don’t have a Software Assurance agreement. You now have 90 days to purchase the extended hotfix agreement. That’s right—from now on, you have to pay if a Windows bug crashes your computers because Windows 7 has become incompatible with a third-party application or driver.

Of course, you still get security updates for Windows 7 during the extended support phase, which ends in five years. I suppose that is the main reason why many Windows 7 admins don’t really feel an urge to upgrade to Windows 8.1 with its unloved Start screen. And, if you have Software Assurance anyway, you can just stick with what you know for the next five years. This means that many admins will work with one and the same operating system for 10 years!

I know there are IT pros out there who like it just that way, and, to be honest, I never understood this. Information Technology is one of the fastest-changing fields, and I always assumed that if someone decides to work in IT, he or she must have a truly forward-thinking attitude. Of course, many of those admins would never admit that they are against progress. Usually, they would claim that Microsoft’s latest operating system just isn’t better than its predecessor, or, in some cases, they would even say that the new Windows version is worse. Of course, that’s the perfect excuse to just stick with what you know.

These kinds of arguments are as old as Windows. I first became aware of them when Windows 95 was released. And when Windows 2000, Windows Vista, and, most recently, Windows 8 came out, we had the same discussions all over again. It also always ends the same way. The naysayers are forced to adapt to the progress and suddenly wholeheartedly embrace the new features that they had been bashing before. Of course, if you then address the topic, they would always deny that they ever were against a certain enhancement, which is understandable from a psychological point of view because they somehow have to make sense of their own actions.

I think many IT pros totally underestimate the new functionality that comes with every new Windows version because of the complexity of the topic. Think about it. Hundreds of the best-paid engineers work on a new operating system for years, and then a few former English graduates come along who are now badly-paid computer journalists and claim that it is all just rubbish. And the worst thing is that large parts of the IT community then applaud this shallow analysis, which is really bad because IT pros should know better.

The problem is that every new Windows version comes with myriad improvements that most IT journalists don’t even understand. I just had such a case when I noticed how longwinded it is to install the Active Directory module for Windows PowerShell on Windows 7 compared to Windows 8. I bet you have never read a Windows 8 review in one of those popular PC magazines that even mentioned this improvement.

And, of course, this is just one of the innumerable new features that increase the productivity of IT pros and end users. Journalists just focus on the obvious changes, such as the Start screen, and, for some reason that I don’t understand, come to the conclusion that it is a change for the worse—and then recommend sticking with Windows 7 or, even worse, Windows XP. This is like if someone in the 19th century would have claimed that these new automobiles are not really better than horse-drawn carriages because reins are so much easier to handle than steering wheels. (I am sure this argument was used many times.)

I strongly believe that any company that doesn’t always upgrade to the latest available Windows version loses a lot of money because its employees don’t have the best tool to optimize their productivity. That’s why I say: Let’s get rid of what we know! Let’s upgrade to Windows 8.1!

How about you? Are you an IT Luddite or an avant-gardist?