The Windows ADK is a collection of free tools that help you deploy Windows. The screenshot shows all the utilities that come with the Windows ADK for Windows 10. 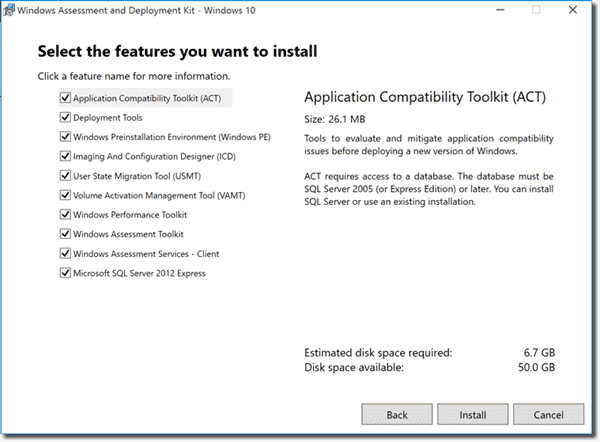 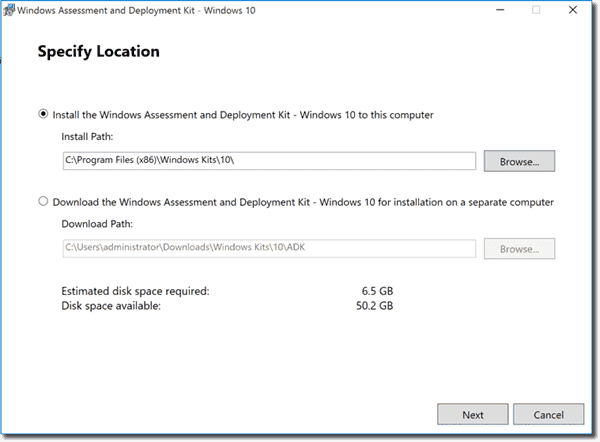 We will publish a review about the new Windows ADK features in a follow-up post.

The Microsoft Deployment Toolkit 2013 Update 1 sits on top of the Windows ADK and helps you get started with all the different deployment tools. We already covered the new MDT 2013 Update 1 features. You can now download the final release.

Another tool that helps with the deployment of Windows 10 is the Microsoft Desktop Optimization Pack (MDOP) 2015, which is now also available. MDOP isn’t for installing Windows, but its application deployment features can come in handy when you have to deploy a new operating system. MDOP 2015 supports Windows 10.

Perhaps the most important utilities from an admin’s point of view are the Remote Server Administration Tools (RSAT). This collection of GUI tools allows admins to manage Windows servers remotely. Unfortunately, the tools are currently only available as Preview. I tried to install RSAT on the current Windows 10 version. Even though I received no error message, the tools didn’t appear in the Windows Features app.

However, according to Gabriel Aul, Vice President for the Engineering Systems team in the Windows and Devices Group at Microsoft, RSAT for Windows 10 might be available this month.

I guess the fact that RSAT isn’t currently running on Windows 10 prevents many admins from upgrading their own work computers. This slows down the adoption of Windows 10 in the corporate sector because organizations often consider an upgrade only after their admins are convinced that a new Windows release is a positive thing.