Michael Pietroforte  Wed, Oct 1 2014Fri, Oct 3 2014  microsoft, windows 10  3
This post is a summary of all the known new Windows 10 features. It saves you the time of reading countless reports because it lists just the facts in a condensed form.

Let me just make one personal comment. Naming the Windows 8 successor not Windows 9, but Windows 10, is courageous. It is also justified because the next Windows version indeed passes a threshold.

I have criticized Microsoft before about their odd version naming after the release of Windows 8.1. If it is really true that Windows 10 is the last major version, someone at Microsoft must have noticed that the new cloud-driven computing paradigm also requires a new way of versioning for on-premises products. I think an even more courageous and appropriate name would have been “Windows” without any version number. Azure and Office 365 also don’t have a version number and are continuously updated.

Businesses can choose between two update modes. They can opt-in to receive feature updates at the same speed as the consumer version of Windows, or they can lock down their Windows installation and only receive security updates. Admins will also be able to choose the update mode for different user groups. It is interesting to note that critical and security updates will be delivered on a monthly basis.

It appears this feature is related to the two update modes and the threshold thing. If Windows 10 is the last major Windows release, a new upgrade process is required that allows admins to keep devices up to date.

Microsoft will unify the app stores for Windows and Windows Phone. The new cross-platform development paradigm will allow developers to offer their apps on all types of Windows devices.

The unified app store will support volume app purchases. Admins will be able to create customized stores for their users.

Windows Store apps will behave like desktop applications—that is, they will run in a window with a title bar that can be dragged and resized. 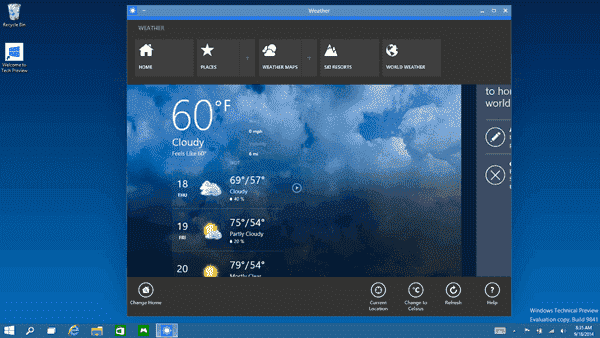 The new Start menu looks a lot like the old one in Windows 7 (my biggest disappointment). 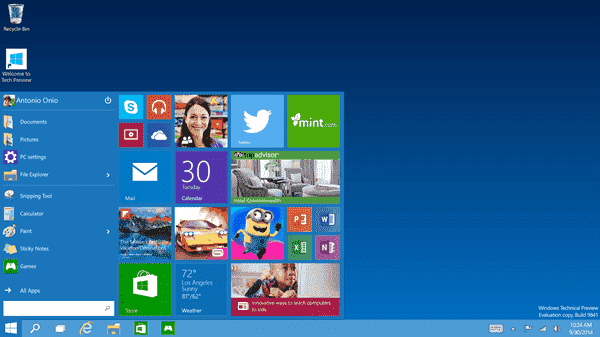 The new quadrant layout allows you to “snap” four apps (not just two, like now). Windows will make suggestions on filling available space with apps. 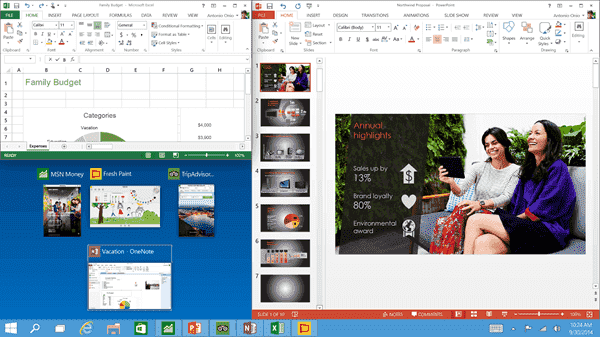 Linux users have been used to working with multiple desktops for ages. Now, Windows users no longer have to rely on third-party desktop managers, which were often somewhat unreliable. 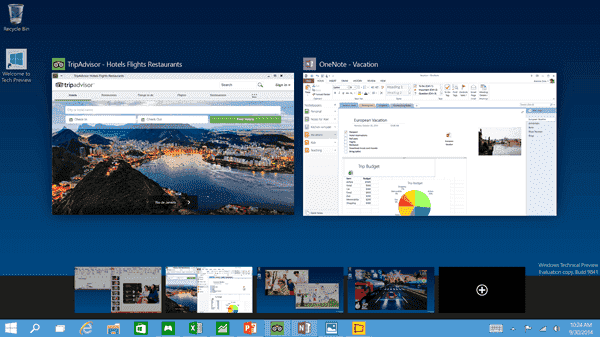 The taskbar has a new task view button that allows you to switch between open files and desktops.

No specific information is available about this new feature except that smartcards and token-based systems will be supported.

BitLocker will support containers that allow you to move encrypted data between different devices. Perhaps this feature will work like TrueCrypt containers. BitLocker will also support “data separation at the application and file level.” This sounds interesting, but I admit I have no clue what this is supposed to mean. Let me know if you do.

No specific information is available at this point. I will keep you up to date as I learn more.

Microsoft says that built-in MDM will be enhanced. We will see what these enhancements will bring.

IT pros who want to test the Windows 10 preview can now download Microsoft’s latest OS from the Windows Insider Program page.

There are rumors that the release date of the final version will be mid-2015.

At the time of this writing, Microsoft didn’t announce any Windows 10 pricing. Some bloggers spread the rumor that the upgrade will be free. That doesn’t sound very likely to me.

Notice that this list is, of course, not complete because Microsoft is planning to add new features until the final release of Windows 10. If you want to see what the preview version looks like, you should watch Joe Belfiore’s presentation.