If you count all of the settings in the ADMX files using PowerShell, you will see that their number has not increased but decreased, from 3,440 in Windows 10 1909 to 3,245 in the 2004 version. This mystery can be solved by checking the contents of the PolicyDefinitions directory. In Windows 10 2004, msedge.admx, which contained approximately 200 settings for the old Edge browser, is missing. 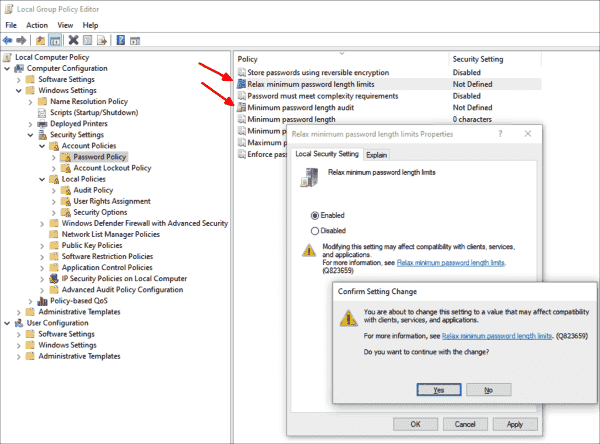 This opens up the possibility of enforcing passphrases without using third-party tools. Passphrases are comprised of several words or entire sentences that users can remember more easily than single long passwords. Due to their length, passphrases are not as easy to crack as passwords by using brute force attacks, especially if they must also meet complexity requirements.

Microsoft has supported FIDO2 with Windows Hello for some time as part of its efforts to eliminate passwords for logging on to Windows. A new setting, Turn on security key sign-in, can now allow users to use external security keys such as those from Yubico. 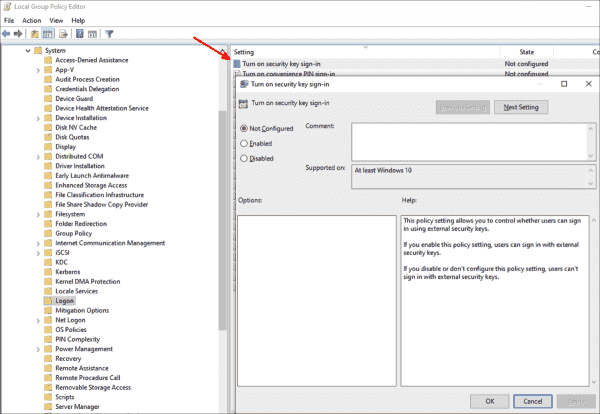 It can be found under Computer Configuration => Policies => Administrative Templates => System => Logon.

Regarding authentication, there is another new setting that previously could only be configured using a separate ADMX file. It can be found under Local Policies and is called Domain controller: LDAP server channel binding token requirements. An explanation is given in this Security Advisory.

No GPO settings for Edge and WSL 2 ^

The previous version of Microsoft Edge is still included with Windows 10 2004, but the group policies that govern it have been removed. The browser will ask if you want to download Edge Chromium the first time you start it. The administrative templates of the new version are therefore not included in the latest release of Windows 10.

For browser management, Windows 10 2004 introduces a setting for Internet Explorer called Configure which channel of Microsoft Edge to use for opening redirected sites. It was originally not available in 1909, but has been added via an update after Edge Chromium was released. 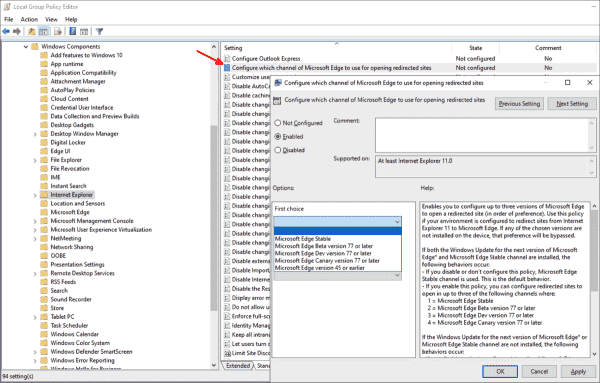 When redirecting pages from Internet Explorer to Edge, you can specify the version of the target browser

It is used to determine the version of Edge used when redirecting certain pages from IE to the new browser (e.g., using the option Send all websites that are not included in the Enterprise Mode Site List to Microsoft Edge). It is available under Computer Configuration and User Configuration.

For the biggest single innovation of the operating system, the largely rebuilt subsystem for Linux (WSL 2), Microsoft relies on a configuration file in text format (.wslconfig), as it does with Sandbox. Accordingly, there are no group policies for this.

Some improvements have been made to Delivery Optimization, a cache mechanism of Windows Update for Business (WUfB). In particular, admins can now specify absolute values for the maximum bandwidth available for downloading updates.

The group policies split this option into two settings, for downloading in the foreground and the background. You can find them under Computer Configuration => Policies => Administrative Templates => Windows Components => Delivery Optimization. 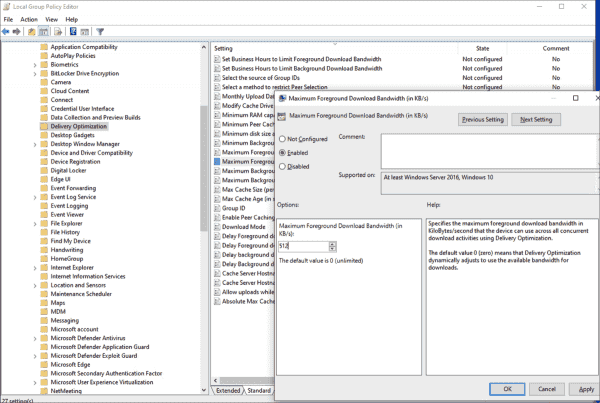 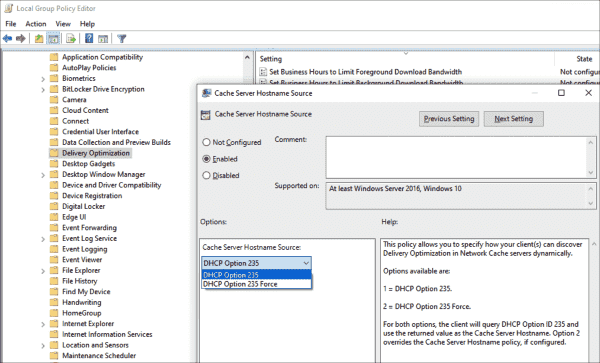 Setting to assign the cache host via DHCP

WUfB also has a new option, Select the target Feature Update version, that limits the search for feature updates to a specific version.

Three new settings control the installation and use of (certain) apps: 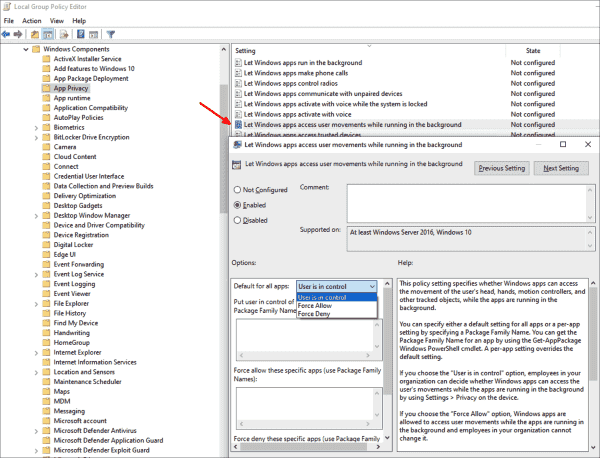 If you activate the Enable file hash computation feature setting, the virus scanner will create a hash for executable files. This setting is disabled by default. 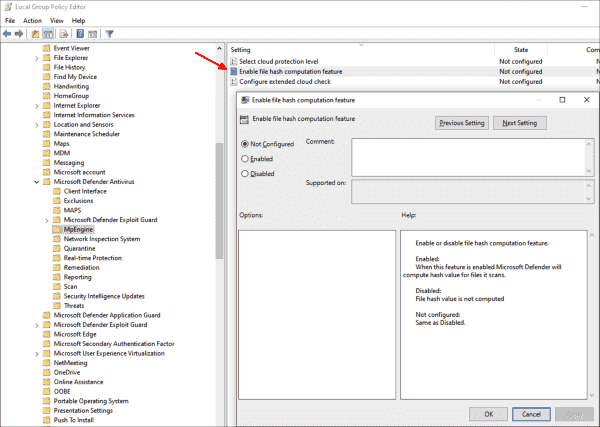 You will note that the Enable file hash computation feature setting affects the performance of the entire system, but this only occurs during the first check. This setting is primarily useful in conjunction with Defender ATP, so you probably will not activate it if you have not booked this service.

Three new settings determine whether users can control the version of the Input Method Editor (IME) used for Japanese, Simplified, or Traditional Chinese. The IME is used to enter complex characters. The newest Microsoft IME is enabled by default.

You can find them under User Configuration => Policies => Administrative Templates => Windows Components => IME.

In Windows 10 2004, Microsoft not only added 17 new settings, but also removed five old ones. Three of them relate to delivery optimization, as two new settings for foreground and background downloads have been introduced for bandwidth control. As a result, the following settings have been removed:

Two settings for Application Guard will also be phased out:

The basic problem with the deleted settings is that they cannot be configured in existing GPOs once you use the new ADMX templates.