Wolfgang Sommergut  Thu, Nov 29 2018Thu, Nov 29 2018  deployment, group policy, windows 10  1
Many of the changes to Windows 10 for business users are not so much about the system itself as about the supplementary tools and services. For administrators, the way to install RSAT has changed, and regedit.exe simplifies the entry of paths.

Microsoft's own overview of new features for professional users is dominated by services from the cloud that either complement Windows 10 or provision it over the Internet. These include Defender Advanced Threat Protection (ATP), which has gotten some additional techniques for defending against attacks, and Windows Virtual Desktop, a remote desktop based on its own edition of Windows 10.

Microsoft has announced the progress of the tools that are central to its concept of Modern Management. In this scenario, the end-user devices are installed, updated, and supplied with applications using cloud services. Systems are preferably configured via the MDM interfaces of Windows 10.

Included among the innovations here is the ability of Autopilot to install the OS on existing and not merely on new PCs. In addition, Intune now supports the distribution of Win32 applications.

Windows Analytics, a cloud service that checks machines for upgradeability, is now being merged with Desktop Analytics. In conjunction with SCCM, Desktop Analytics can inventory the monitored systems and create the smallest possible pilot groups of PCs representing all applications and drivers. 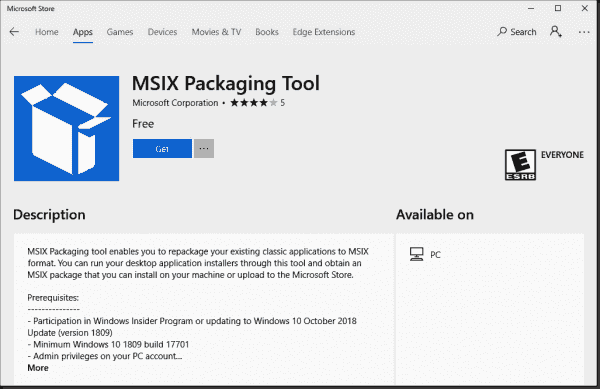 The new MSIX package format also belongs in the context of Modern Management and is intended to replace all existing package formats, such as MSI, APPX, and App-V. Version 1809 of Windows 10 is able to install applications that are available as MSIX. The associated packaging tool is available from the Microsoft Store.

RSAT as an optional feature ^

Tools for managing the Windows Server are part and parcel of an admin workstation. Conventional on-premises tools still dominate this category for the time being. A new option for remote-server management is the browser-based Admin Center, which has recently been launched as a second official release.

This option, however, does not cover all roles and features, so the RSATs remain indispensable for the foreseeable future. Windows 10 1809 offers a substantial innovation by integrating the Remote Server Administration Tools as optional features (see my instructions for installing RSAT 1809). 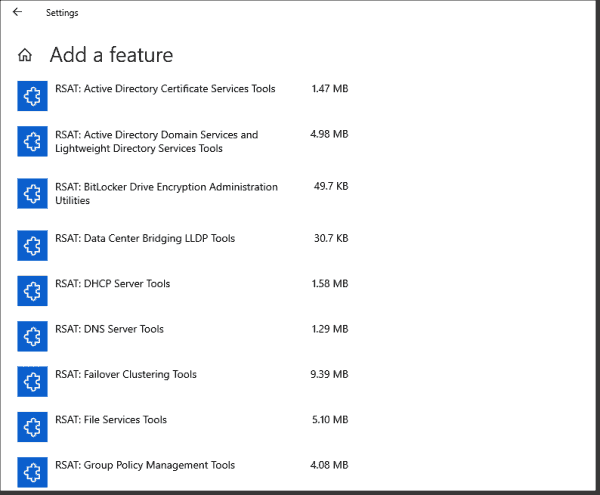 RSATs as optional features in the Settings app.

Microsoft stopped offering the conventional download of RSAT after versions 1709 and 1803, so adding the tools via the Settings App or PowerShell remains the only option. 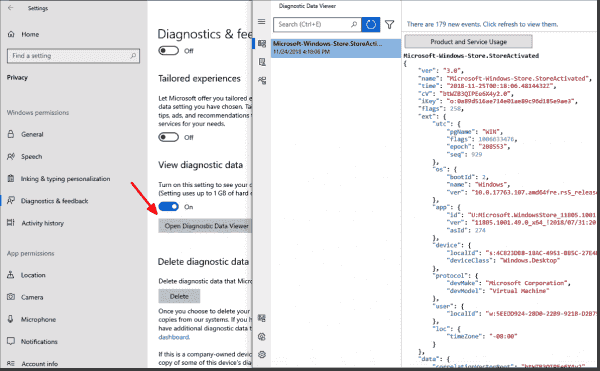 With the Diagnostic Data Viewer, a new tool has been added to Windows 10 that reveals the telemetry data sent to Microsoft. It is available as an app from the Microsoft Store and can be launched from Settings.

Edge as a reader for e-books; more GPO settings ^

Since Microsoft launched Windows 10 with a completely new browser and left the IE legacy behind, Edge has made great strides with every release toward being a competitive product. 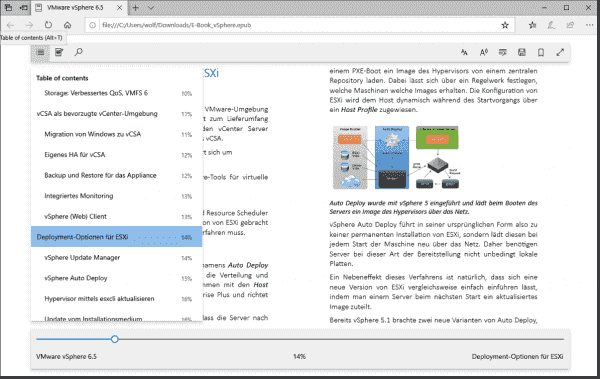 From the user's point of view, the most obvious enhancements include extended support for the epub format, making Edge a full-featured reader for e-books. This includes navigation via the table of contents or the insertion of notes. 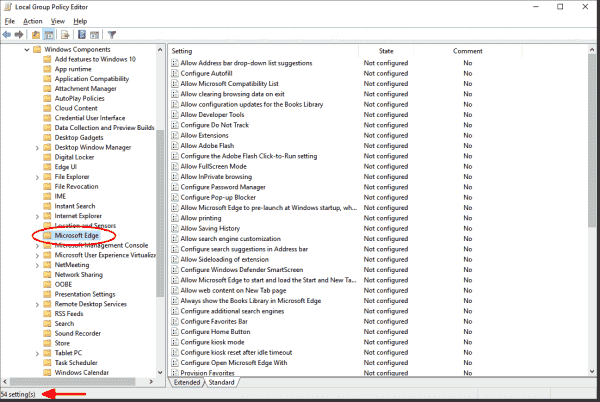 Two other innovations will be of interest to the system administrator. These include a significantly increased number of GPO settings for Edge, allowing more browser functions to be centrally managed.

Additionally, there is a new kiosk mode in which the web browser is the only app that runs in the so-called Assigned Access mode. It starts in InPrivate mode with minimal functions while blocking most user customizations.

The recently announced extended support from Microsoft has a greater impact on companies’ use of Windows 10 than many of the new technical features. This change provides users with more time to upgrade to version 1809, or they can choose to skip the upgrade altogether.

The longer support phase for Windows 10 that started with release 1607 will now be 30 months instead of 18 months. However, this applies only to the Enterprise and Education editions.

Companies that continue to find the update intervals too short will still have Windows 10 LTSC as an alternative with 10 years of support. However, Microsoft recommends this version only for selected business-critical PCs and not for general use. Windows 10 1809 will also be released in the Long-Term Service Channel (LTSC). 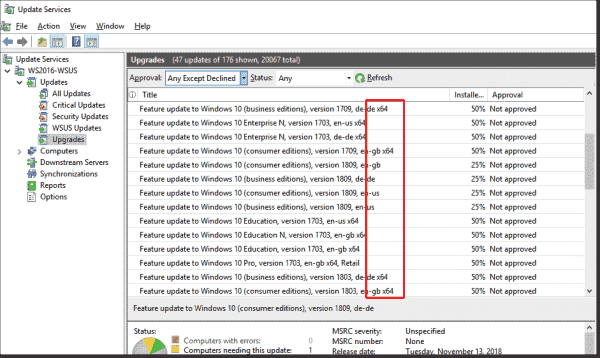 Finally, Microsoft is also improving its update service for Windows 10 by reducing the size of monthly cumulative updates by up to 40%. Another change offers targeted feature updates for the 64-bit operating system in WSUS that omit the 32-bit binaries and thus will significantly reduce the size of downloads.

Improvement of the user experience ^

Like almost all feature updates, Windows 10 1809 brings many minor changes and improvements. Many of these affect the user interface or the apps shipped with the OS. For business users, they often offer only limited benefits or are even unwanted (such as the web search with Bing now integrated into the start menu).

Here is a list of new features that can be of value in professional use:

The registry editor offers auto completion for paths within the database so that navigation can be faster and users are not restricted to clicking through the tree structure. 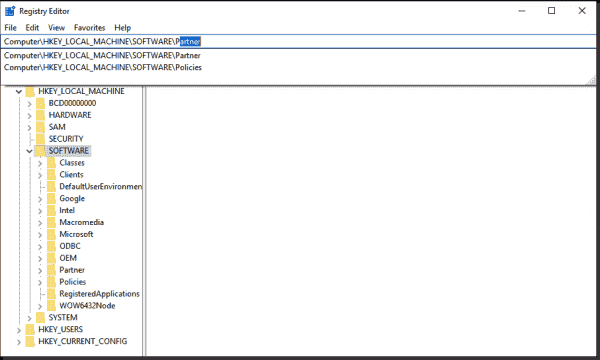 An integrated clipboard manager allows more than one object to be saved. This extended functionality must be activated in the Settings app. Currently, this feature is limited to only a few content types, and images are limited to 1MB. 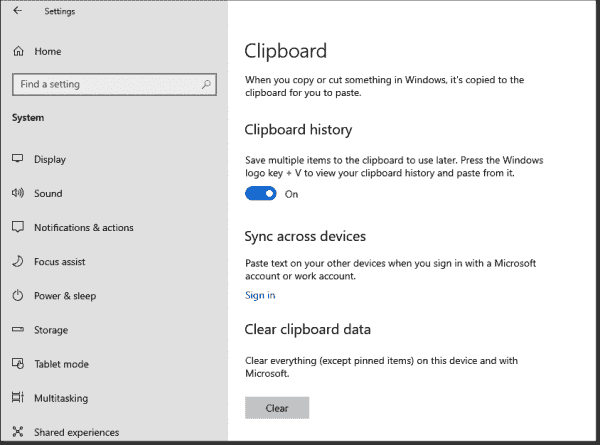 The extended clipboard, which can store multiple objects, is not activated by default

If organizations don't want their users to activate the extended clipboard or to synchronize its content between devices, they can lock these features using following setting in group policies: 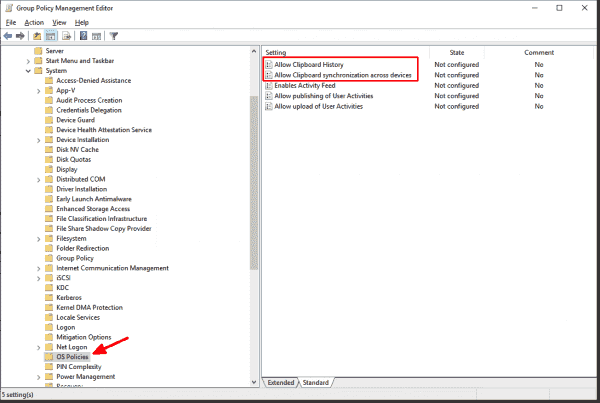 Notepad supports Unix-style line breaks. While Windows combines \r and \n, *nix uses only \n. The editor can now display and save existing files correctly if they originate from a Linux computer.

The Windows firewall supports the Windows Subsystem for Linux (WSL). It is not limited to defining rules for Linux processes. Rather, Linux applications display a notification when they are blocked by the firewall so that users can immediately allow them network access.