Jörgen Nilsson  Mon, Nov 26 2018Wed, Nov 28 2018  active directory, browser, deployment, sccm  27
One of the great new features in Windows 10 1809 is that Microsoft Edge now supports kiosk mode. It is extremely easy to configure and long awaited, so we don't have to use Internet Explorer or Google Chrome for our kiosk computers.

Setting up Windows 10 1809 in kiosk mode using Intune is really easy and beautiful. If you have the chance, be sure to test it out. The kiosk mode in Microsoft Edge is great. We can configure a reset after idle time and configure the behavior of Microsoft Edge in kiosk, single, or multi-app mode. An example might look like the screenshot below: 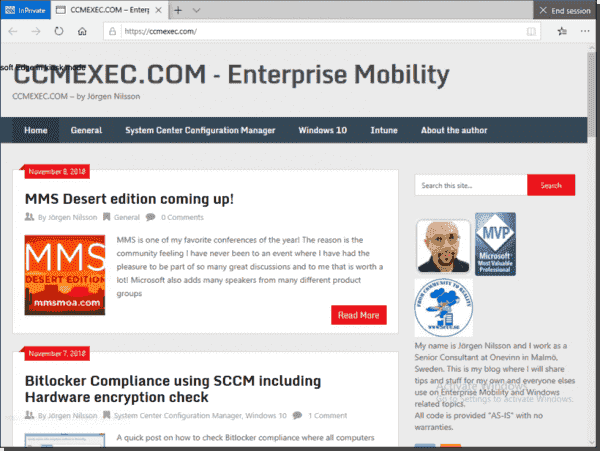 I recommend a local account when using Windows 10 in kiosk/assigned access so you don't expose domain credentials. To do this (during operating system deployment using Configuration Manager for instance) we can simply run a PowerShell script:

The script performs these actions:

This is really easy, but if we want to want to use a domain account, it becomes much harder, since we can't use the built-in PowerShell command to configure assigned access for just that domain account. However, we have the PowerShell WMI Bridge.

The PowerShell script below will use the PowerShell WMI Bridge to configure Microsoft Edge for "User1" in the "CCMEXEC" domain. Note: The script must be executed in System context.

The two new settings are "Configure kiosk mode" and "Configure kiosk reset after idle timeout" where we configure the use of Microsoft Edge in multi-app mode or single-app mode and the idle timeout before it refreshes the session. I use the "Configure Start pages" Group Policy to set the start page for the kiosk as well. It's really simple. 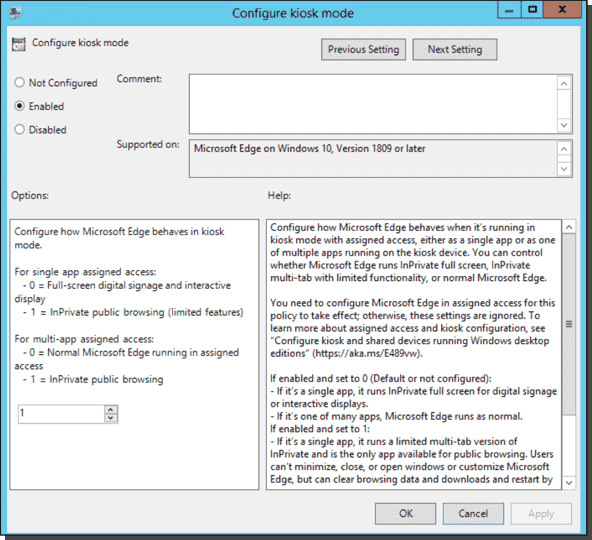 And this is the policy that sets the idle timeout: 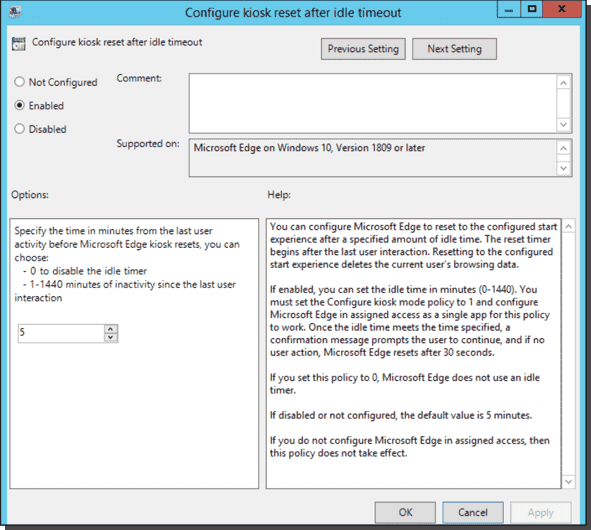 I prefer to configure autologon using Group Policy Preferences, so you can easily change the password. You could configure it during operating system deployment as well of course or by using a script. I have two different organizational units (OUs): one for the kiosk with the local logon and one for computers for the domain account to log onto. We could filter this using security groups as well, but the functionality is the same, and I use the same Group Policy Object (GPO) to configure the OS and Microsoft Edge in kiosk mode as well.

The autologon registry keys are basically the same; for the kiosk GPO that uses a local user, simply remove the DefaultDomainName registry key.

How do we deploy the kiosk machines then? Well, in my lab, I use my own PowerShell front-end, which is not worth mentioning here. You can use collection variables, computer variables, or a front-end where you can select which kiosk you want to deploy. In the Task Sequence, I filter the group based on a Task Sequence Variable. I follow these steps: 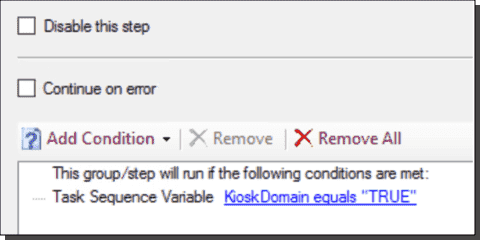 Condition for the KioskDomain group

Configuring the kiosk mode step that runs the script 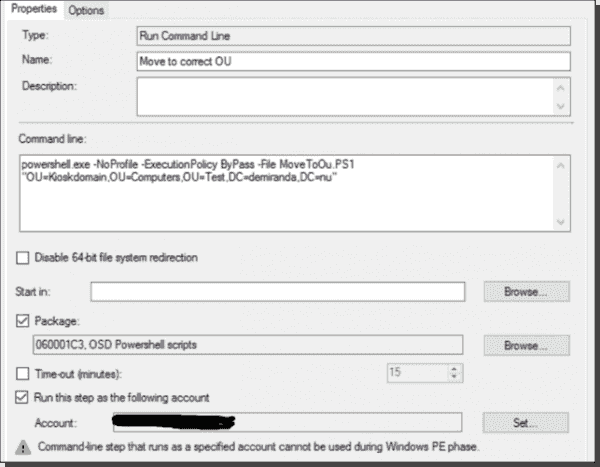 Moving the computer object to the OU

And the next step configures the SMSTSpostaction. 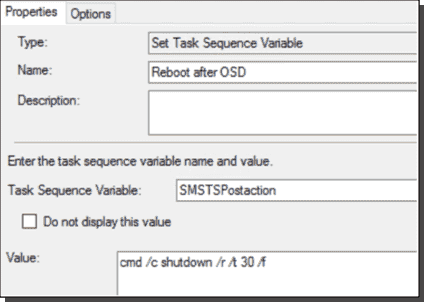 That's it! We now have a script for configuring a Windows 10 1809 system in kiosk mode using either a local user account or a domain user account. The latter one is a bit more challenging to configure.