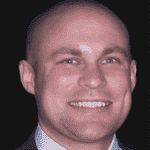 While there are several new features available in R2 already outlined in some other posts on this blog, there are a few specific Hyper-V features that drove me to want to upgrade. 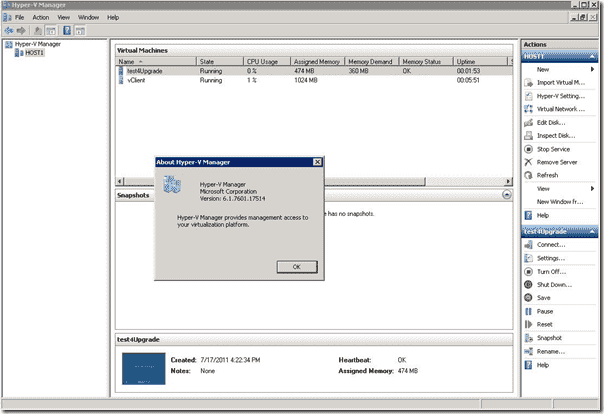 To give just a little background, I maintain a small number of servers for an environment where high availability is very important. Cost was also an important consideration. So we decided at that point to purchase licensing for Windows Server 2008 and utilize Hyper-V and Failover Clustering.

The experience thus far with R1 has been quite good. However there were a few aspects of administration that were at times frustrating.

Because we’re a relatively small environment with newer servers, we’ve been able to virtualize about 10 servers including Exchange 2007 clustered mailbox servers, Exchange 2007 Client Access/Hub Transport servers, Terminal Servers, Domain Controllers, and a few others. When it’s all said and done we have about 20 shared disks in the cluster. While certainly manageable, keeping that many disks straight can get confusing when you consider they are shared between two servers. With that many disks that are for VM system drives, we’re also getting close to simply running out of letters in the alphabet that are available to be assigned.

In the event that one host is down, we have allocated RAM to our VMs so that all VMs can failover to one host. This has been working okay for us but the result of this practice is that 99% of the time we’re only benefiting from half the memory available on each host.

We weren’t willing to pay extra to run System Center Virtual Machine Manager (SCVMM) just so we could have live migration. There have been times when it would have been nice to move a VM to perform maintenance during normal work hours.

Given our list of shortcomings in Hyper-V 1.0 that we’ve been living with, it was great to see that Hyper-V 2.0 would address each of those.

This will allow us to allocate all the space on the SAN server for VMs once. No more guessing or trying to come up with a convoluted formula to determine just how much disk space should be carved out of the SAN.

With Hyper-V 1.0, and our desire to run all VMs on one host when needed, we were only utilizing about 16GB of 32GB of RAM. With 2.0, we’ll be able to dynamically allocate the memory to take advantage of all the memory when both hosts are running.

Last but not least, we get to reduce the amount of time spent after hours for scheduled maintenance.

In my next posts I’ll describe the process I went through to get both hosts upgraded, my experience with the new features, and how well I think they’ve lived up to what Microsoft has advertised.