We don't know if this will be the last version before another major release, which could be 6.8 or 7.0. However, as with any other major release, there is a lot to cover. We'll cover everything that concerns vCenter Server Appliance (VCSA), ESXi, and virtual machine (VM) enhancements.

We won't go through an upgrade process here, as it is very easy to do. You can upgrade your VCSA either online (if you have an internet connection) or offline (by downloading the upgrade file first). You can do the same for your ESXi—either you upgrade host by host online or via an offline file, or you can use the vSphere Update Manager (VUM) built-in tool for larger environments.

The two major new features that made it into this release are both performance related. The first one is support for multiple NVIDIA GRID virtual graphics processing units (vGPUs) per VM and support for second-generation AMD EPYC processors.

But one of the first elements we notice after upgrading our VCSA is the new look and a "deprecated" message next to the Flex client access.

This clearly indicates this is the latest version of the vSphere Web Client where the Flash-based client is still operational. The next major release will no longer have this connection possibility. 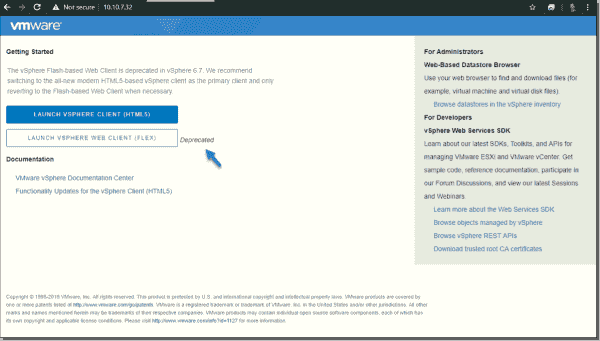 The Flash client is deprecated

I wonder if you realize you can use vGPUs for machine-learning technologies or for advanced graphics work with multiple monitors.

Previously you could configure only one vGPU per VM. With vSphere 6.7 Update 3, you can configure one, two, or four vGPUs per VM. 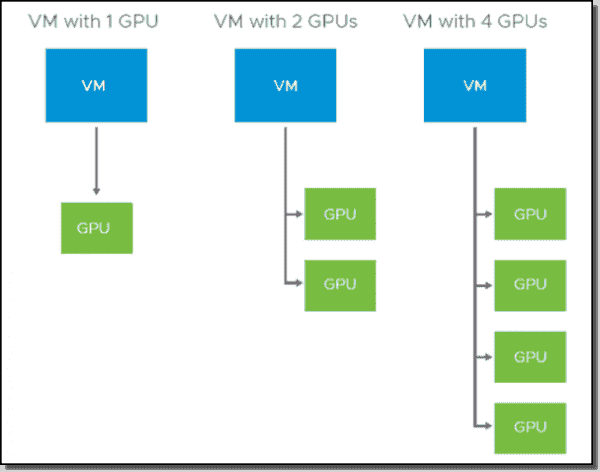 To be able to use the NVIDIA technology, you'll have to have compatible NVIDIA graphics cards installed in your servers.

I've always been Intel shop, but the recent technological progress from AMD makes me thinks twice. AMD has proved in the past that they can make good CPUs. Yet their development wasn't always the most optimized, and they let Intel overtake them in many areas.

However, AMD second-generation EPYC processors are up to 50% more powerful and 50% cheaper than Xeon Platinum Cascade Lake from Intel. 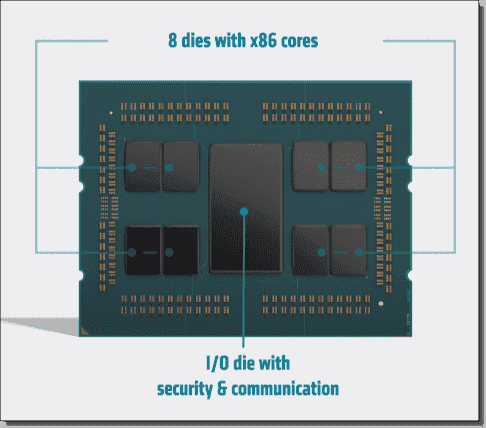 The latest CPUs from AMD use Infinity Architecture—a hybrid multi-die architecture that has a 7 nm process for the CPU cores and a 14 nm process for input/output, memory access, and security functions.

This is the reason for the overall excitement among datacenter admins and users. Customers and clients will benefit from the latest AMD hardware support at a lower price point on the most advanced and most secure VMware virtualization platform.

VMware has also updated their most performant network driver: vmxnet3. For many years, this driver has been the best performing configuration driver you needed to set up when creating new VMs. Other drivers were still available, such as E1000, E1000e, vmxnet, and vmxnet2, but vmxnet3 was the most widely used.

RSS for UDP is now available in the vmxnet3 v4 driver. Performance testing of this feature showed a 28% improvement in receive packets per second.

RSS for ESP showed a 146% improvement in receive packets per second during a test that used IPSec and four receive queues.

In vSphere 6.7 Update 3, when using the vmxnet3 v4 driver, UDP RSS supports both IPv4 and IPv6, while ESP RSS supports only IPv4.

VMware hyperconverged infrastructure (HCI) brought some enhancements to the platform as well. As you know, the VMware virtual storage area network (vSAN) solution allows you to pull direct attached storage (DAS) from each server (host) and create a shared datastore visible to all hosts in the cluster. This shared datastore then serves as traditional shared storage where your VM files are located.

Most of the enhancements lie in the capacity management where, for example, you can now see more detailed data about what's consuming your vSAN space.

There's a new color-coded consumption breakdown per type and a usable capacity analysis to give you better capacity planning. It shows the details better of how much space your VMs, replicas, ISO or other files, and also system-dedicated files are consuming. 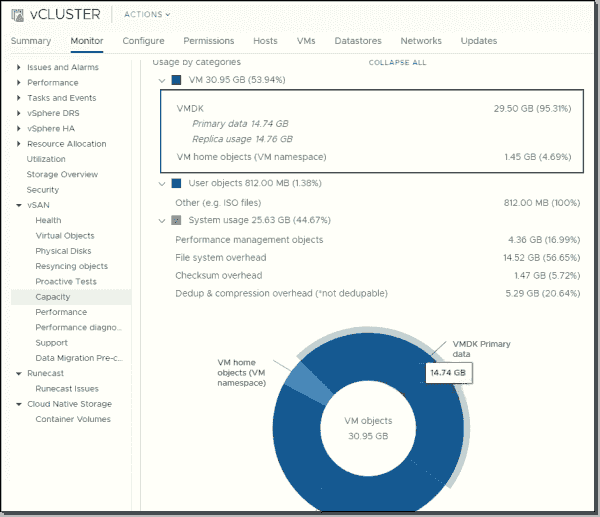 With dynamic DNS support, VCSA can register itself dynamically on DNS servers. This is also a new feature of vSphere 6.7 Update 3.

Another new feature that makes life easier for vSphere admins is a primary network identifier of vCenter Server (PNID) change. A PNID is basically a fully qualified domain name (FQDN) of vCenter.

It is possible to change the PNID after installation, where previously this was not possible. In certain cases, you need this. Such cases include where you have a firm's migrations or where one company bought another one, and they are unifying their naming conventions.

You must do a disk format change (DFC) when you need to change from non-deduplicated storage to deduplication. While it is a simple check box in VMware vSAN administration, the system has to wipe and reformat all capacity drives in all disk groups on all servers in the cluster, behind the scenes.

Now if there aren't enough resources, the operation will fail. A new predictive DFC check will make sure enough resources are available before proceeding, starting to evacuate your VMs, and formatting the underlying storage groups.

Ability to resize LUNs without taking them offline

VMware vSAN lets you export iSCSI logical unit numbers (LUNs) for hosts located outside the vSAN cluster or for other (dedicated) hosts.

Previously, if you wanted to resize your iSCSI LUN, you'd have to take the LUN offline. Now, you can resize the LUNs presented from the vSAN without the need to take the volume offline, preventing application disruption.

In addition, SCSI-3 persistent reservations (SCSI-3 PRs) now have support for Windows Server Failover Clusters (WSFCs) requiring a shared disk. A SCSI-3 PR is when an initiator sets a reservation on a LUN to prevent another initiator from making changes to the LUN. This is like the file-locking concept.

Previous releases of vSphere did not yet have this support. Now you can export an iSCSI volume for your dedicated WSFC living outside your vSphere infrastructure and consume vSAN storage.

It's another big release for VMware. As said, VMware continues to improve and enhance their flagship product: vSphere. They will present and integrate more and more hybrid scenarios with vSphere on Amazon Web Services (AWS) and Azure. Other products of the portfolio, such as the vRealize Operations Suite 8.0 just announced, are going in this direction. Public cloud consumption is becoming easier and easier. VMware does not forget about small customers and on-prem datacenters, as they're the base block for their offerings. Each new release of vSphere has a mix of both (local and on-prem) new features and enhancements.

Leave a reply to poster Click here to cancel the reply