Since several releases of VMware vSphere and ESXi, VMware Tools have been separate from the rest of the software suite. As a result, the updates for VMware Tools occur more often.

Admins can deploy a new version of VMware Tools via vSphere Update Manager (VUM) since there is a download as a vSphere installation bundle (VIB).

For smaller installations or individual ESXi hosts, it is also possible to copy the files directly to your host via secure copy protocol (SCP). You can use WinSCP, a popular freeware solution for this job. We'll show you a how-to procedure with screenshots at the end of the post.

Since the previous version, 10.3.0, VMware drivers have been available through Windows Update and Windows Server Update Services (WSUS) to minimize the reboots. All drivers usually built in are available outside of the VMware Tools package itself. VMware has made this switch because of both the VMCI driver available and others like the PVSCSI and VMXNET3 drivers as well. 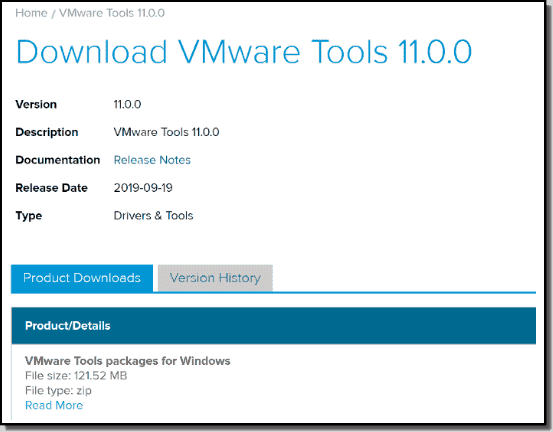 How do I check the version of VMware Tools on my ESXi host? ^

For Windows systems: from the console or a remote desktop session, open VMware Tools from the Taskbar and click About.

Or, from the directory located at C:\Program Files\VMware\VMware Tools\ run the command:

Here is the view from the lab.

For Linux systems: From the console, run the vmware-toolbox command from the terminal and click About.

If you want to determine the vmware-tools version, run this command:

When installing or upgrading VMware Tools 11, you'll notice it installs Microsoft Visual C++ Redistributable for Visual Studio 2015, 2017, and 2019 as a prerequisite.

If you are running Windows systems with these components already installed, the installer directly installs the new version of VMware Tools 11.0.

However, when this is not the case, it will install the Visual C++ redistributable first, which makes the installation process much longer.

You can anticipate this by "pushing" the libraries via WSUS if your organization is using them.

How to install VMware Tools 11.0 on an individual ESXi host ^

Each ESXi has a directory called ProductLocker. By default, VMware Tools are stored in this folder. You can change this default behavior so you can have a shared location for VMware Tools. In this way, you only update the latest version in a single location. It's quite interesting if you are running a large cluster of 30 or more hosts; you only need to update this component once. But this configuration is outside the scope of this post.

Let's just simply show which tool to use and how to update a single ESXi host with the latest VMware Tools.

One of the tools we like is a popular freeware tool called WinSCP. You can download this software from this link.

After installing it, connect to your ESXi host and enable SSH. The ESXi host has to have SSH enabled and SSH allowed in the firewall.

Make sure you enable the SCP service on your ESXi host. You can do this after logging in. Go to Manage > Services. Then select the SSH service called "TSM-SSH" and click on Start to start the SSH service.

Now I assume you have already installed WinSCP on your system. If so, start the software, and then connect to your ESXi host via the SCP protocol and provide your root credentials. 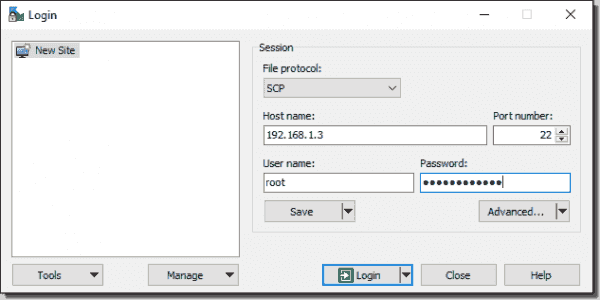 Connect to ESXi via WinSCP

And then accept the RSA key details at the first connection. You'll receive a window with a prompt like this one. 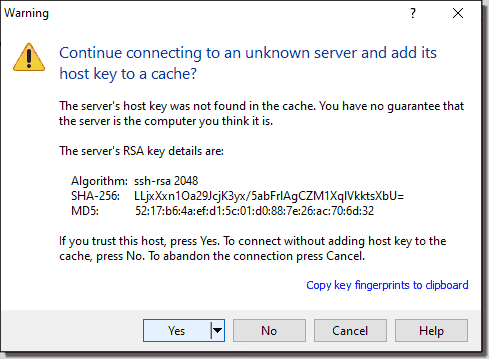 After clicking Yes, you'll get the default two-pane window where you can see the ProductLocker folder. 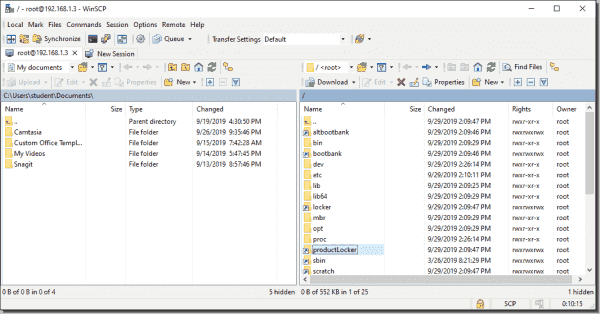 Once you open that folder, you'll see that there are two subfolders:

If you check the VMtools folder you'll see all the ISOs contained within the VMware Tools package you downloaded are there. 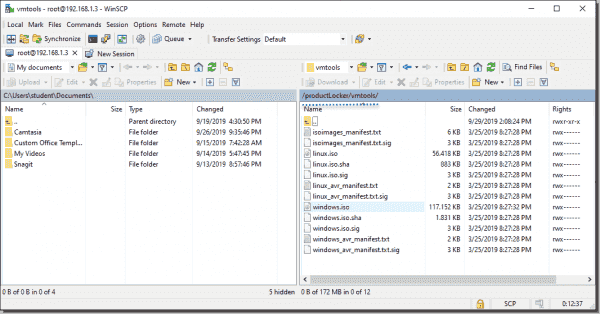 Simply copy and replace the older versions of the files. 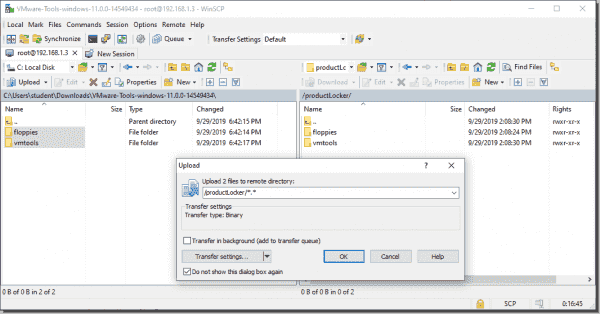 VMware Tools are important, so keeping them up to date is definitely one of the first good practices that every admin should implement as soon as possible. To maintain VM Tools across a large vSphere infrastructure, the best practice is probably using VUM because you can download a VIB, which you can push to the hosts via the VMware preferred way to maintain the vSphere infrastructure.

For smaller to medium-sized installations, the shared folder way I mentioned will work as well. This small how-to article is useful for really small environments.