One excellent side effect of the "PowerShell revolution," by which I mean Windows systems administrators now understand that knowing PowerShell is mandatory, is that these admins are more comfortable with command-line administration.

At the conferences and user groups I participate in, it pleases me to no end to hear working systems administrators tell me that Server Core is the only installation option they consider for Windows Server 2016 and Windows Server 2012 R2. 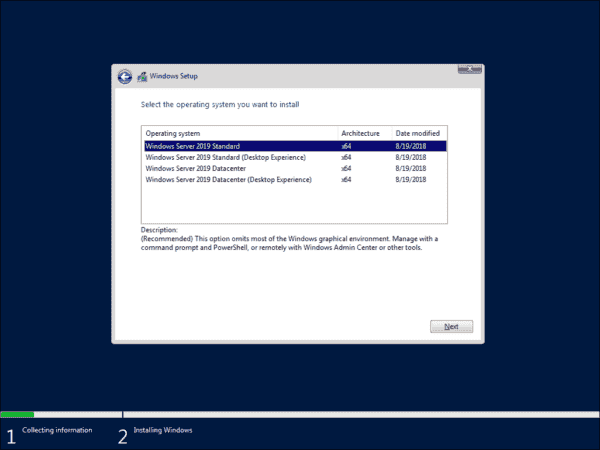 Likewise, the sconfig.cmd utility appears unchanged in the Windows Server 2019 Preview, as shown in the following screenshot: 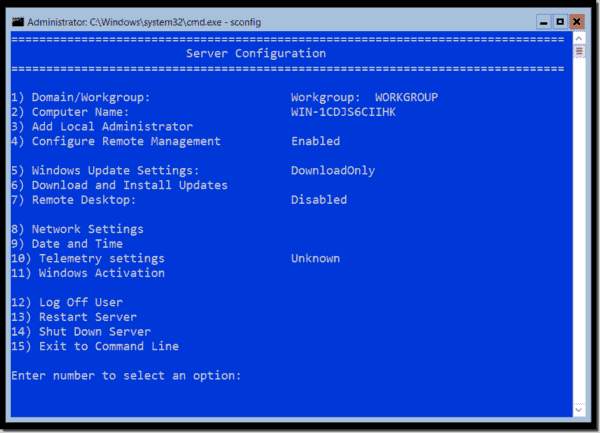 Use sconfig to configure the server locally

Okay, enough with the preliminaries! Let's get to what's new and what changed in Server Core in Windows Server 2019.

FoD is a Windows Server feature with which you can offload server roles and features you don't need from your online or offline server image. Doing so not only reduces the Server Core hard disk footprint, but also decreases the server's potential attack surfaces because potentially vulnerable binaries are not available on the local file system.

After downloading the ISO and making its contents available to your Server Core VM, run the following DISM statement from an elevated command prompt or PowerShell session to install the app'sompatibility features (a restart is required):

Once you're back from that reboot, you can RDP into your Server Core box and run utilities like Microsoft Management Console (MMC) and SQL Server Management Studio (SSIS) if,cessaryI show you this in the nextreenshot: 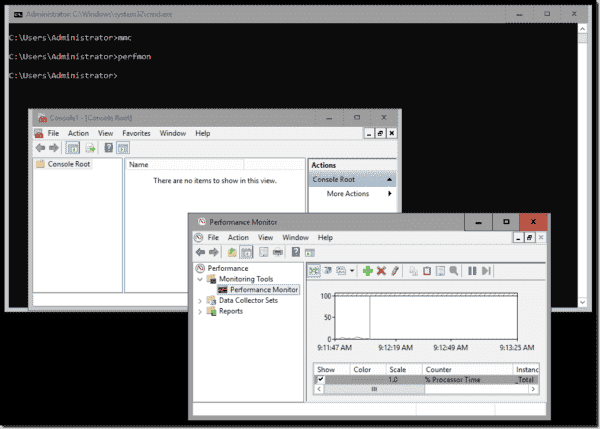 Naturally, some of you may think, "Doesn't running GUI apps locally in Server Core defeat surpose?" My response is, basically, yes, but with the following two caveats:

Some of these App Compatibility updates may help you run server-side code on Server Core that you otherwise couldn't.his capability helps businesses more gradually and smoothly transition from a GUI server to a "headless" server environment.ou can look at this App Compatibility FoD optional update as a waypoint between the Minimal Server Interface GUI option and the full-on Server Core option.

Likewise, Server Core is available in Microsoft's Docker Hub repository as a container image, and the development team continues to whittle the image down to size. According to Microsoft, their objective is to reduce the Server Core base container image to approximately 2 GB. This means you can download the image much faster, ereby streamliningerformance.

You are likely more than accustomed to using the Remote Server Administration Tools (RSAT) in Windows Client to manage your Server Core instances. That rule remains valid for Windows Server 2019.

The new wrinkle, of course, is that now we have the Windows Admin Center,rmerly called "Project Honolulu. installed Preview build 1808 on my Windows 10 workstation and was able to interact flawlessly with my Windows Server 2019 Server Core host.

Windows Admin Center is not (yet) intended as a replacement forhe RSAT tools or Windows Remote Management (WinRM) remoting with PowerShell. However, this lightweight web application represents an auspicious start to centralized Windows Server management.

In summary, we find that Server Core in Windows Server 2019 offers a more gradual transition path for admins hesitant to give up the GUI option, as well as streamlined Docker container image option.

I hope that you plan to transition all your Windows Server VMs to Server Core. You owe it to yourself to make your servers as performant, secure and easy to manage as possible.