What do you think about Microsoft’s new CEO?

Home Blog What do you think about Microsoft’s new CEO?

I am relieved that the Microsoft board didn’t give in to the irrational wish of the “markets” and hire one of those “high profile” managers who has no clue about the IT industry. Instead they announced an engineer as the new CEO. 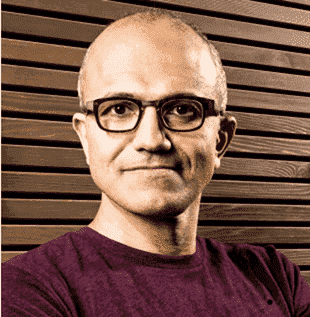 We only know little about Satya Nadella. Here are the most interesting facts:

Satya Nadella’s letter to Microsoft employees has some clues about the visions of the new CEO of the planet’s biggest software company. I must say, I like his style. Here are my favorite quotes:

I’ve asked Bill to devote additional time to the company . . . .

Our industry does not respect tradition—it only respects innovation.

I fundamentally believe that if you are not learning new things, you stop doing great and useful things..

The opportunity ahead will require us to reimagine a lot of what we have done in the past for a mobile and cloud-first world, and do new things.

To paraphrase a quote from Oscar Wilde—we need to believe in the impossible and remove the improbable.

We sometimes underestimate what we each can do to make things happen and overestimate what others need to do to move us forward. We must change this.

(The emphases in the quotes are mine.)

This morning, a reporter on the BBC World News (I forget his name) said that “the markets” (in my words the international casinos) are disappointed because an outsider could have changed the company faster. I don’t think that change alone will do it. Microsoft needs to “do new things,” things that neither the competition nor the markets can anticipate. I believe that this can only be accomplished by a CEO who “believe[s] in the impossible.”

The focus on innovation also shines through Satya Nadella’s first interview as Microsoft CEO. However, what I like most about the interview is that they are walking.

So what do you think about Microsoft’s new CEO?