Before we take a look at vLCM's new Fast Upgrades feature, let's revisit vLCM itself. Most longstanding vSphere administrators are familiar with the vSphere Update Manager (VUM), which we have long used for managing the lifecycle of ESXi hosts, including updates, upgrades, etc.

However, with the modern era of vSphere management and features, VMware has provided a new lifecycle management tool for vSphere administrators. Many of the new features and functionality found in vSphere Lifecycle Manager enable much more robust control of the new versions of vSAN and other vSphere solutions.

vLCM is a desired state, declarative model for your ESXi hosts. vLCM allows you to declare what you want the ESXi host to look like, and it makes those changes happen. In addition to applying VMware ESXi patches or upgrades, it also takes care of vendor addons, firmware, and drivers. So, essentially, you create the ESXi host's image and apply that image to the ESXi hosts for remediation. 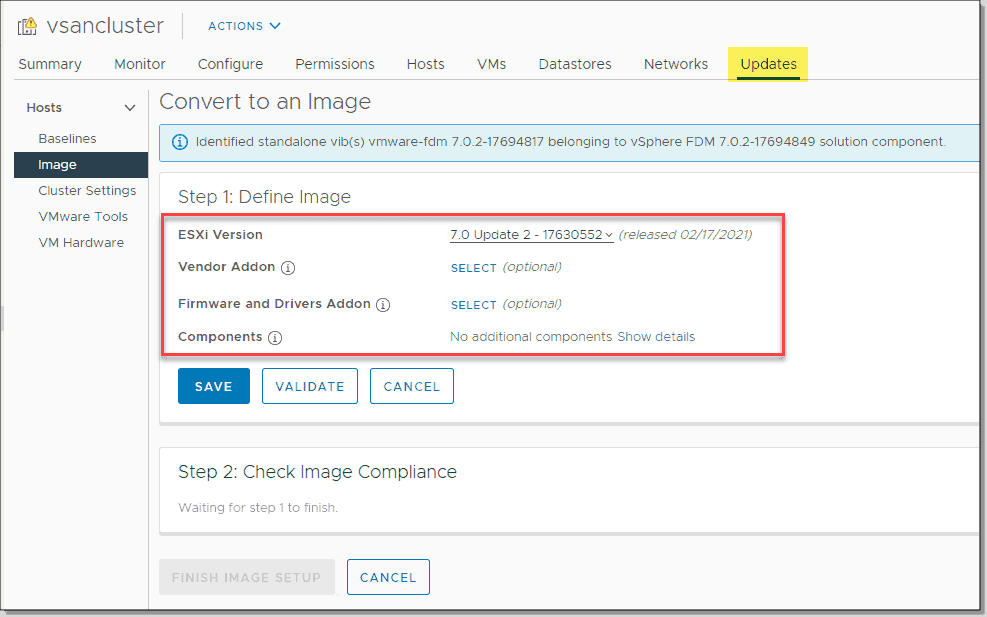 These features are especially powerful for vSAN hosts, since storage controllers and other vendor-specific hardware upgrades can be managed and performed using vLCM. It allows much more efficient maintenance windows, as all upgrades from both vSphere and OEM vendors can be completed in one fell swoop. Even with vLCM's ability to greatly reduce maintenance windows due to adding firmware and other platform updates, VMware saw more room for improvement by providing fast upgrades.

VMware vSphere 7 Update 2 has introduced several new capabilities in vLCM. As mentioned above, with vLCM, businesses can remediate hosts in a seamless and powerful way to align with business priorities. When running mission-critical workloads on vSphere ESXi cluster hosts that provide CPU, memory, and storage, you want to ensure those hosts are unavailable no longer than absolutely necessary.

If you recall, VMware introduced a relatively new feature before vSphere 7 Update 2 called Quick Boot, which helps minimize the downtime of production ESXi hosts. With Quick Boot, supported OEM vendors enable skipping the initialization of firmware and other hardware devices upon reboot. It can save a tremendous amount of time during the reboot of a server being remediated by vLCM.

In conjunction with the Quick Boot feature, vSphere 7 Update 2 has introduced a feature called Fast Upgrades. With vSphere 7 Update 2 Fast Upgrades, VMware enables preserving the state of virtual machines running on a host by suspending the virtual machines in the host memory and restoring them from memory after the host remediation finishes. What problem does this solve?

When you think about conventional host remediation, virtual machines must first be migrated from the host being patched to another host. Virtual machines with large memory assignments can require quite a bit of time to vMotion, even with fast vMotion networks. It adds to the time needed to remediate a vSphere cluster as VMs are vMotioned off and back onto each host as rolling upgrades occur on the cluster.

While this works exceptionally well and is a rock-solid process on vSphere clusters, it can require time to complete. Starting with vSphere 7.0 Update 2, you can configure vLCM to suspend virtual machines to memory. It provides an additional option to migrate them, power them off, or suspend them to disk.

There are quite a few requirements to consider on the ESXi host as well as the virtual machines. Let's note the requirements from each side.

Other considerations with vLCM Fast Upgrades

In addition to the above requirements from both the ESXi host and virtual machine perspectives, there are other considerations. These include the following:

How do you enable the vLCM Fast Upgrades for your vSphere cluster? It involves just a couple of settings in the properties of your vLCM image settings. Navigate to the Lifecycle Manager > Settings > Images > Edit screen. 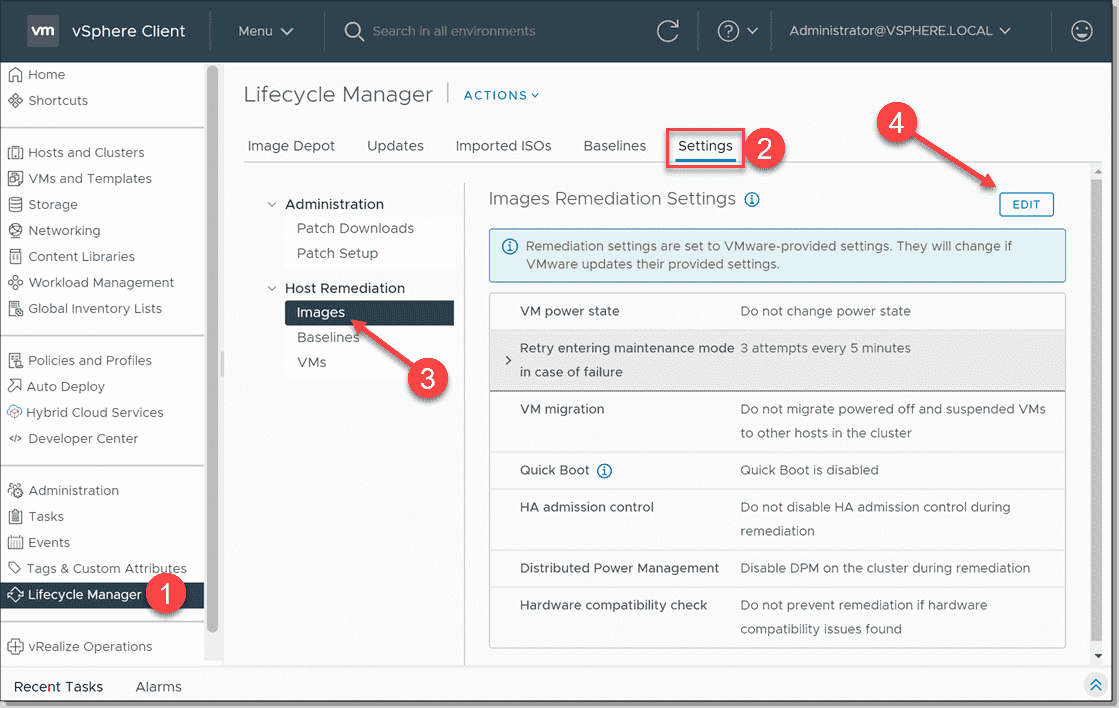 Select the Enable Quick Boot option and Suspend to memory under the VM power state configuration. 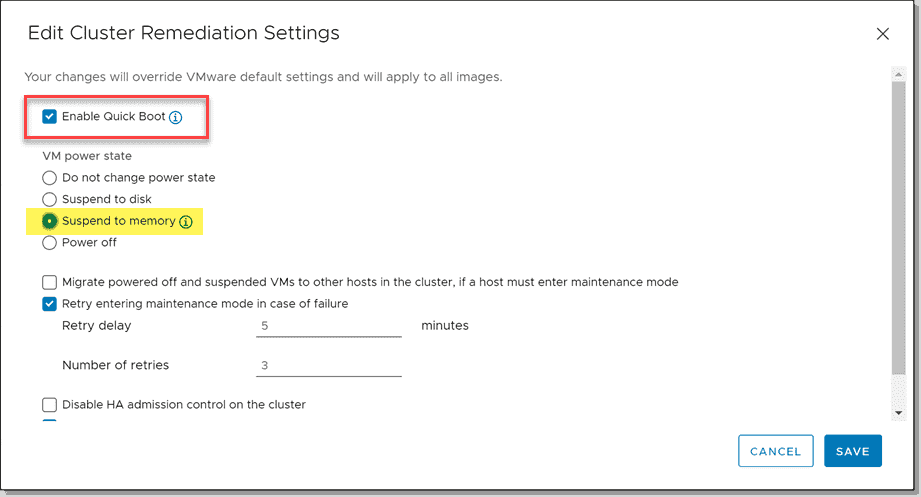 Enabling the quick boot and suspend to memory options

The new vLCM Fast Upgrade options give vSphere administrators even more control over the amount of time it takes to remediate and upgrade their ESXi hosts running in business-critical vSphere clusters. There are quite a few requirements to note with this feature from the perspectives of both the ESXi host and the virtual machines.

There are a few downsides to the Fast Upgrade process. It cannot involve any firmware updates, VMware recommends taking snapshots of critical VMs before using the suspend option, and it may not work with certain types of special-service VMs. However, for certain use cases and for the absolute quickest time to ESXi host remediation, the Fast Upgrade feature is an interesting option found in vSphere 7.0 Update 2.