Brandon Lee  Thu, May 6 2021Thu, May 6 2021  virtualization, vmware  0
VMware vSphere GuestStore is a new feature that provides a centralized repository for VMware Tools upgrades and VMware agents. What is GuestStore, and how is it configured?
Contents

VMware has been steadily improving vSphere's ability to deliver content by enhancing the functionality of Content Libraries. vSphere 7 Update 2 introduced another new feature in this category called VMware Tools GuestStore. It enables vSphere admins to distribute various content to the guest OS in the virtual machines.

A strong use case for GuestStore is to distribute VMware Tools to multiple guests simultaneously in a way that allows some degree of automation. At its core, it is essentially a directory on a shared datastore connected to multiple ESXi hosts. It has a special flag set using the ESXCLI command line utility. Using the shared datastore location, vSphere administrators can ensure distributed content is always consistent. 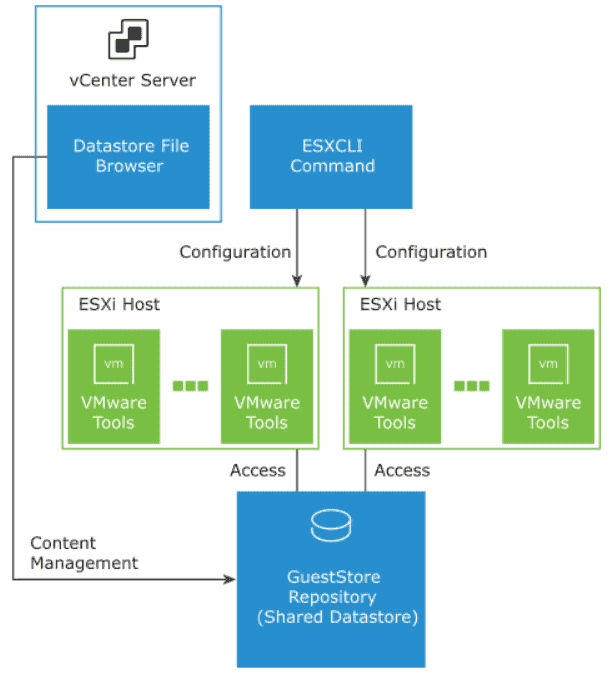 After configuring the GuestStore repository, vSphere administrators can schedule a VMware Tools upgrade when a virtual machine is rebooted. The upgrade can also be performed on an ad-hoc basis.

What other types of content can be distributed with the GuestStore repository?

VMware notes the following with regard to using the GuestStore:

There are only a couple of steps involved in actually creating the GuestStore. It involves:

Creating a new folder on a shared datastore for the GuestStore

Next, use the esxcli command to designate the GuestStore repository. The format of the command is as follows:

To find the UUID at the ESXi command line, enter:

As you can see below, the command returns the UUID, among other details. Next, simply plug in the UUID of the shared datastore in the esxcli gueststore command above. 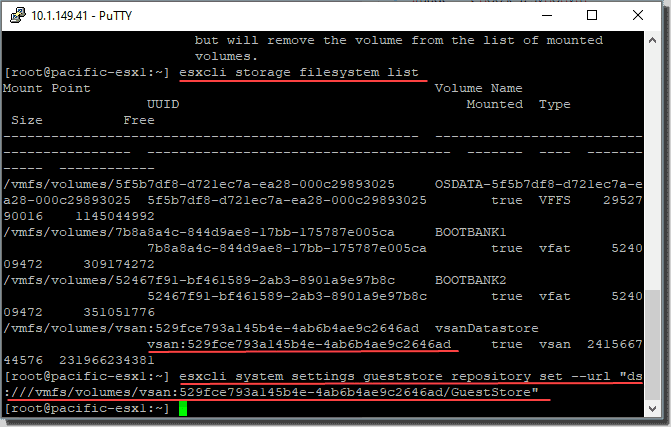 Finding the UUID and assigning the GuestStore

To verify the GuestStore repository configuration, use the command: 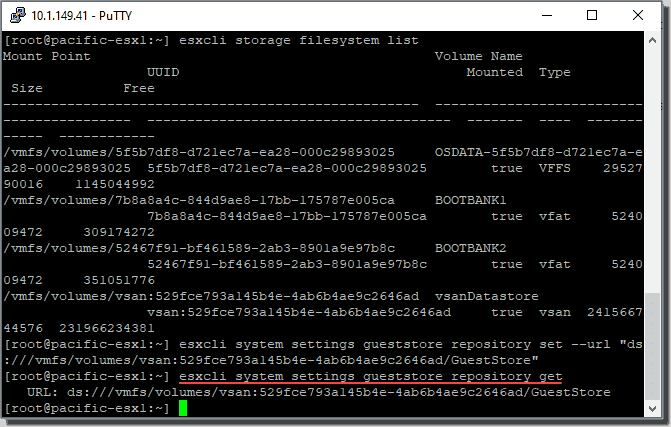 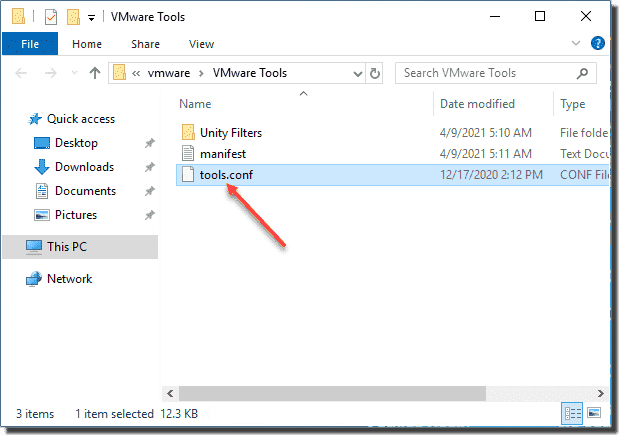 Starting with VMware Tools version 11.2.5, there is a gueststoreupgrade value in the tools.conf file that defines policy values for upgrade behavior. VMware Tools can be set to upgrade with a power cycle if desired. It will pull the latest version found in the GuestStore repository on boot. 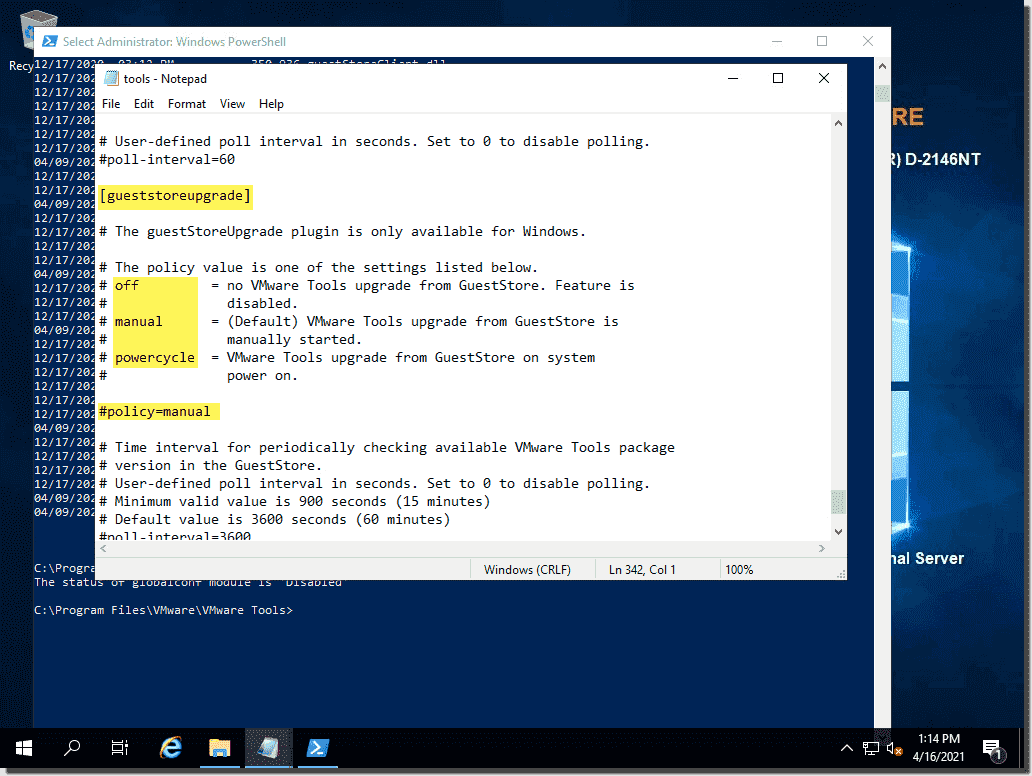 There is also the concept of configuring this setting globally in a tools.conf file housed in the GuestStore. When virtual machines have the GlobalConf module enabled, the VMware Tools installation looks in the GuestStore for the global configuration defined in the path:

How is the GlobalConf module enabled? On the virtual machine, you can check the status, enable, and disable using the following: 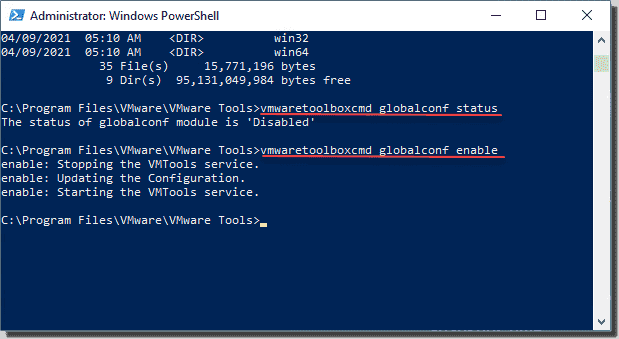 When enabled, the VM will check the GuestStore every 60 minutes by default. 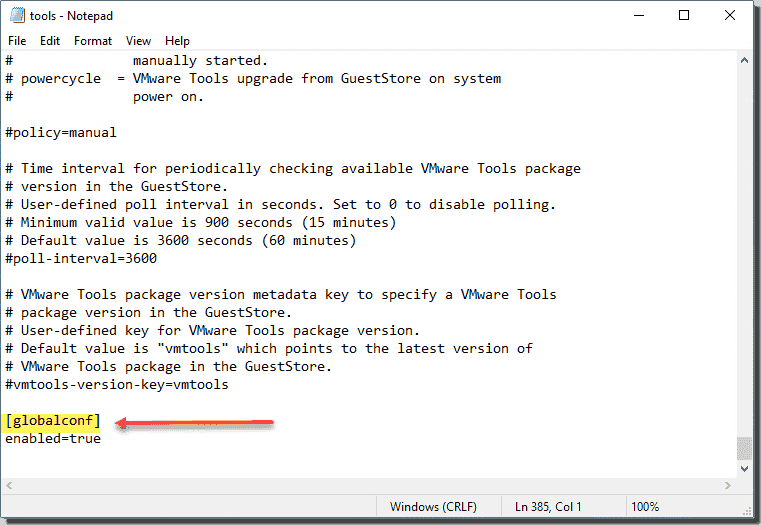 The following configuration settings can be set under the GlobalConf:

The GuestStore offers vSphere admins a new option for content delivery in vSphere environments, including VMware Tools and other VMware agents. As shown, the GuestStore is easily configured and manipulated with the VMware Tools configuration settings.