VMware vSphere licensing update 2016 – No love for the little guy

This is being done under a plan to simplify vSphere licensing, but as these changes affect the biggest and most widely used features of the Enterprise level, such as the Distributed Resource Scheduler (DRS), many will be forced to upgrade to Enterprise Plus. That means not only a one-time licensing upgrade hit—discounted 50% for now by VMware—but also increased costs for ongoing maintenance. 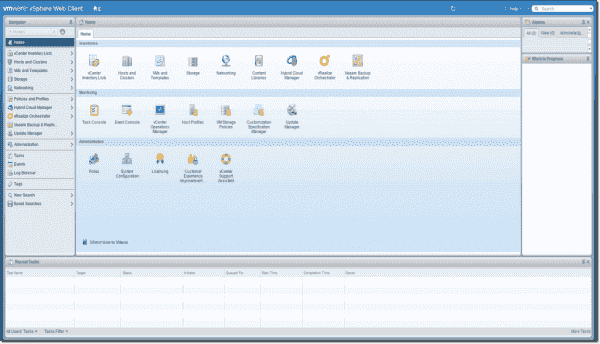 So what is going where? Not all of the features have moved up; some have moved to the Standard level. Last year, when vSphere 6 licensing information was first announced, I blogged that I was surprised that some of the older features hadn't trickled down from the Enterprise Plus level and very surprised that the Content Library was put at the top level, given that it seemed to be such an "everybody needs it" kind of feature. That has been rectified to a point: Content Library and Hot Add are now in the Standard package, but the majority of features seem to have trickled upward. Let's look at this in table form:

To me, the Distributed Resource Scheduler (DRS) is the biggie. This feature is what lets the various hosts in a cluster distribute the workload automatically between themselves. Frankly, this feature is just as important, if not more so, to the smaller customers as it is to the larger ones, as the former may not have dedicated or well-trained staff to manage their virtual workloads but instead rely on VARs or consultants. In that situation, the ability to automatically flow workloads is even more important. In fact, I've been advocating that the Storage DRS feature was a prime candidate to flow downward to match its compute version, and they have done the exact opposite, putting them both at the Enterprise Plus level.

Half of how they are dealing with this licensing "simplification" is that, for a limited time, existing Enterprise customers will be able to upgrade those licenses to Enterprise Plus for 50% off the normal rate. Unfortunately, this special rate expires June 25, six days before the new budget year starts for many State and Local Government and Education (SLED) institutions, as well as mid-size businesses that run on a fiscal year beginning July 1. Many of these organizations are now left struggling to find the money to handle this expense, as both the announcement and the end of the promotion are occurring inside of the same budgetary year. In a time when those same groups are consistently having their budgets cut, this change in licensing tiers will also increase the annual budget for support costs fairly significantly, making matters worse.

However, not all the news is bad news here. Moving to the highest licensing level will provide some nice new features, such as distributed switch, host profiles, and storage DRS. Furthermore, with only two levels of licensing now (the Essentials lines don't count), maybe some of the new features to come in the next vSphere (probably 6.5) later this year will bolster the Standard licenses, with really only the truly "Enterprise" features going to the top tier.

This is not the first time this has happened. With the release of vSphere 5 in 2011, VMware announced that the Advanced licensing tier would be going away, and at that time, everybody clamored that the smaller shops were getting screwed over. Now, five years later, here we are again. The difference to me between then and now is how many of those "I don't quite need every feature" types of customers are going to be taking a long, hard look at migration to either Microsoft's Hyper-V or a KVM-backed Hyperconverged solution, such as those from Scale Computing and now Nutanix with their Acropolis hypervisor.

Only time will tell.