Briefly, what are containers? Containers do not contain the full operating system (OS). Rather, they contain only what is needed to make a piece of software run, including libraries and settings. They are much more efficient and lightweight than full VMs.

However, the tooling and experience working with containers so far have been less than desirable. VMware recently announced the general availability (GA) release of vSphere Integrated Containers (VIC) back in April. VMware with VIC has provided a "VM-like" experience in working with Docker containers.

Let's take a closer look at VIC with Docker and get an overview of this containers technology product from VMware.

VMware VIC allows using the ESXi instance as a container host directly. The provisioned VIC host provides a simple Docker API gateway to interact and run commands against. Additionally, it presents the containers to vSphere just like VMs. Thus, you are able to use other VMware products in their portfolio along with containers, such as VMware NSX and vSAN. Again, this allows for seamless integration for VIC in the already existing vSphere infrastructure.

You may not have known the following things about VIC:

VIC has three components. Let's look at all three pieces and the role each plays in the Integrated Containers platform. 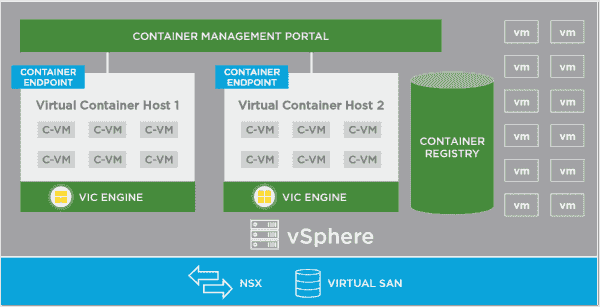 VMware has provided a simple way to stand up VIC. Using an open virtual appliance (OVA) allows easy provisioning of the container engine. As of this writing, VMware VIC is at version 1.1.1. While we won't cover the details in this post, the setup process to get up and running with containers using the VIC infrastructure involves the following: 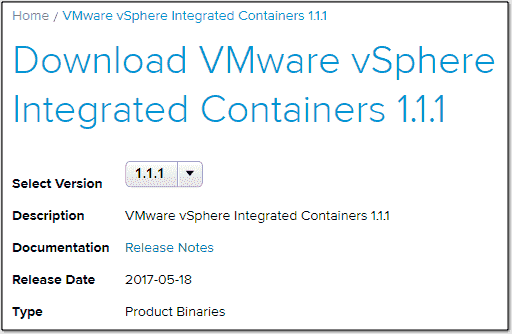 Deploying the appliance is similar to most OVA deploys, including network setup and so forth. 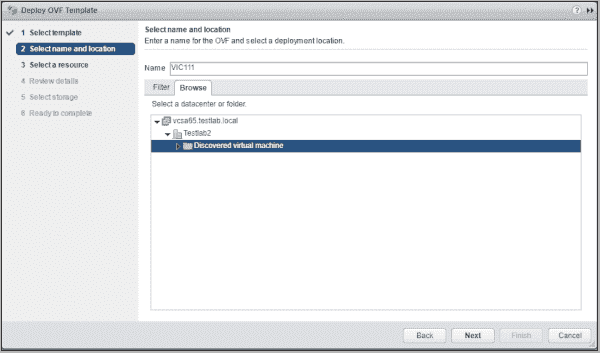 Most of the OVA platforms we see coming from VMware today are running on Photon OS, including vCenter Server Appliance 6.5. Similarly, the VIC appliance is built on top of the Photon OS platform, which is purpose-built for containerized applications using container applications such as Docker.

VMware has tweaked the code at the kernel level to be highly optimized for running containers in vSphere. Additionally, the container hosts provisioned using the VIC appliance are built using the Photon OS platform. 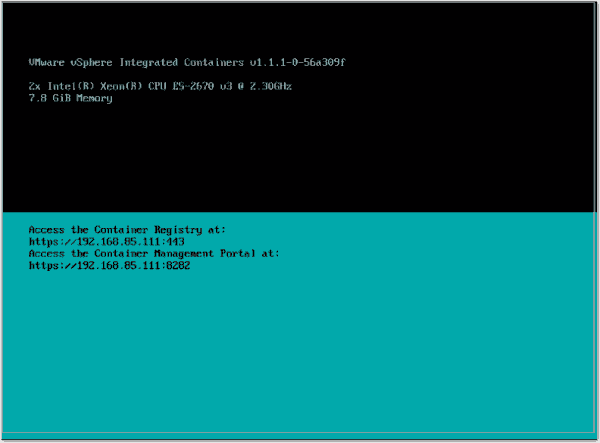 The VIC host is deployed as a vApp along with the host VM running Photon OS. 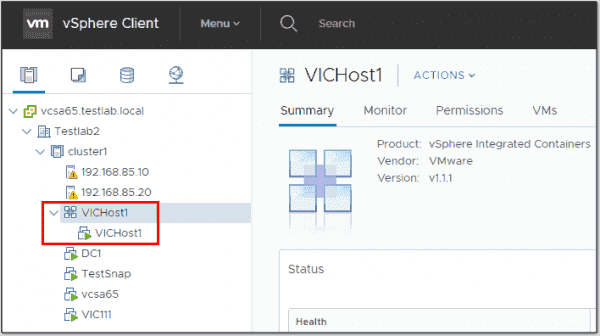 After booting the VICHost vApp and VM in vSphere

The screen below shows the VICHost1 properties after provisioning using PowerShell. We see the Guest OS details showing the Photon OS running.

Provisioning a container is an easy process using a few simple Docker commands, which are installable on Windows with the Docker Toolbox. Below, we are pulling down an Ubuntu Docker container from the online registry.

Pulling an Ubuntu Docker container from the Docker registry

After pulling down the Ubuntu Docker container, we see it provisioned underneath our VICHost1, and it looks like a VM! We can interact with it much the same way. 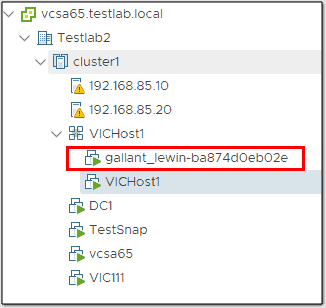 We can also use the Docker command line to start and attach to the container as shown below. As you see, we can run Linux commands interactively in the container.

VMware VIC with Docker is a great way to consume Docker containers. If you are accustomed to using VMware vSphere with all the tools, process, and integrations therein, VIC allows you to carry this skillset and tooling forward using Docker containers in vSphere.

VIC is built on Photon OS, which is VMware's cloud-native OS powering much of the newer products moving forward. VMware is supporting and innovating with the current technology found in today's traditional data centers. Yet it is also positioning the product for the future trend of using containers in tomorrow's data centers via Photon OS and VIC.