VMware first previewed functionality that would make its way to vSphere 7 in what was shown as “Project Pacific” back at VMworld 2019.  With Project Pacific functionality now in vSphere 7, VMware has rearchitected VMware vSphere so that it is an open platform that allows both IT admins and developers to interact with the solution in a programmatic way with a cloud-like experience that most are now familiar with.

In this rearchitecting of VMware vSphere, VMware has essentially combined the capabilities of the traditional vSphere software with Kubernetes in this release.  This fundamental change in the underlying engine driving the vSphere virtual infrastructure will allow vSphere 7 to be equally adept at running containers as well as virtual machines. 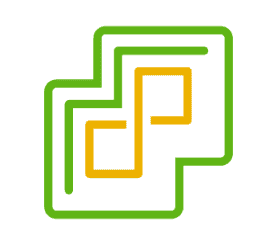 Again, the new functionality that allows Kubernetes integration is not provided by a separate virtual appliance that must be deployed as with previous solutions in vSphere.  It is part of the hypervisor itself.  Aside from Kubernetes support, there are many other great features found in the vSphere 7 release, including the following:

Let’s take a look at how vSphere 7 implements new features in each of these areas.

With vSphere 7, VMware is introducing vSphere Lifecycle Management (VLCM), which will replace the vSphere Update Manager (VUM) used for updates and other tasks in previous releases.  A paradigm shift in the way VMware is handling lifecycle management can be seen in the VLCM tool.

VMware is moving to a desired state methodology with the new vSphere Lifecycle Management (VLCM) tool.  This will allow the driving of lifecycle management consistently and effectively at scale.  Desired state methodologies have become wildly popular among DevOps engineers for configuration management.  It helps to detect configuration drift and apply “desired state” to endpoints.  In other words, how do you want the infrastructure to look?

This new approach to lifecycle management in vSphere 7 will include the ability to not only apply desired state to the software/hypervisor but also firmware for physical hardware.  This will be especially powerful in the realm of VMware vSAN 7.0.

Also new with vSphere 7 is built-in intrinsic security features.  Security is of critical concern among businesses today and especially with hypervisor infrastructure.  New with vSphere 7 is a feature called trusted computing base.  This allows organizations to lock down a set of very secure ESXi hosts and use this set of hosts for attestation to ensure other hosts are trusted and have not been modified in an unauthorized way.

You can think of the secure attestation hosts as the set of ESXi hosts that provide the model of how the other hosts should look.  This is especially valuable when you think about ESXi hosts that may not physically be in secure environments, such as edge use cases.  Also, you may be hosts that physically reside in a cloud datacenter.  Having a way to ensure the remote ESXi hosts look the same as the secure set of ESXi attestation hosts provides a great way to bolster security.

VMware has also incorporated many other great new features in this release of VMware vSphere that help to accelerate applications.  One of the next-generation technologies that businesses are taking advantage of is artificial intelligence.

VMware has included Bitfusion in vSphere 7.  Bitfusion, a company VMware acquired in 2019, is able to take advantage of GPU virtualization for the purposes of AI/ML use cases.  In addition, VMware has incorporated new improvements to vMotion as well as DRS to provide much quicker operations as well as better performance/less disruption for very large VMs during the vMotion process.

With the new release of VMware vSphere, VMware is also introducing vSAN 7 along with many new features with the new vSAN release.  These include the following:

VMware vSphere 7 is a massive release with many great new features.  VMware has completely rearchitected vSphere around Kubernetes so that it is not a “bolt-on” feature but rather a native capability within the new vSphere.  This will cater to IT operations and developers alike.

Software-defined storage moves forward in this release as well with vSAN 7.0.  The new vSAN offering will continue to simplify operations and lifecycle management for vSAN as well as extend the services offered natively by vSAN such as the new file services.

All in all, this is a great new release with many next-generation features for the software-defined datacenter, whether this exists on-premises or in the cloud.