Brandon Lee  Thu, Aug 13 2020Wed, Jun 23 2021  virtualization, vmware  0
There is a new core storage feature in VMware vSphere 7 that will eliminate the performance difference with thin provisioning. Affinity Manager 2.0 improves the write performance to your VMFS storage. Let's take a look at this new feature.

There have been many foundational improvements in VMware vSphere 7. Across the board, VMware has improved the underlying architecture of vSphere with version 7. In this version, core storage is one area that has seen tremendous development and many new features.

What is Affinity Manager and how has it worked in previous releases? ^

We have to remember that VMFS6 is a shared storage file system. This means that multiple hosts can access the file system at the same time. Resource allocations must be coordinated with the VMFS file layer. The resource manager requests resource clusters from the Affinity Manager.

Now that we understand how data writes are coordinated in vSphere releases prior to vSphere 7, let's take a look at how things have changed moving forward.

With Affinity Manager 2.0, VMware minimizes the overhead with the I/O path and VMFS. With the new approach, a new "cluster-wide view" of the resource clusters is created, so it is known how the RCs are currently allocated. Disk space is then divided into regions. 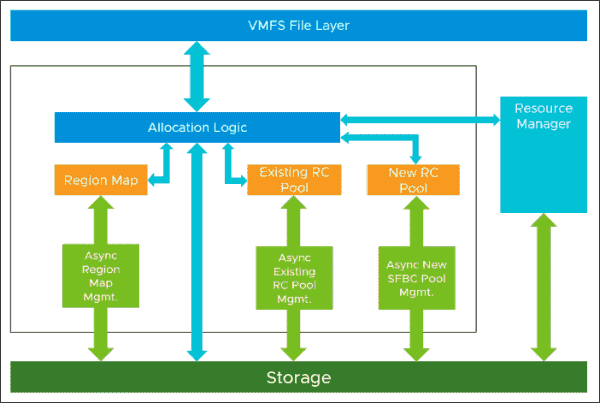 A mapping or "ranking" is created based on how many VMFS blocks are allocated for the current host as well as other hosts in the cluster. This mapping or ranking is referred to as a region map. With the new region map, Affinity Manager 2.0 can quickly obtain and supply the available resource clusters to the resource manager.

As described, the creation of the region map of available resources allows a much more efficient path for writes to the VMFS layer. How does this help in real-world applications of storage in vSphere 7?

What are the differences?

With thick-provisioned (lazy zeroed) disks, the disk created assumes all the space at the time of its creation, but the "zeroing out" operation is left until data is written. Disk creation time is very fast since the zeroing process is saved for later; however, "first" writes to this type of disk are slower since the I/O must account for the zeroing operation.

The thick-provisioned (eager zeroed) disk assumes all the space up front, the same as the lazy zeroed disk. However, it takes the additional step of zeroing out the space that is assumed. It takes much longer to initially create a lazy zeroed disk; however, it is faster and more efficient on the first write operation since the zeroing process has already been taken care of. 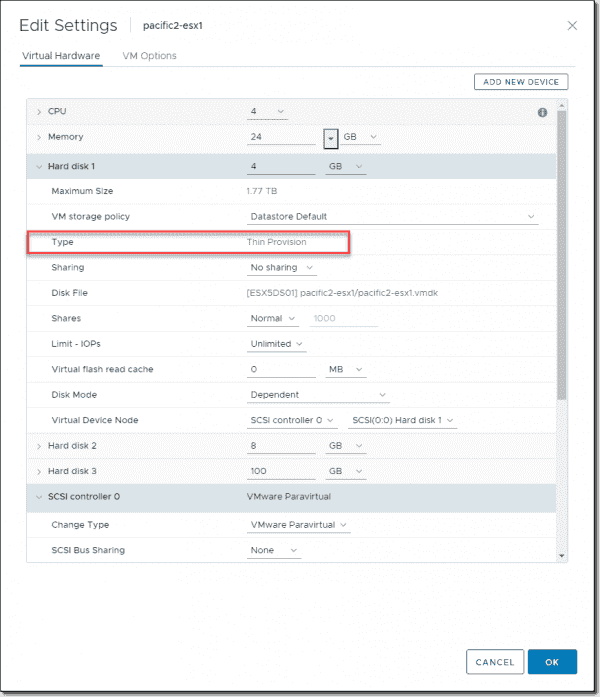 How Affinity Manager 2.0 negates the performance impact of first writes

Now, when the resource is requested from the VMFS file layer, it goes straight to the Affinity Manager. It relies on the region map to allocate resources. It places a lock on the resources, verifies they are free, and then hands them over to the resource manager.

This is a much more efficient path for file I/O writes. With this in place, the impact of the "first write," which is known to be a drawback of thin provisioning as well as lazy zero disks, is basically nullified. With vSphere 7, this may very well put to rest the notion of performance degradation for thin-provisioned disks on the first write operation.

There are a lot of improvements with VMware vSphere 7 across the board. The new storage improvements will serve to be a great performance boost for most organizations moving to the new vSphere 7 architecture. With the new Affinity Manager 2.0, a much more efficient way of handling file write operations is introduced with the new region map.