Vladan Seget  Wed, May 6 2020Wed, May 6 2020  storage, virtualization, vmware  0
VMware Site Recovery Manager (SRM) 8.3 has recently been announced. The product has been in constant evolution since 2008, when it was first introduced to the VMware community. If you're new to SRM, you should know this is the product you'll need if you're planning to put some disaster recovery (DR) scenarios in place for your company.

VMware Site Recovery Manager (SRM) 8.3 has recently been announced. The product has been in constant evolution since 2008, when it was first introduced to the VMware community. If you're new to SRM, you should know this is the product you'll need if you're planning to put some disaster recovery (DR) scenarios in place for your company.

VMware SRM 8.3 has some significant new capabilities. Beginning with its previous release, SRM is delivered as a virtual appliance, so you no longer need the Windows OS to deploy it. The 8.3 release of SRM introduces VMware VVol support, allowing you to replicate VMs stored in VVol datastores on the source and destination sites. This is interesting, since VVols are granular (1 VVol per virtual machine), and you can replicate a single VM as the smallest entity.

vSphere Replication 8.3 is a product that works hand in hand with SRM for VM-based replication. It is a very cost-effective solution for SMBs willing to replicate VMs to remote locations. In fact, the product is included with every vSphere version free of charge. 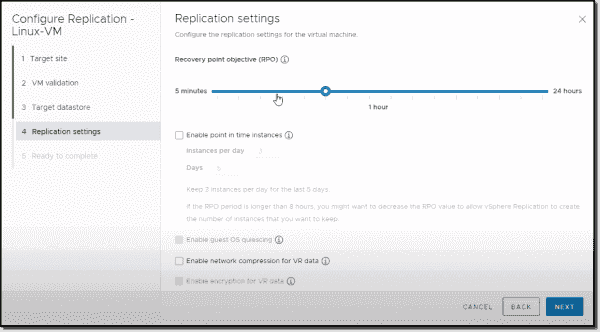 However, it's only with SRM integration that this product really shines, as SRM offers the orchestration and automation tasks that VR does not have. Hence, you must buy SRM to automate your DR plans; otherwise, you'll need to do some manual tasks.

VVOL support: As mentioned, you can now configure the source and destination for replication on VMware VVols. All the VMs that are part of VVol datastores and that are protected by array-based replication are automatically protected using the storage policy, which has definitions for VM protection. Note that your storage array must support VVols. 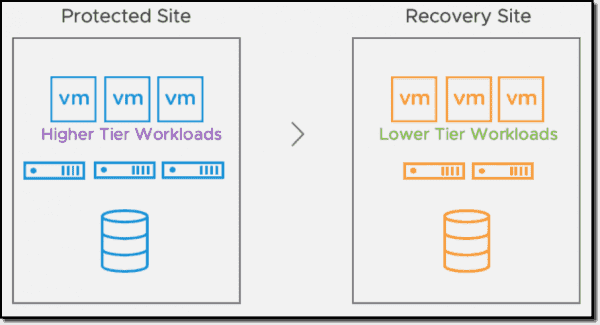 Automatic disk resizing: Say you replicate a VM to a remote location and you resize the source VM's disk(s). Previously, you had to manually go into the SRM console and change the replica disk at the destination. Now it is all automatic.

VR import/export config: Now you can export the VR configuration and import the configuration when reinstalling or redeploying the product. (Note that this feature is only available via a CLI.)

Performance improvements: For initial and ongoing synchronizations, the product has improved its performance. It does not compare checksums for empty disks. The product also skips read operations while performing the initial sync and just replicates the data to the destination folder instead.

The new export tool: The tool ​can preserve all mappings not configured with the "use site-level" option during import. The "export/backup" option can be part of the recovery plan.

vROPS Management pack for SRM 8.3: This feature allows you to monitor the connectivity between SRM servers, the availability of a remote SRM server, and the status of protection groups and recovery plans in SRM. You can see the unconfigured VMs that are part of a PG and list VMs associated with PGs.

vROPS Management pack for VR 8.3: This feature shows you the top ten VMs with RPO violations and ​replication lag time.

Dedicated view in vSAN dashboard: vSphere Replication data usage and consumption on the vSAN datastore has a dedicated view for checking vSAN capacity consumption reporting in the vSphere client.

You can put a simple replication of VMs in place from one site to another via vSphere Replication software very easily. VR is free and bundled with every release of vSphere. If you want some orchestration, automation, and the re-IP of VMs to match the remote site IP scheme, then you'll need SRM software.

VMware is pushing everything to Linux, especially their Photon OS Linux distro, which is maintained by VMware. This is very important from a security standpoint as security patches and vulnerabilities can be released faster.