Brandon Lee  Thu, Oct 10 2019Thu, Oct 10 2019  networking, virtualization, vmware  0
VMware NSX is the premier enterprise networking virtualization platform. VMware has introduced NSX-T along with NSX-V. What are the similarities and differences between the two? Let's take a look at both solutions and their use cases.

VMware’s NSX Data Center is the leading enterprise data center network virtualization platform. It has been widely adopted as businesses face new challenges in terms of security, compliance, and automation. If you have been monitoring the NSX Data Center platform over the past couple of years, you have no doubt noticed there are now two versions of the NSX Data Center product.

These include the original NSX-V and the new NSX-T network virtualization platform. What are the differences between the two platforms? Which version would you choose if you were performing a greenfield installation? Is there a migration path? Let's take a closer look at the similarities and differences between NSX-V and NSX-T and see how they relate.

What is network virtualization? ^

It is notoriously challenging to implement changes in a network in an agile, flexible way. Changes to the network might require days to weeks of waiting for the network team to implement changes. Today's environments move at a pace where traditional networking is very restrictive and impedes progress in deploying infrastructure.

One of the main reasons that NSX-V relies so heavily on vCenter Server is the requirement for vSphere Distributed Switches (VDS), which are required by NSX-V services. The VDS is only available if you have vCenter Server in the environment.

NSX-V is now considered to be the legacy solution to implementing network virtualization, even for VMware vSphere environments. It was originally developed for on-premises environments and use cases with VMware vSphere, which VMware and its customers are moving away from. However, NSX-V still has the widest selection of supported customer integrations of VMware's network virtualization solutions, and many security and other vendors have supported integration with NSX-V.

NSX-V management can be accessed easily using the vSphere Client. This makes administration of the NSX-V solution familiar and intuitive for vSphere administrators.

VMware NSX V plugin can be accessed in the vSphere client

If you have been following NSX for the past couple of years, all the excitement with NSX is now focused on NSX-T. What is NSX-T? NSX-T is “T” for Transformers. It is VMware's new approach to network virtualization, which enlarges the scope past VMware vSphere.

In fact, NSX-T is a supported solution that can be implemented on physical hardware, VMware vSphere, and KVM hypervisors. It is also the underlying network virtualization solution for the VMware Cloud on AWS and provides the networking under the hood for Amazon's AWS outposts.

What about the technology itself? Is it the same as NSX-V?

There are certainly similarities in the two solutions. Both NSX-V and NSX-T virtualize the network layer so that networks can be created logically and span physical network underlays without reconfiguring physical network devices for implementation.

Both NSX-V and NSX-T enable logical switching, distributed logical routing, and implementing micro-segmentation. Another interesting similarity is that (at least for now) a license key for NSX Data Center can also be used for either NSX-V or NSX-T. Starting with NSX-T Data Center 2.4, VMware has essentially reached feature parity with NSX-V, so this is no longer a reason for restraint in deploying NSX-T.

While their general feature sets certainly have many similarities at a basic level, there are some fundamental differences in the technologies and how they are implemented. 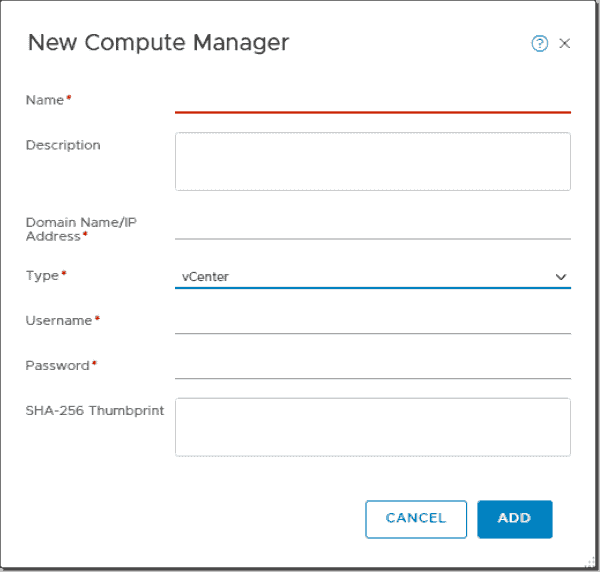 NSX-T N-VDS switches can be viewed from the vSphere Client, but you cannot edit the N-VDS from your vSphere Client outside of viewing. You must manage the switch from the NSX-T Manager.

NSX-V vs NSX-T: Which should you install? ^

As shown, there are certainly similarities between NSX-V and NSX-T. However, there are also major differences in the platforms. Which solution should you deploy? The answer may depend on your use case, what you are looking to achieve, and your comfort level.

At this point, it would not be wrong to install or continue to make use of NSX-V. VMware is continuing to support and develop NSX-V for the time being. NSX-V at this time also has the widest partner and third-party integration. You may have an integration that your business absolutely depends on, which has not yet been introduced in NSX-T. So you would want to continue with NSX-V.

If you are installing a greenfield deployment of VMware’s NSX solution and there is no lack of partner or third-party integration that would hold you back, you would certainly want to consider deploying NSX-T. NSX-T is the way forward for NSX with both vSphere and all other deployments. The writing is on the wall for NSX-V – at some point in the future, NSX-V is going to be a deprecated product and all new development and features will be introduced only in NSX-T.

If you do install NSX-T, you must be aware of the change in management and workflows with regard to deploying and configuring NSX-T. This includes creating, configuring, and managing network components from the web interface of the NSX-T Manager and not from the vSphere Client connected to vCenter Server. 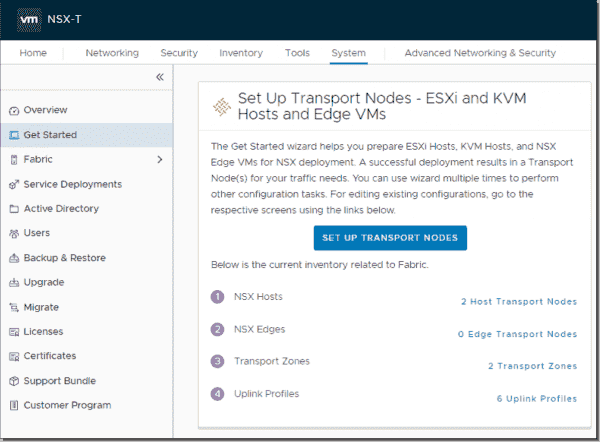 There is also a path to migrate from NSX-V to NSX-T. VMware has built an NSX-V-to-NSX-T migration utility in NSX-T that will provide a way forward to NSX-T to customers who may need to deploy NSX-V due to partner integration.

VMware NSX allows you to move at a quick pace when it comes to network provisioning, configuration, and automation. Virtualizing the network layer allows overcoming challenges that are simply not possible with physical networks. Today, if you are planning on deploying VMware’s NSX solution, you will have a choice to make.

VMware’s NSX-V solution has been around for quite some time and is the de facto option for VMware vSphere environments running vCenter Server. However, NSX-T is the new way forward for NSX virtualization. NSX-T is no longer tied to vCenter Server and provides options that span beyond vSphere and into other hypervisors, even into the Cloud.