Wolfgang Sommergut  Tue, Sep 1 2020Tue, Sep 1 2020  deployment, storage  3
Since many new computers don't have DVD drives, you can install operating systems from a USB stick onto which you copy the ISO file. If you don't want to assign only one image to the memory stick, you can save several ISOs on it using Ventoy and start them from a boot manager.

Using USB sticks as boot media is a popular choice not only because of the lack of DVD drives but also because it is too cumbersome to burn optical disks. Copying downloaded ISOs onto a memory stick is much easier.

Installing Ventoy on each memory stick ^

Popular utilities like Rufus or Microsoft's Media Creation Tool don't just copy an ISO image onto the stick. Rather, they create a bootable media onto which they unpack the operating system files contained in the ISO. A single image thus always occupies the entire memory stick, which is often many times larger than the capacity of a DVD or the typical size of an ISO image. 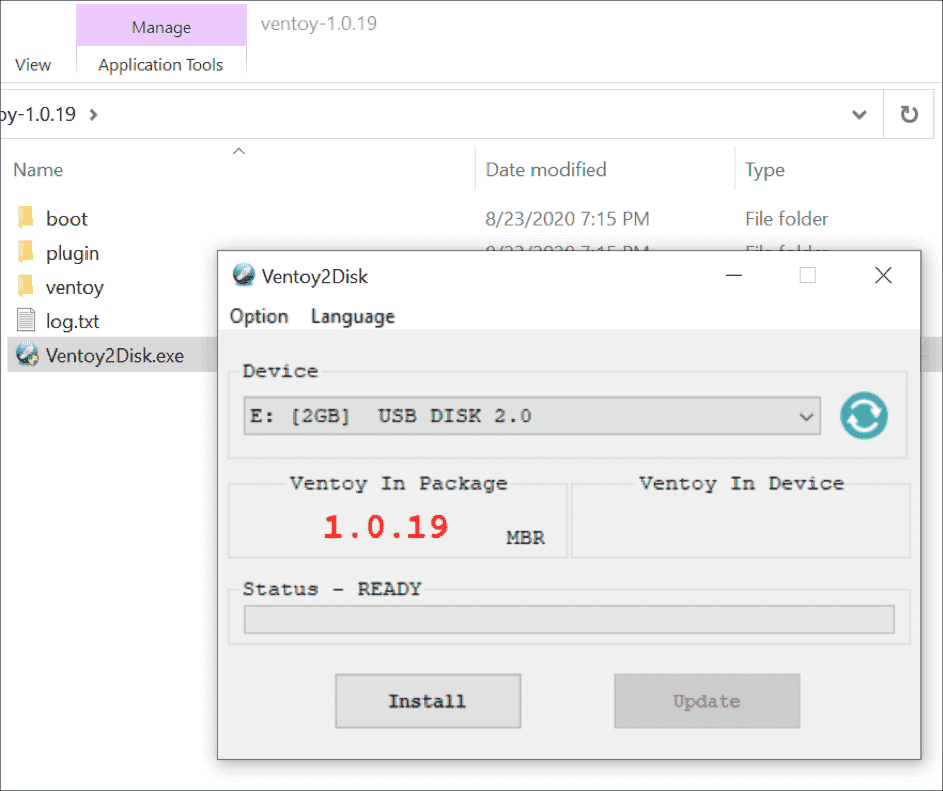 For this reason, the open-source tool Ventoy takes a different approach. It must be installed on each USB drive, where it will set up two partitions. One of them is very small, at 32MB. It contains, among other things, the GRUB boot loader.

Partition at your disposal ^

The second partition is formatted with exFAT by default, but you can change it to a different file system later. The user then copies their ISO files to this partition and, if desired, also into different subdirectories. Ventoy searches these for ISO images at startup and displays them in the boot menu, from which they can be started directly without being unpacked. 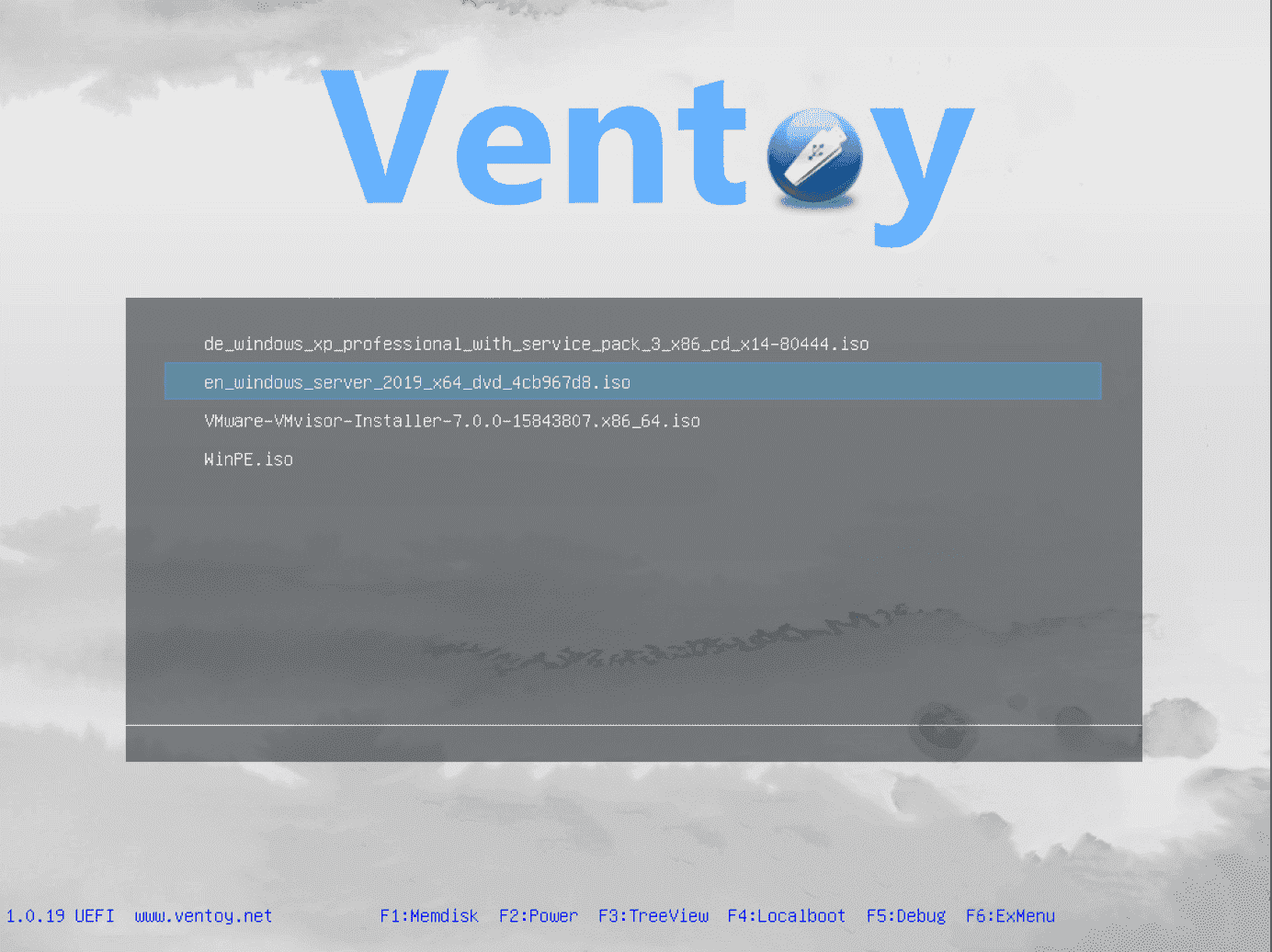 In this way, admins can, for example, store different Linux distributions, Windows PE, or ESXi on a single memory stick and boot the OS they need from there. The OS can then be installed on an internal drive as needed. You can also store any other file type on this partition for normal use of the USB stick.

On BIOS computers, it might happen that an operating system cannot be started directly from the ISO. In this case, Ventoy offers Memdisk mode, which is activated with the F1 key. This mode ensures that the entire ISO is first loaded into memory and then started.

According to the project's homepage, Ventoy has been tested with more than 470 ISO files to date. In addition to ISO images, which can be larger than 4 GB, this tool also supports images in the WIM, IMG, and EFI formats. Particularly interesting for the installation of Windows is the option to control setup execution via an answer file.

Ventoy is available in versions for Windows and Linux. The Windows version comes as a ZIP archive, which you only have to unpack. The actual installation then takes place for each USB stick.

The tool can be downloaded from the project's website.