Veeam has long been a household name in the enterprise data center space. They have pioneered industry-leading features and capabilities that have allowed companies to protect their data running in enterprise workloads more effectively. Recently, Veeam released Veeam Backup & Replication v11. The release includes many significant new features. This review of new features will look at the new functionality included in Veeam Backup & Replication v11 and see how they raise the bar for enterprise data protection.

The new Veeam Backup & Replication v11 is a massive release with many major new features. Out of the 200+ enhancements contained in the release, there are seven significant new features to note. These are: 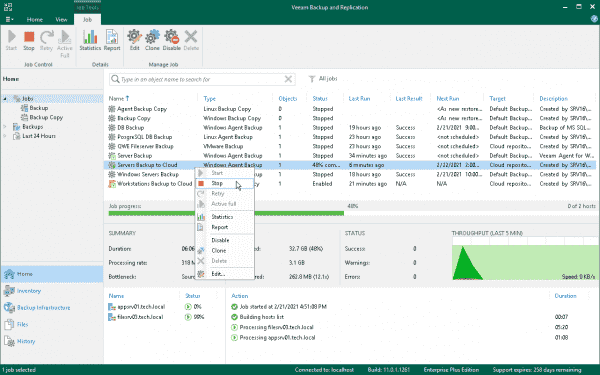 CDP is the "holy grail" of data protection, as it means little-to-no data loss. With traditional backup solutions, including Veeam pre-v11, organizations had to leverage snapshot-based data captures. The lowest RPO achieved was around 15-minute intervals for a typical virtual machine. The snapshot-based backups divert the virtual machine I/O so the backup solution can effectively copy data from the underlying virtual disks. 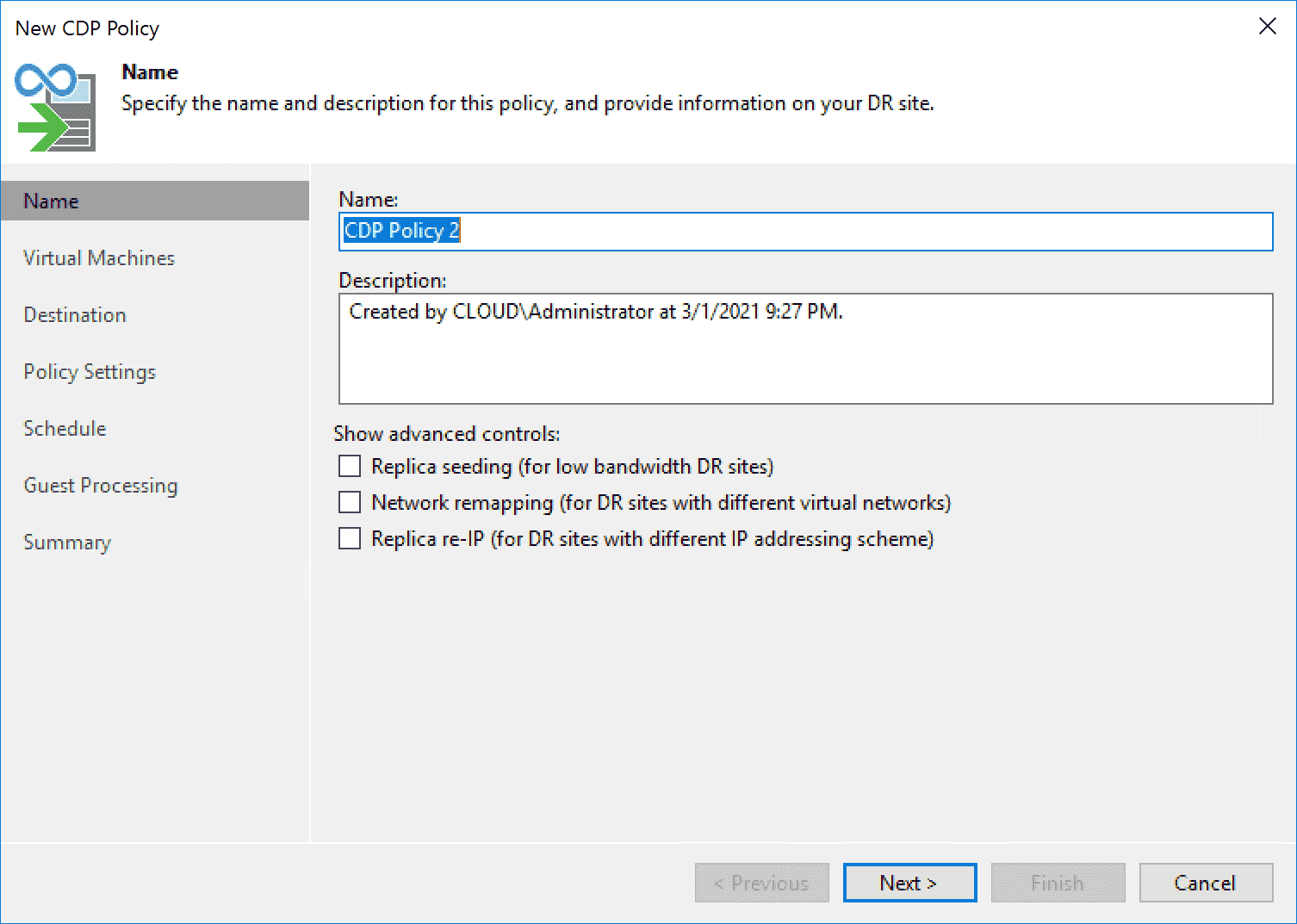 CDP has been a feature long requested in Veeam Backup & Replication. It was rumored to appear in v10. However, that did not happen. Veeam instead saved this feature for their v11 release. Veeam loads special I/O filters on each source and destination vSphere cluster ESXi host with CDP. The I/O filters have the ability to capture I/O changes and replicate these changes on the destination vSphere replica.

This new feature in Veeam Backup & Replication v11 was inspired by Amazon S3's Object Lock feature. With S3 Object Lock, organizations can effectively make objects within the S3 environment immutable or unable to be changed, modified, or deleted. However, this has long been a cloud feature lacking in the enterprise data center, especially for backups.

Veeam has brought the same functionality to the new hardened Linux backup repositories with immutable backups. The new hardened repositories are compliant with the SEC 17a-4(f), FINRA 4511(c), and CFTC 1.31(c)-(d) regulations. They can effectively prevent ransomware encryption or accidental/malicious deletions. The great thing about the new feature is it is based on "bring your own" Linux, so there is no vendor hardware lock-in. 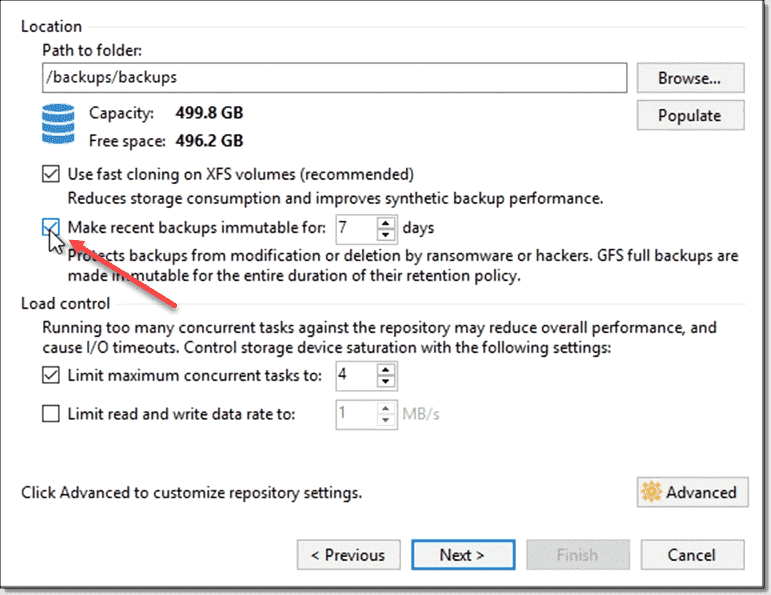 Setting the backup immutable flag on a Linux repository

One of the hugely popular use cases for cloud storage over the past several years and one that is continuing to grow is that of long-term archival storage. Veeam has continued to include an expanded selection of cloud storage for use with storing backup archives. New with Veeam Backup & Replication v11 is the ability to store backups natively in Amazon S3 Glacier (which includes Glacier Deep Archive) and Microsoft Azure archive storage. 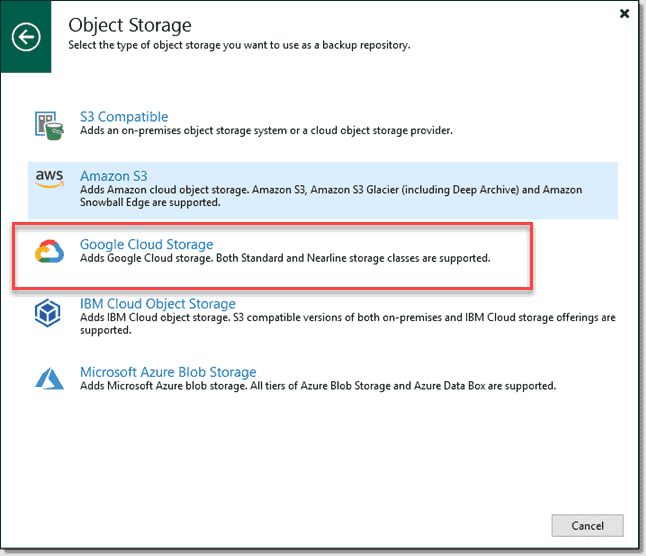 Veeam was the original innovator of the instant recovery feature, which enables the recovery and accessibility of data directly from the backup repository. This greatly reduces recovery time objectives (RTO). New with Veeam Backup & Replication v11 are expanded instant recovery capabilities:

Concurrently with the Veeam Backup & Replication v11 release, Veeam is releasing a new Veeam Agent for macOS-powered devices. Veeam has been steadily strengthening its physical agent offering over the past couple of years. The new Veeam Agent for Mac will undoubtedly be a welcome addition for companies using Apple macOS devices.

With Veeam Backup & Replication v11, BaaS and DRaaS are delivered and integrated into Veeam v11 thanks to the new Veeam Service Provider Console v5. The latest version contains many new improvements and features, including expanded backup management for Linux and Mac, and monitoring and reporting capabilities for both AWS and Azure backups. There are also many security features built in, such as multifactor authentication and insider protection services.

Wrapping up and impressions ^

With these two new features, Veeam helps ensure data is protected with near-zero data loss and your backups are not affected by ransomware. In addition to these new features, the new Veeam Mac agent and new cloud capabilities that add Google Cloud Storage along with the new Archive Tier make this the best Veeam release to date. You can download Veeam Backup & Replication v11 here.