Jörgen Nilsson  Fri, Apr 22 2016Wed, Apr 20 2016  deployment, patch management, sccm, system center, windows 10, wsus  7
According to Technet documentation, Windows 10 will receive two to three new feature upgrades per year. The update from Windows 10 1507 to 1511 is one of those feature upgrades. When using System Center Configuration Manager (SCCM) for a Windows 10 upgrade, you can either work with SCCM’s Windows 10 Servicing feature or use a Task Sequence.

Both methods have their advantages and disadvantages, and you might run into a few issues. When doing an in-place upgrade, some settings and customizations that we normally make, such as deploying a customized Start menu, a new background, and so on might be lost after the upgrade. 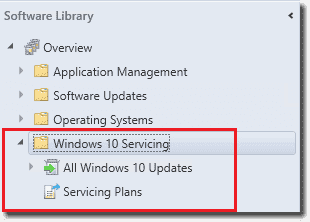 Configuration Manager also gives you a nice view of the Windows 10 versions used in your network. 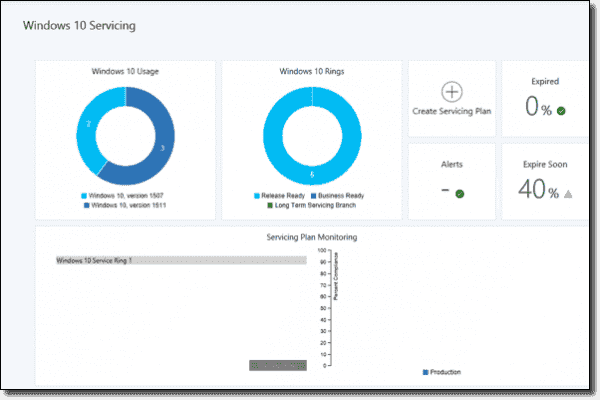 There is also a little chart that shows the Windows 10 versions currently available with their support end dates.

An Automated Deployment Rule (ADR) in SCCM can be used to assign a branch to a computer collection, and you can configure how long to wait on installation after a Windows 10 version has been released.

Note that if you are on 1511, you should block the updates you don’t want to deploy in the WSUS Administration Console; otherwise, WSUS will download all the available updates for Windows 10. This is fixed in 1602. 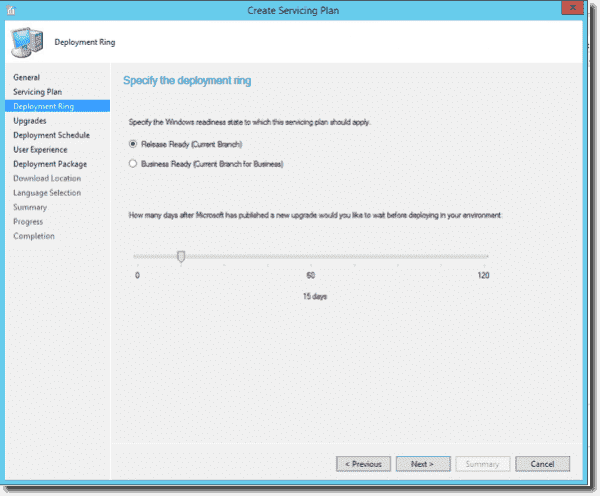 A downside of this method is that you lose many of tweaks that you performed after the first Windows 10 installation, such as changing the background, replacing default pictures, and uninstalling built-in-apps (many of them provide no business value). Here is a screenshot from a Windows 10 1507 installation before it was upgraded to 1511. 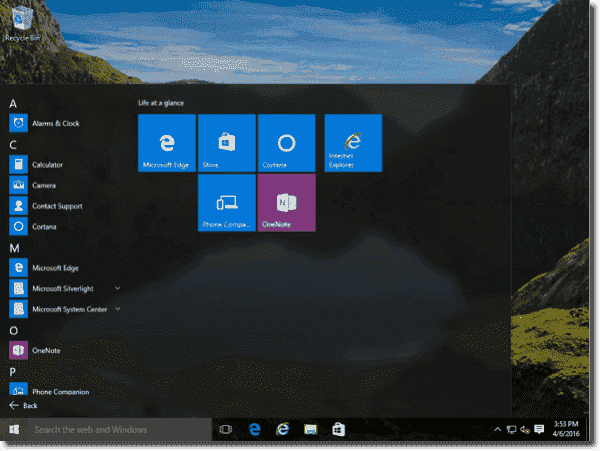 In the next screenshot, you see the same Windows 10 installation after the upgrade to 1511 using a standalone installer, either WSUS or SCCM. All default apps have been reinstalled. 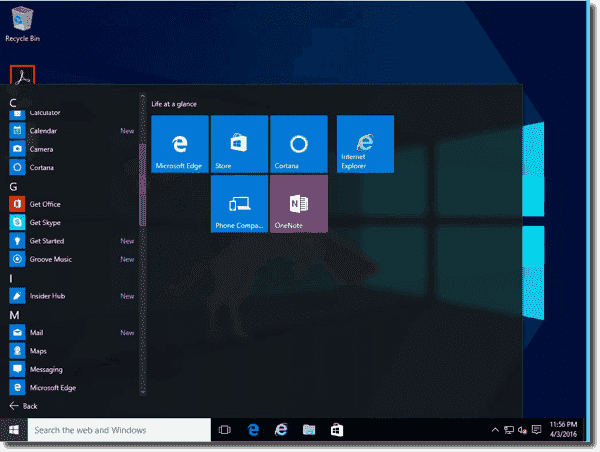 Windows 10 installation after the upgrade to 1511

Other examples of lost tweaks are:

Another example is shown in the screenshot below. The “Hide notification while presenting” setting will be reset to its default configuration. 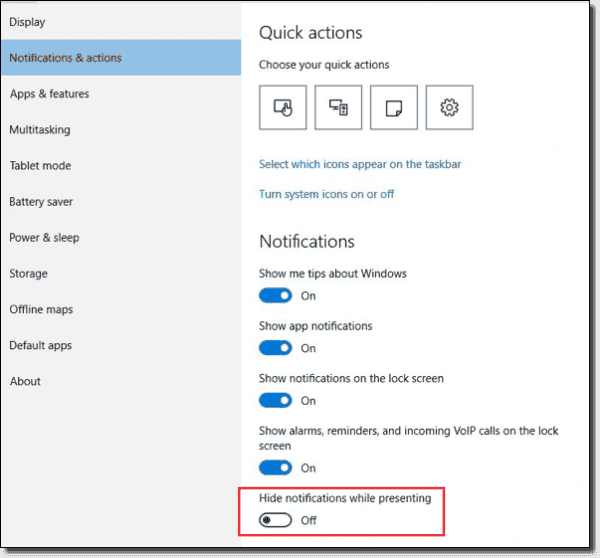 A Task Sequence in SCCM is mainly designed for deploying operating systems, but it can also be used for software deployments that require the execution of multiple steps in a controlled order. 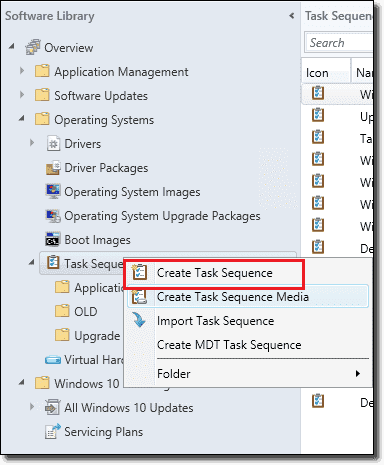 In Configuration Manager CB, there is a built-in Task Sequence template to do an in-place upgrade of Windows 7/8.1 to Windows 10. However, you can also use it to upgrade Windows 10 1507 to 1511. When you start the wizard to create a new Task Sequence, you will see a new option: 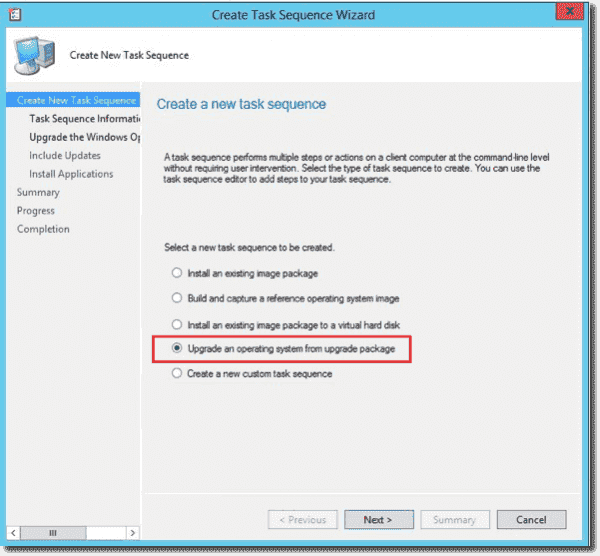 The advantage of using a Task Sequence is that you can reapply branding and uninstall any unwanted apps once again.

However, after upgrading computers this way, you’ll run into the following issues.

Issue 1:
After the upgrade is complete, the Configuration Manager client might no longer be working. An additional step that runs Repair SCCM client and then reboots the computer solves this problem. 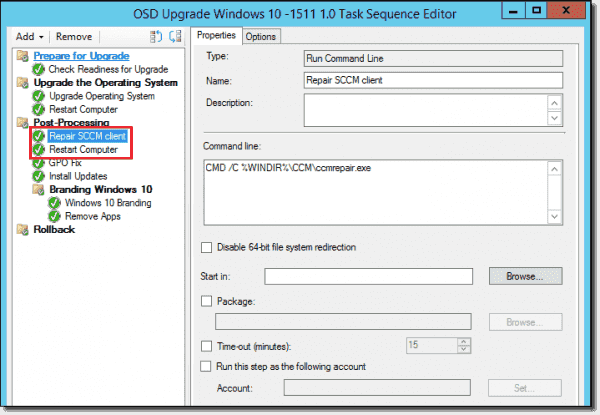 Issue 2:
When logging on the first time after the upgrade, you might receive the error message The Group Policy Client service failed the sign-in.

This problem has existed since Windows 8.1, and the same solution can be applied: 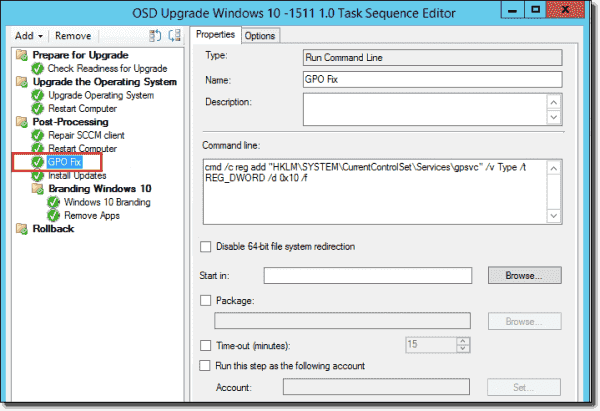 Microsoft has to fix a couple of issues to guarantee a smooth Windows 10 upgrade process. In particular, it would be helpful if Windows configurations did not revert to the default settings. Currently, admins have to start from scratch again after every upgrade or users have to be trained for the new work environment.

Leave a reply to Jonn Click here to cancel the reply