OneNote is now free for Windows and Mac. The note-taking software was already available for free on Android and iOS. By the way, we had a discussion about Evernote vs. OneNote in the forum and, I must admit, I underestimated Evernote back then. I only knew the Windows version, which I (still) find quite ugly. However, on Android, Evernote definitely beats OneNote. At the moment, I am working with both programs because I have so many notes in OneNote. I am gradually moving to Evernote because I work with notes on my phone more than on the PC. At my current speed, it will take at least a year until all my notes are transferred. If Microsoft is now getting serious about OneNote on Android, I will move everything back. I mean, free is definitely cheaper than not free. 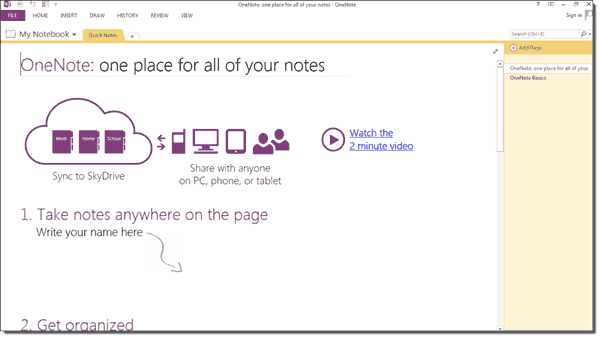 Every few months, new rumors about Office for iOS crawl through the news sites. Not that there is any confirmation from Microsoft. Everyone seems to be excited that Microsoft’s new CEO, Satya Nadella, will say something about “cloud and mobile computing” at a press briefing on March 27. Well, doesn’t he do that since he ascended the throne? It would certainly fit in with the story about the strategy to deemphasize Windows. Thus, I guess sooner rather than later, the iPad fans will have their Microsoft Office. Mary Jo Foley appears to have the biggest number of unnamed sources. So let’s link to her.

Microsoft released Office Configuration Analyzer Tool 1.2. Last year, we had a review of version 1.1. For an overview of the new features, check out this betanews article.