Thoughts about Google's Linux distribution - A threat to Windows? 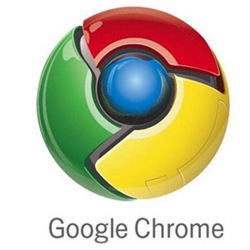 It was wise of Google to wait on the announcement of Chrome OS until the Michael Jackson funeral was over. Otherwise, the web might have collapsed. On the other hand, I wonder what took them so long to finally release their own Linux distro for PCs. Many had expected this already years ago.

Yes, I know, it will probably be a Linux distribution that is different compared to the countless other Linux operating systems. The post at Google's weblog lets us only guess what this Chrome OS could look like. I think this is the key paragraph:

The software architecture is simple — Google Chrome running within a new windowing system on top of a Linux kernel. For application developers, the web is the platform. All web-based applications will automatically work and new applications can be written using your favorite web technologies. And of course, these apps will run not only on Google Chrome OS, but on any standards-based browser on Windows, Mac and Linux thereby giving developers the largest user base of any platform.

So basically, it is Linux that comes with only one application and that is Google's web browser Chrome. It is interesting to note that Microsoft announced their own browser-based OS Gazelle in February, and again a few days ago, but it passed unnoticed by the media.

It is hard to tell how similar both products will be. Of course , Microsoft's will build on Windows, while Google on Linux. However, from the user's perspective, it won't make much of a difference what operating system manages the hardware, if the only software it can run are web apps.

Some Windows admins might wonder now if it is time to look for another job, because once operating systems and applications don't have to be deployed anymore, the demand for IT pros in corporate environments could decrease significantly. Yes, this prediction is very old and, so far, it only was a nice fairy tale. However, sometimes such developments just need time. It has been predicted for years that ebooks will replace pbooks some day, but it never happened. But since Amazon came out with the Kindle, the eBook has begun its triumphant progress.

The question now is whether Chrome OS is the Kindle of the software market. First of all, it is quite likely that Chrome OS won't have more capabilities than Linux-based netbooks. While it seemed, for a while, that Linux would be able to cut out Windows in this field, things have changed again recently. Now Windows is also dominating the netbook market. Early netbook users were quite frustrated when they realized that they couldn't run common Windows apps on them. But owners of Windows-based netbooks are not much happier. It did not surprise me when I heard that most netbook owners are dissatisfied with their devices. The reason simply is that netbooks are not "bloated" enough to run modern applications.

I am using quite a few web apps, but the Windows applications I use outnumber browser-based programs by far. More interesting is that I have abandoned some prominent web apps in favor of their Windows pendants lately . For example, I have been using Gmail for quite some time. But now I am back to Outlook. Only after I switched back did I notice how huge the difference really is. Gmail is only a little toy compared to Outlook. Outlook Web Access is a little better, but even though it looks pretty much like its big brother, most people prefer the Windows version and use OWA only when they have no other choice.

Personally, I think it is rather naive to believe that a tiny browser OS can ever replace a bloated operating system like Windows. Even when some parts of an application are running in the cloud, you simply need a fat operating on the desktop for a rich user interface. In particular, new developments such as 3D user interfaces , virtual reality, augmented reality, speech recognition, etc. will need fat hardware and a fat operating system that provides fat APIs for fat user interfaces. Slim browsers either become fat or they would  be unable to cope with this development.