Mike Taylor  Wed, May 21 2014Fri, May 23 2014  patch management, system center, systems management  1
This is the first of a two-part article on System Center Updates Publisher (SCUP) 2011. Today I will explain what SCUP is and how you can use it for third-party patch management on Windows machines.
Contents

Keeping computers updated can often be one of the most challenging tasks in IT. As there is a lot of code with a lot of holes, and given that not everything has been written with a full understanding of security, there is lots of patching to do. Microsoft addresses this with Patch Tuesday, but these patches only affect Microsoft’s own products. This leaves a worrying gap. In 2010, Secunia published a report that said third-party apps were more vulnerable than the Windows.

Adobe is perhaps the worst patching offender, releasing frequent updates for Flash, Adobe Reader, and Adobe Air. Although it is tempting to let these apps update themselves over the Internet, doing so opens the door to chaos. In a true managed environment, that approach is not acceptable. In a secure environment with no Internet, it’s not even possible. 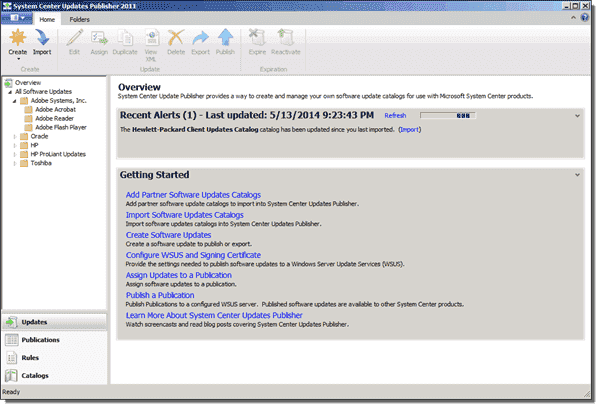 The SCUP prerequisite is WSUS 3.0 SP2. So, when you install SCUP, the first thing it does is install a hotfix for WSUS 3.0 SP2. If you have multiple WSUS servers, you will need to push the hotfix to each one. Note that SCUP only supports Vista and Server 2008 or later.

Given the security implications of software updates, once you install SCUP you have to install certificates on the target machines. You can use a self-signed certificate from WSUS or use a PKI-generated one. The choice is yours.

With the setup and prerequisites complete, you can start configuring updates. Updates center around two things: catalogs and software updates. The big difference is simple. You download catalogs from third parties that contain lists of vendors and their product updates, whereas software updates are custom installs you supply. 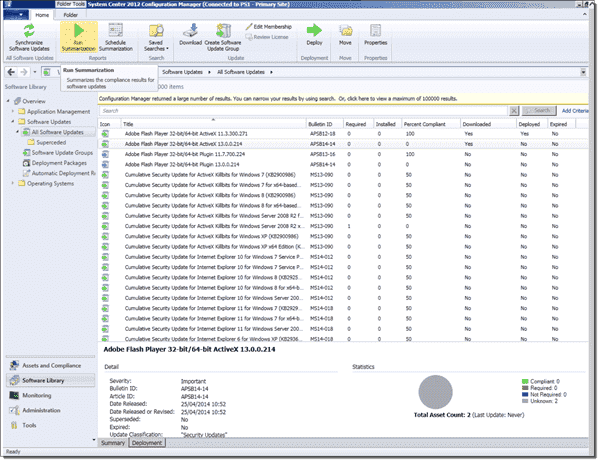 You now simply synchronize the Update Point for the updates you published to appear.

Using SCUP 2011 will help you save a lot of time and money by automating the deployment of third-party updates through its tight integration into Configuration Manager. The more frequently a vendor updates its software, the more time you save.

In my next post, I will explain how to create a custom SCUP catalog.