Mark it on your calendars: Quarter 4 will be a big one for Microsoft! Well, at least if you care about System Center. Keeping pace with their new flight/release cycle, the Configuration Manager team recently released System Center Configuration Manager Technical Preview 3 (SCCM 2016 TP3). As before, the focus continues to be additional Windows 10 support and builds in high availability. In this guide, we will cover the new features found in SCCM 2016 TP3, how these compare to prior TPs, and what we can expect before the final release in Q4.

Installing SCCM 2016 in a lab environment ^

Any System Center administrator should strongly consider running an SCCM 2016 environment in a dedicated test lab. The UI for SCCM is not a major change (as it was in 2007 through 2012), but administrators can play with all of the new features discussed below. 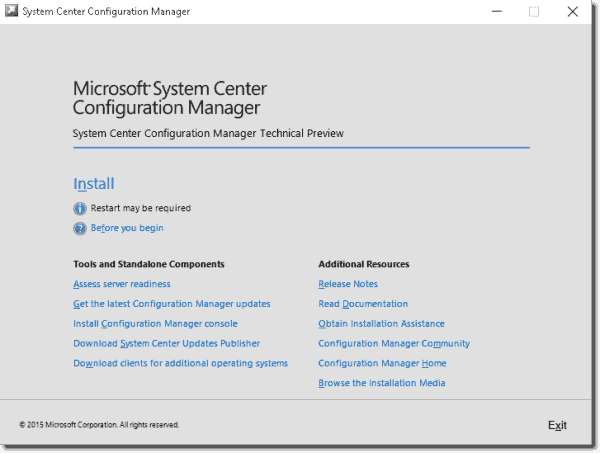 Due to Microsoft’s frequent flight program, these evaluations are only valid for 60 days. Because the installation is very straightforward, Microsoft is encouraging administrators to update their SCCM 2016 lab environments to the latest release with each TP. The installation will require activation, but no product key will need to be entered.

Windows 7 through Windows 10 devices are supported as clients. However, there is a 10-client limit in terms of management. Because this installation is for testing only, the SCCM site infrastructure is limited to a single standalone primary server. There is no CAS or secondary site support in this release. There is also no support to upgrade from a prior build to this release and no planned support to upgrade to a later build (such as SCCM 2016 TP4).

Granular management for any Windows 10 devices with SCCM 2016 ^

When talking to my non-techie friends, I have a hard time explaining why Windows 10 is such a huge deal. No matter how excited I get, they do not understand how awesome it is that the Windows 10 OS runs on the smallest core devices, such as phones, as well as on full-touch wall panels . Managing all of this is why I am so hyped about SCCM 2016.

Each technical preview of SCCM 2016 brings deeper integration with Windows 10. The Configuration Manager team’s stated goal is “full support for client deployment, upgrade, and management of Windows 10.” As simple as that sounds, managing every facet of Windows 10 is a difficult task. With one tool, Microsoft is making it possible to manage Windows 10 on your users’ mobile devices as well as on their traditional desktop computers. 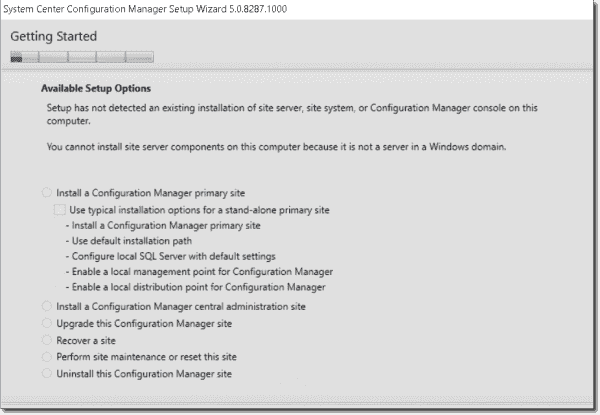 A big part of this goal is application management. Gone are the days of pushing a simple MSI and being done with it. This release allows for the deployment of Windows Business Store applications. TP3 also supports the deployment of required applications with SCCM 2016 through an on-premises MDM. This feature relies on Microsoft Intune configured in a hybrid setup. The hybrid setup allows for granular management of Windows 10 mobile devices that do not connect to a public network.

Common device examples include Windows Internet of Things (IoT) devices and Windows Embedded devices. This builds on the hybrid feature and the Universal Windows apps support for Windows 10 deployments that were introduced in previous SCCM 2016 TP releases. To provide an easier method of managing mobile devices, on-premises MDM now includes updates for the bulk enrollment of Windows 10 devices. 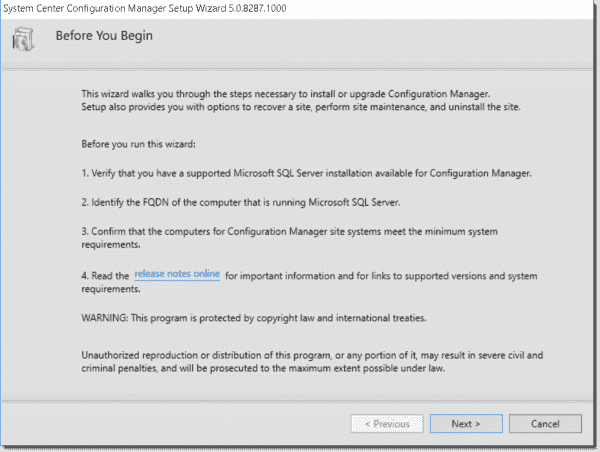 Let it be said that the Configuration Manager team does build out the most requested features. We saw this with the automatic client upgrade feature in SCCM 2012 R2 SP1/2012 SP2. We see it again with cluster-aware settings in SCCM 2016 TP3. Patching clusters has always been a pain, and administrators typically handled this by leveraging SCVMM and SCOM.

Cluster-aware settings make updating so much easier. Updates can be deployed to a cluster, and the cluster administrator can determine the total percentage of servers needed to remain online during the maintenance process. Each update setting has pre- and post-configuration tasks that can be linked to them. These can almost be thought of as Task Sequences for clusters. Closely related is the ability to run software update cleanup tasks. These are not restricted to just cluster configurations, and these tasks can be triggered directly in the Configuration Manager console.

I hope I am not the only one out there who is excited about SCCM 2016. Between hybrid device management and increased resiliency, SCCM 2016 is shaping up to be a worthy upgrade. If you have any feature questions (or just want to share my enthusiasm), just leave a comment below!