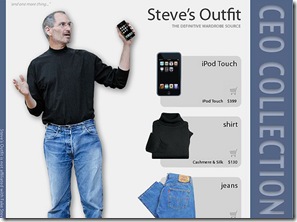 “Snow Leopard goes head to head with Windows 7” This is the title of an article published at eWEEK some days ago. It is a classic example of a review comparing Windows and Mac OS X. I usually find OS comparisons a bit childish because they remind me of sandbox discussions of who has the coolest tricycle. However, I can't keep myself from commenting on this article. I know that many IT decision makers were influenced by this type of analysis when the Vista bashing flu was spreading fast. Journalists whose brains were infected by this virus tended to recommend giving up on Windows entirely and switching to a really cool operating system, which is usually presented by a cool CEO with stylish sports shoes, stylish jeans and a stylish black shirt.

Well, stylish or not stylish, cool or not cool, I am sure those organizations who followed this advice have regretted it by now. The aforementioned eWEEK article focuses not on the coolness feature, but mostly on OS features, sales numbers, and similar arguments. In my view, neither style nor OS features should have any influence on the decision of which OS you deploy next. It is interesting to note that most of those articles don't even mention the only factor that is really important when it comes to the decision of which OS is the best choice for the corporate network.

As an IT pro, you already know what I am talking about. It is not the operating system itself that really matters; the only thing that counts is the ecosystem in which the OS is embedded. Independent software vendors (ISVs), independent hardware vendors (IHVs), independent service providers (ISPs), and your partners, all live in this ecosystem. If you stand outside, things will get complicated and usually expensive. Microsoft's biggest achievement is not Windows or Office; it is the ecosystem they have built up over the years with much diligence. Apple was never interested in such an ecosystem because they always wanted to be the center of the universe, often resulting in rude behavior directed against partners, the media, and even customers.

I must admit I haven't touched a Mac for quite a while. I am sure Apple has added many great new features since then. But I am not really interested in those features. If they are good, then Microsoft will add an enhanced adoption sooner or later to Windows anyway. To abandon an ecosystem just because of some gimmick features, or because you want to be a cool Mac, is highly irrational.